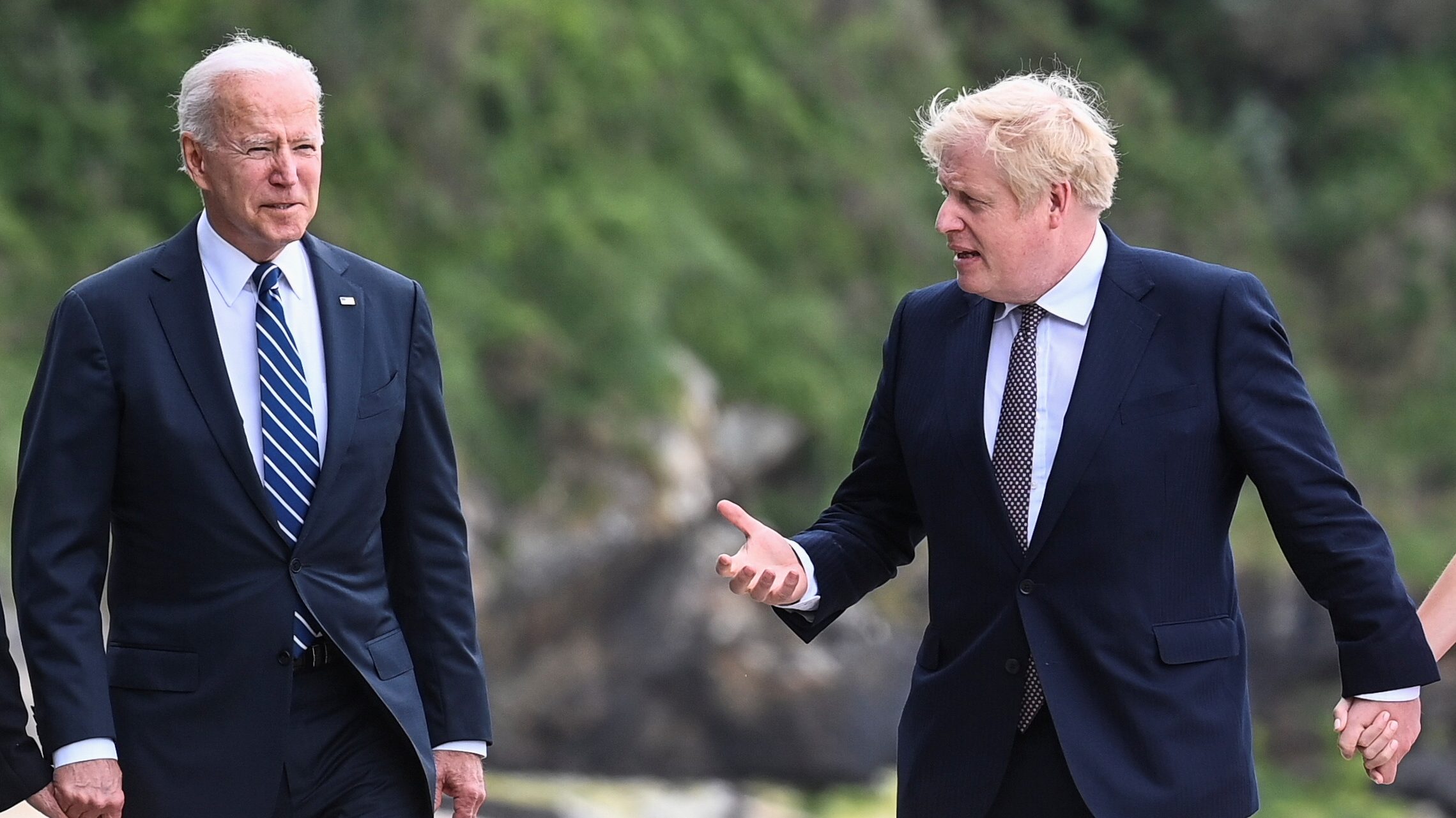 Climate change is sure to be on the table at the annual G7 meeting in southwest England this week—in particular, the need to make what UK prime minister Boris Johnson called in May “a substantial pile of cash” available for poorer countries that are bearing the brunt of climate impacts they did little to cause.

The G7 is already taking steps forward on climate

In the past two months, G7 governments have taken some important steps forward on climate finance. On May 21, the group’s environment ministers said they would “phase out new direct government support for carbon intensive international fossil fuel energy,” although they didn’t specify a timeline.

On June 5, the group’s finance ministers said they support requiring companies to disclose their climate-related risks in financial statements, which could also help shift capital away from coal-fired power plants and other high-carbon investments. And on June 7, the G7 agreed for the first time on a tax deal to set a minimum corporate tax rate of 15%, which could help raise funds for climate action.

How much impact can the G7 have?

While the G7 doesn’t include major emitters and fossil fuel financiers like China, Russia, and India, its decisions set the agenda for more inclusive summits later this year, where climate will be a key issue, including the G20 in Rome in October, and the global climate summit—COP26—in Glasgow in November.

“These events create a ripple effect,” said Surabi Menon, vice president of global intelligence at ClimateWorks Foundation, a San Francisco-based nonprofit that tracks global climate finance. “Other countries need to feel pressure from the G7 in order to come up with bold statements on what they can do domestically.”

But when it comes to cash on the table, most G7 countries—especially the US—are woefully behind. In a new analysis, researchers at the UK-based Overseas Development Institute (ODI) compared G7 countries’ actual climate finance commitments to what ought to be their fair share of a goal first set during the 2009 Copenhagen climate summit for rich countries to raise $100 billion annually by 2020. Estimates of how much has been raised toward that goal vary depending on accounting factors, but all sources agree that it’s at least a quarter shy.

Is the G7 contributing its fair share to climate finance?

The ODI analysis divides that $100 billion between the G7 and Australia, based on a calculation of each country’s cumulative emissions since 1990, its population, and its gross national income (i.e., its ability to afford contributions). By that standard, the US should be paying nearly half the total, but under president Joe Biden has committed just $2.5 billion per year (up from about $1.5 billion under Donald Trump). France and Germany, meanwhile, are paying more than their fair share.

These numbers are subject to debate, because the Copenhagen agreement was vague about what should actually count as climate finance, says Sarah Colenbrander, director of ODI’s climate and sustainability program. For example, ODI didn’t count private-sector finance that governments helped raise; another widely-cited estimate of commitments by Oxfam is even lower because it doesn’t count loans or anything other than no-strings-attached grants. And Canada, Italy, and Japan have so far not said what they plan to commit after this year, which could change at this weekend’s summit.

Meanwhile, most of these countries continue to pour money into fossil fuels domestically, significantly outweighing their contributions to climate adaptation abroad. According to a June 3 estimate by the advocacy group Oil Change International, G7 countries collectively spent an average of $86 billion annually between 2017-19 on fossil fuels, four times their spending on clean energy. And in their pandemic domestic recovery packages, the G7 and Australia have spent a total of $203 billion on fossil fuels, compared to $164 billion on clean energy, according to Energy Policy Tracker.

All of this is a big problem for the global climate. A June 9 report by the International Energy Agency projects that in order to stay within the Paris Agreement global warming limit of 1.5 degrees Celsius, clean energy investment in developing countries must reach $1 trillion by 2030, from just $150 billion in 2020. Unless the richest countries expect the poorest to pay to clean up their climate mess, the G7 is running out of time to put its money where its mouth is.