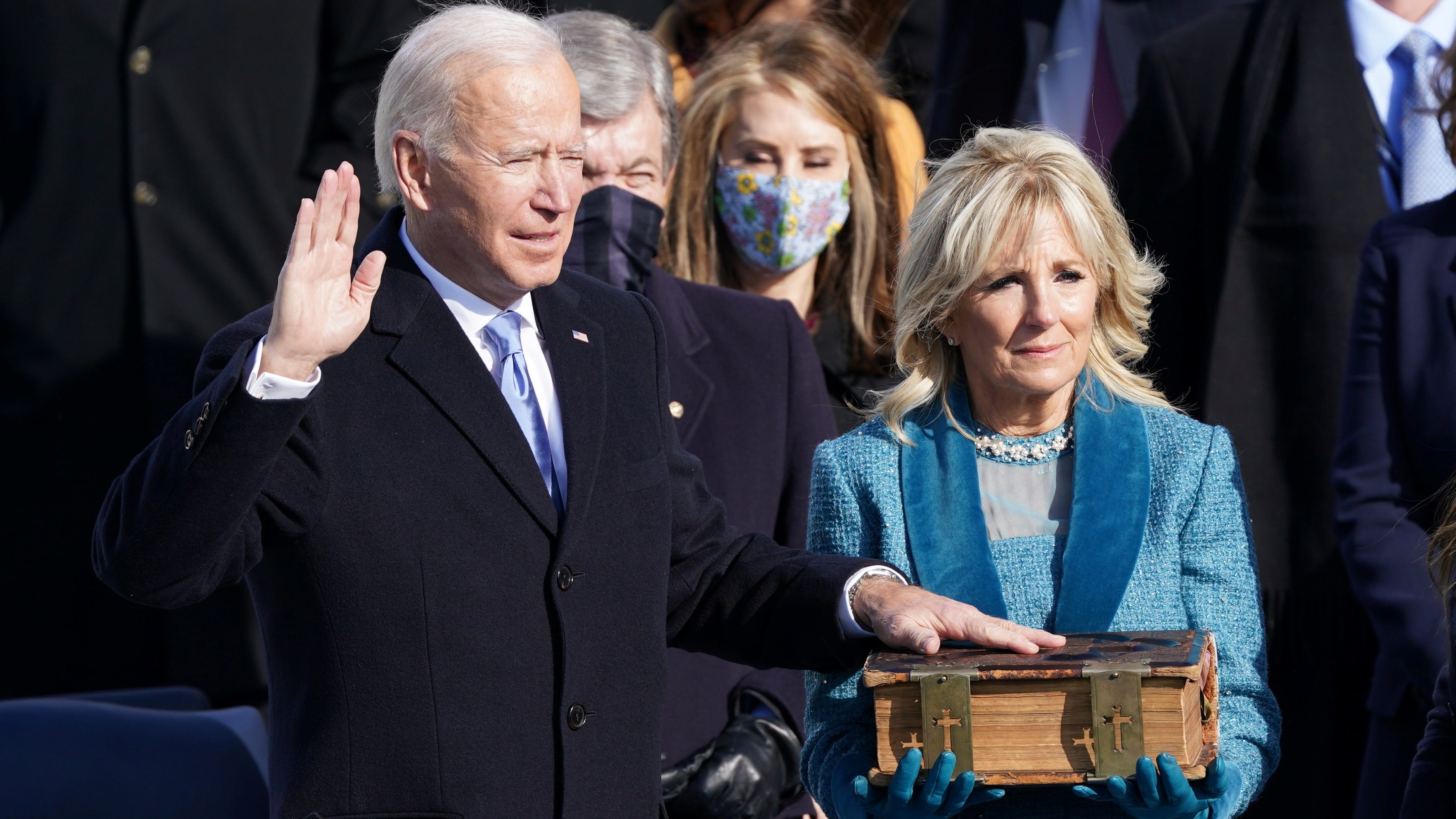 It is both a lofty and necessary goal. Unity is Biden’s only path to swiftly address the country’s spiraling health and economic crises in the wake of a president who derived his legitimacy from sowing division and distrust. “We must end this uncivil war that pits red against blue, rural versus urban, conservative versus liberal. We can do this if we open our souls instead of hardening our hearts, if we show a little tolerance and humility, and if we’re willing to stand in the other person’s shoes,” Biden said during his address.

Trump, by contrast, used his 2017 inaugural address to undermine the American public’s faith in the benefits of cooperation domestically and abroad. Four years later, the pandemic’s global nature and its economic repercussions have made clear that the isolationism of the Trump era did little to protect the American worker.

At the same time, the pandemic has underscored how the US’s lax approach to global market forces, which was largely maintained through the Obama years, also left American workers vulnerable. Biden’s task, then, is to convince Americans that there is a viable middle path to shared prosperity, one that unifies notions of global openness and cooperation with stronger worker protections.

Biden’s cabinet nominations suggest he’s off to a good start. Janet Yellen, the president’s pick for Treasury secretary, a venerable labor economist, has earned the respect of Democrats and Republicans alike for her shrewd, unbiased approach. She will assume the daunting task of rescuing the American economy with perspective gleaned from its highest possible vantage points: as chair of the White House’s Council of Economic Advisers, chair of the Federal Reserve, and, if confirmed, as Treasury secretary. As such, she is well-versed in the importance of the central bank and Treasury working in tandem to coax a recovery.

She also understands better than most how to navigate the risk of inflation—both economically and politically. As a monetary policymaker, not only did she prove to be one of the Fed’s most accurate forecasters, but also managed to gain the backing of hawks and doves in hiking interest rates. On fiscal policy, she has argued both sides of the coin—advising against stimulus spending when deemed unnecessary shortly before Obama’s term ended, and now for it in response to the pandemic.

Gary Gensler, Biden’s nominee to lead the Securities and Exchange Commission (SEC), similarly bridges diverse points of view. He made his name in Washington as a fierce regulator of the Commodity Futures Trading Commission, where he wrote rules to rein in the bloated derivatives market, largely blamed for the financial crisis. But he is also a creature of Wall Street who made partner at Goldman Sachs at age 30 and stuck with it for 18 years. Democrats are looking to Gensler to ramp up investor protections and company disclosures on the environment, diversity, and worker pay. Wall Street, by contrast, may be comforted by Gensler’s financial acumen and caution about market disruptions.

Biden has been equally thoughtful in his pick for the top trade-policy job. Trade lawyer Katherine Tai was central to bridging the divide between Democratic lawmakers and the Trump administration on the US-Mexico-Canada trade agreement (USMCA), which Trump signed last year to replace the North American Free Trade Agreement (NAFTA). “The president-elect’s vision is to implement a worker-centered trade policy,” Tai said in her first speech since her nomination. The USMCA, a possible model for Biden’s trade policy, focuses on domestic manufacturing jobs, and tougher environmental and worker protections.

Tai, a fluent Mandarin speaker who has litigated US trade disputes with China at the WTO, would likely favor working on China with US allies through the WTO, in contrast to Trump’s unilateral approach of, for example, slapping tariffs on Chinese goods. And yet, Tai is wary of the threat posed by China, an economy she has characterized as “directed by central planners, who are not subject to the pressures of political pluralism, democratic elections, popular opinion.”

If the greatest risk to the economic recovery is political gridlock, these nominations suggest that Biden’s commitment to unity isn’t political bluster. Republicans and Democrats have spent months failing to agree on an economic rescue package to supplement the one that took effect in the spring, despite massive small business failures and rising jobless claims. Financial markets are already celebrating the prospect of a unified front to finally figure it out. Congress should feel good enough about Biden’s intentions to do the same.