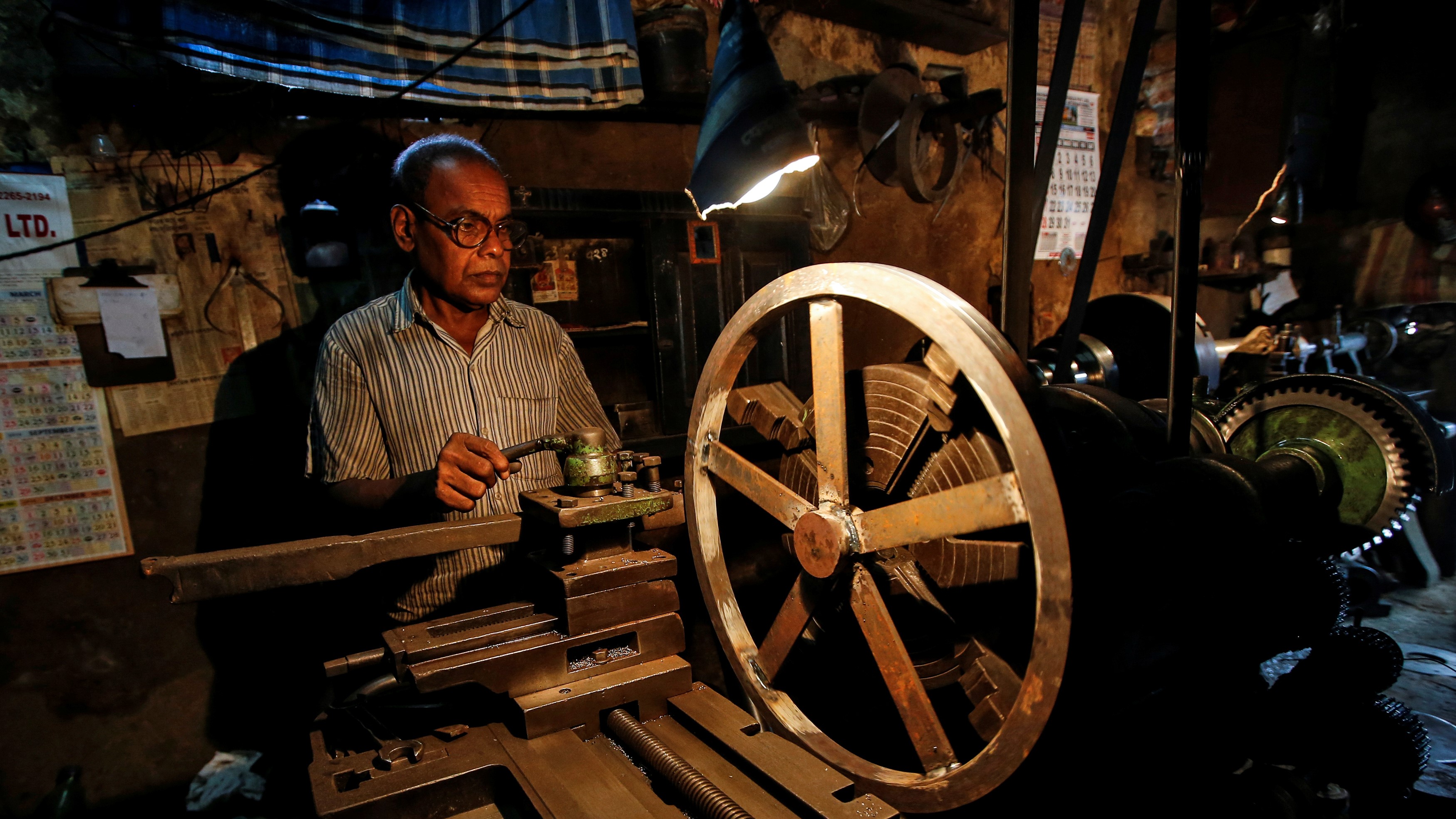 To ensure that businesses in India are responsible, sustainable, and respect basic human rights, the government of India is in the process of finalising its National Action Plan on Business and Human Rights (NAP).

The zero draft of NAP, which has been public for over a year, is now under the final stages of extensive consultations with stakeholders led by the union Ministry of Corporate Affairs (MCA).

While the industry and experts working on land rights and environmental issues welcome the move, the latter believe that for the final version to be successful and meaningful, it needs to address rights of forest dwellers being impacted by businesses, development of areas affected by extractive industries, the responsibility of investors in addition to corporations towards environmental protection and combatting climate change.

According to the MCA, the obligation of the Indian government to draft NAP stems from the country’s endorsement of the United Nations Guiding Principles (UNGPs) on Business and Human Rights adopted in the UN Human Rights Council (UNHRC) in 2011. The ministry stated that principles are articulated as three pillars—state duty to protect (human rights), the corporate responsibility to respect (human rights), and access to remedy (for business-related human right abuses). “A country’s NAP is expected to demonstrate how these principles are already being implemented, what the gaps are, and how they shall be addressed,” the MCA notes.

India has been at the forefront of recognising social responsibilities of businesses and making corporate social responsibility mandatory by law is an example of that commitment, according to the secretary of the MCA, Injeti Srinivas. He explained that the statutory provisions have been complemented by voluntary measures such as National Voluntary Guidelines on Social, Environmental and Economic Responsibilities of Businesses, 2011 (NVGs) that the government of India encourages business to follow.

“In 2015, with a view to align the NCGs with the sustainable development goals (SDGs) and UNGPs, the MCA started the process of reviewing and updating the NVGs. After elaborate consultations with all relevant stakeholders, including the central ministries and state governments, the National Guidelines on Responsible Business Conduct (NGRBC) were formulated,” said Srinivas while emphasising that NAP reaffirms India’s commitment to continue its endeavour to encourage socially responsible businesses.

In February 2020, the MCA had sought comments from all stakeholders on NAP’s zero draft by March 10 but later the limit was extended to March 20.

India’s minister of state for finance and corporate affairs Anurag Singh Thakur on March 16 told parliament, that NAP’s zero draft has been “formulated after wide stakeholder consultations.” “Presently, the ministry is undertaking consultations with business chambers, civil society organisations, central line ministries, and state governments for finalising the NAP. Further, comments and inputs have also been sought from the general public. Various organisations working in the field of business and human rights are known to be undertaking consultations to provide inputs to the ministry,” Thakur said in parliament while replying to a query.

The zero draft of NAP provides an overview of India’s legal framework regarding businesses and human rights.

It lists out key policy measures adopted by the Indian government and steps taken by the government to discuss the vital issues related to protecting human rights when doing business.

It outlines the government’s expectations from businesses, including expectations that businesses respect human rights, throughout their operations, based on the UNGPs and other guidance documents. It also details how the government is addressing adverse business-related human rights impacts and once prepared, will outline the commitments for further activities to address the adverse impacts.

The NAP and land rights

The issue of land rights, whether it is about the rights of tribal people or community rights over forest land, is at the heart of its disputes with businesses. The abuse of rights of people also spells misfortune for the environment with an impact on the air quality and water bodies.

The draft discussed that for acquiring land for certain industrial projects, the views of the affected families need to be solicited at a public hearing for the social impact assessment study of the project and that consent is also required in cases where the diversion of forest land for non-forest use under the Forest Rights Act 2006.

With regards to better access to remedy for victims of business-related human rights abuses, it discussed the role of the supreme court of India, the National Green Tribunal (NGT), specialised commissions, and labour courts etc. For example, it noted, that the NGT which looks at environmental concerns has been making commendable efforts in ensuring speedy and effective justice. “From its inception till August 31, 2018, around 26,952 cases have been filed before the NGT, against which a total of 23,536 cases have been disposed of,” the zero draft observed.

In the feedback (pdf) the government is seeking from stakeholders, it is looking for specific inputs on issues related to labour, women, natural resources, and marginalised communities including LGBTQ, indigenous communities, forest dwellers, differently-abled, migrant workers, workers in vulnerable sectors like mining and agriculture.

Arpitha Kodiveri, who is a doctoral researcher in the department of law at the European University Institute where her work focuses on business, human rights and the environment in India, said that the zero draft of NAP marks a decisive step towards the recognition of principles in the United Nations Guiding Principles on Business and Human Rights.

“The plan in its current form takes into account a myriad of aspects that the guiding principles have but misses out on some of the fundamental aspects of state protection towards human rights, corporate compliance and access to remedy,” said Kodiveri, in her submission to the ministry of corporate affairs.

The zero draft fails to “address the larger question of the role of the state which in the Indian context is trapped between the role of a regulator and an enabler for business.”

She stressed that wherein “the state has to make a decisive choice on how it will balance these competing modes of operation.”

“The state’s duty to protect human rights is contradicted by the demands placed on it to create an enabling environment for businesses. There is a need to underpin this NAP with a realistic assessment of the role of the state, the status of the laws being referred to and the existing political economy,” said Kodiveri in her submission.

While talking about the “challenges of corporate accountability” she highlighted that the Bhopal gas tragedy case showed that there “exists a difficulty in attributing liability when parent and subsidiary companies are involved.”

“An additional section on the responsibility of multinational and transnational companies should be included and how India intends to deal with the question of jurisdiction in such cases,” she said.

Pranab Ranjan Choudhury, who is the convener of the Centre for Land Governance, a non-government organisation working on land issues, said that the zero draft of the NAP demonstrates the government’s commitment towards the issue.

“The performance around land and forest rights requires more attention and improvement. With large tracts of land being acquired for infrastructure and other industrial projects, companies are performing badly in terms of including communities as stakeholders in their projects, be it around following the principle of prior informed consent (FPIC), resettling and rehabilitating project-affected people or providing local employment and judiciously using natural resources,” said Choudhury.

He explained that while protection is outlined in the form of international, national and state laws around human rights, it will be “critical to delineate a process for implementation of these laws with stipulated monitoring framework.”

“In absence of these, the trend of increasing avoidance and/or violation of laws around community consultation and consent, impact assessments, development of affected areas, protection of human rights defenders, fair compensation and resettlement and rehabilitation, are bound to continue and undo the NAP objectives,” Choudhury cautioned.

While talking about the redressal provisions, he stressed that in addition to existing judicial forums (like courts), non-judicial and other mechanisms like the national human rights commission, “remedy to the victim must also be considered under local self-governance institutions like gram sabhas (village councils)”.

Kodiveri, too, stressed on the importance of forest rights. In her submissions, she said that the Forest Rights Act, 2006 is a significant piece of legislation that aimed to address the historical injustice meted out to forest-dwelling communities.

“As large swathes of forest land are being diverted for development activities this act should shape most of the decisions made. The NAP needs to include the responsibility of the state and the corporations to comply with the provisions of this act beyond the gram sabha consent requirement,” said Kodiveri while emphasising that there is an urgent need to adhere to community forest rights because there have been instances where these rights have been done away with to make way for mining companies.

The zero draft also recounted enactment of the Companies Act 2013 which mandated companies to spend at least 2% of their average net profits of the preceding three years towards socially beneficial activities such as one of the major steps towards ensuring human rights. It also counted SEBI’s direction mandating the top 500 listed companies to prepare business responsibility reports (BRRs) describing the initiatives taken by them from an environmental, social and governance perspective. The BRRs that are part of a company’s annual report seek to assess the company’s implementation of the 2011 NVGs, according to the MCA.

Chandrajit Banerjee, who is the director-general of the Confederation of Indian Industry (CII), said they welcome the government’s action on draft NAP.

“This is a move in the right direction as it will help companies in aligning their actions on human rights with international guidance such as the United Nations Guiding Principles. CII is actively supporting the ministry of corporate affairs, which is the lead ministry for NAP through advocacy, industry engagements and lending voice to the overall drafting of the NAP. CII has gathered industry inputs on the outline of the NAP shared by the ministry and is also gathering feedback on the template of NAP which is based on three pillars of UNGPs, drafted by MCA,”  said Banerjee.

This post first appeared on Mongabay-India. We welcome your comments at ideas.india@qz.com.