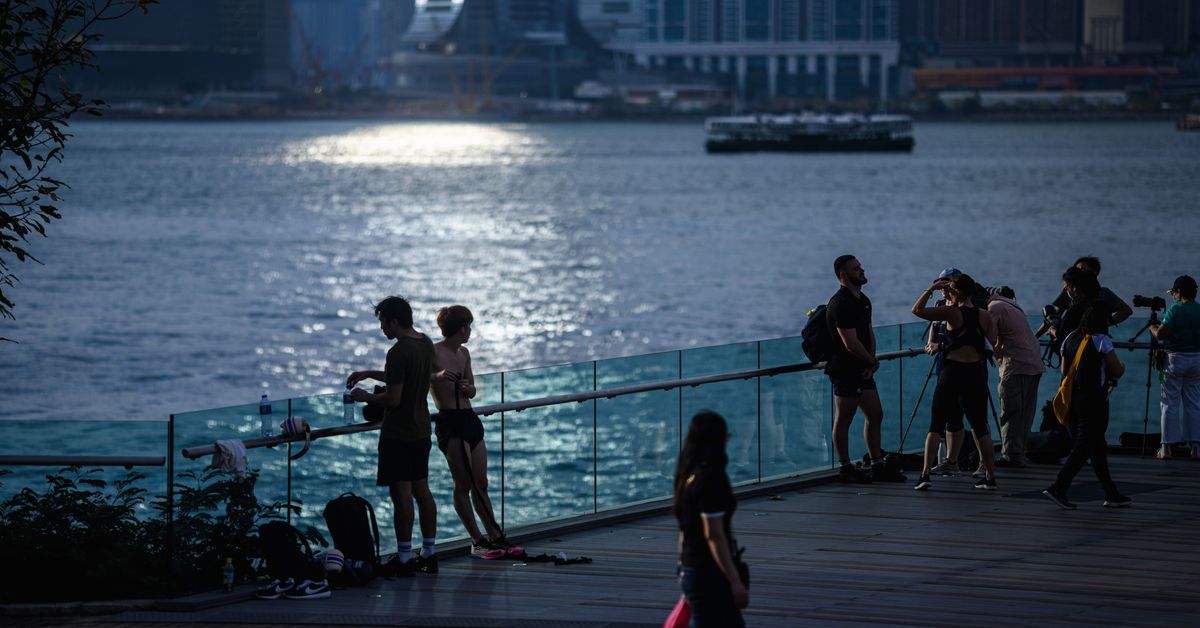 If the United States wants to help the people of Hong Kong, it needs to think beyond sanctions and consider the role it has played time and again for victims of political repression abroad — open America’s borders and offer a place of refuge, freedom, and prosperity.

The State Department says it no longer considers Hong Kong to be autonomous from China, a result of both China’s increasingly heavy-handed rule and a larger deterioration in the US-China relationship. The larger trend toward erosion of the “one country, two systems” policy has provoked repeated waves of mass protest in Hong Kong and sporadic efforts at pushback by the West. The new State Department designation will potentially lead to American sanctions as that pushback escalates.

Sanctioning China may serve as punishment for its action, but there’s no realistic chance that the United States is going to force China to change its mind on such a fundamental policy issue. That doesn’t mean it’s a bad idea. But it means that whatever the merits, it’s not an idea that’s going to deliver much help to the people of Hong Kong.

Hongkongers’ first choice would be to stay in their homes and enjoy the autonomy they were promised. But the US can’t really deliver that outcome to them, and failing that, many of them would enjoy the opportunity to build a new life in the United States.

An influx of skilled migrants from Hong Kong would benefit many American communities. The specter of tens of thousands of people fleeing Chinese rule for American shores would be a tremendous propaganda victory for the United States. And pulling it off would be a proof of concept for what should be a key tool in Sino-American competition — that huge numbers of foreigners may welcome the opportunity to move to the US.

The old paradigm has failed

The notion of one country with two systems is inherently flawed in ways that would be known to any American familiar with Abraham Lincoln’s famous “House Divided” speech.

But back when Hong Kong was originally handed over from the UK to the People’s Republic of China (PRC) in the 1990s, China was a much poorer country than it is today. The relative prosperity of Hong Kong stood out enormously, and the Chinese government had self-interested reasons to avoid killing a goose that laid golden eggs. In the West, meanwhile, it was fashionable at the time to believe that China’s growing integration into the global marketplace would lead to an increase in political freedom.

In subsequent years, we’ve learned that the opposite is the case — China remains authoritarian, but its large domestic market gives it leverage to convince Western companies to cater to the political sensibilities of the PRC.

While one can very reasonably hope for a democratic future for China, there are no particularly positive trends in that direction. Rather than moving to emulate Hong Kong’s more open political system, China is steadily moving to assimilate Hong Kong into PRC autocracy, and there’s very little the United States can do about it. Sixty years of sanctions have not created serious political change in Cuba, and the US certainly doesn’t have more leverage against Beijing than it does against Havana.

But the system of relatively liberal immigration from Cuba has been an enormous success, allowing huge numbers of Cubans and their families to build a better life in the United States and demonstrating very clearly that the social welfare accomplishments of the Castro regime pale beside the freedom and prosperity of the United States. A similar model for Hong Kong residents, properly structured, could be a win-win for Hong Kong and America and set the stage for a constructive approach to a harsher period in the US-China relationship.

A special visa for Hong Kong

An extremely useful tool would be a modified version of the place-based visa proposal that was developed by John Lettieri, Kenan Fikri, and Adam Ozimek for the Economic Innovation Group, and that’s been endorsed in one form or another by the US Conference of Mayors and many Democratic presidential campaigns.

The basic idea is to allow cities or counties with shrinking populations or labor forces to opt-in to a new visa allocation system. The recipient of a place-based system would get a five-year visa allowing them to live and work legally in the United States, contingent on maintaining residence in their designated community. After five years, the visa would convert to unrestricted, permanent residency.

The carrot of receiving lawful permanent residency after five years of complying with the terms of the visa would be the main enforcement mechanism — no need for internal border controls or document checks. Communities that opted in would benefit in the long-term from the basic reality that once a person lives somewhere for five years, they have decent odds of putting down some roots. That’s especially true for immigrants who often like to cluster in places where people from their same place of origin have moved.

The original idea was to open these visas to skilled workers from around the world, which remains a sound economic policy.

But as a foreign policy measure — and particularly as one that might appeal to conservative China hawks who are otherwise skeptical of immigration — opening up opt-in, US community-based visas specifically to residents of Hong Kong has a lot of appeal.

A win-win for Hong Kong and struggling communities

Hong Kong and the United States have roughly similar GDP per capita, and the typical Hongkonger is probably richer than the typical resident of a struggling American community. An influx of new, reasonably skilled and affluent residents would be a shot in the arm for the large number of American communities — Buffalo, Dayton, Detroit, St. Louis, and beyond — that are suffering from population decline.

In these communities, decline generally sets in for specific reasons, but then becomes self-perpetuating. People don’t want to invest in cities that are losing population, so property values crater, which hurts tax revenue and degrades city services — in turn making them less appealing places to live.

New residents with new skills and new entrepreneurial ideas, by contrast, can create an upward spiral of investment, opportunity, and tax base growth. And unlike in the crowded metropolises of the coast, the shrunken cities of the interior north have housing stock and transportation infrastructure to spare. Hong Kong residents would get the chance to move to a country where, despite our many flaws, the fundamental blessings of liberty are considerably more secure than in their home city.

China would suffer concrete harm in terms of a reduction in the size and wealth of one of its major cities, and a considerable propaganda loss given the specter of ethnically Chinese people fleeing for freedom. And while there would obviously be something a bit arbitrary about special treatment for Hong Kong emigrants, a little arbitrariness here and there has long been a hallmark of American immigration policy. There’s no particularly deep reason why Cuban emigrants get special treatment, for example, but it happens to be a political sustainable framework that is beneficial to both native-born Cubans and native-born Americans.

If it went well, it could be a model for a broader philosophical rethink of how America approaches competition with China — one that emphasizes deliberately increasing the US population to try to neutralize the massive advantage in scale that China currently enjoys. And even if not, it would be a way to deliver concrete help to many people currently suffering through no fault of their own.