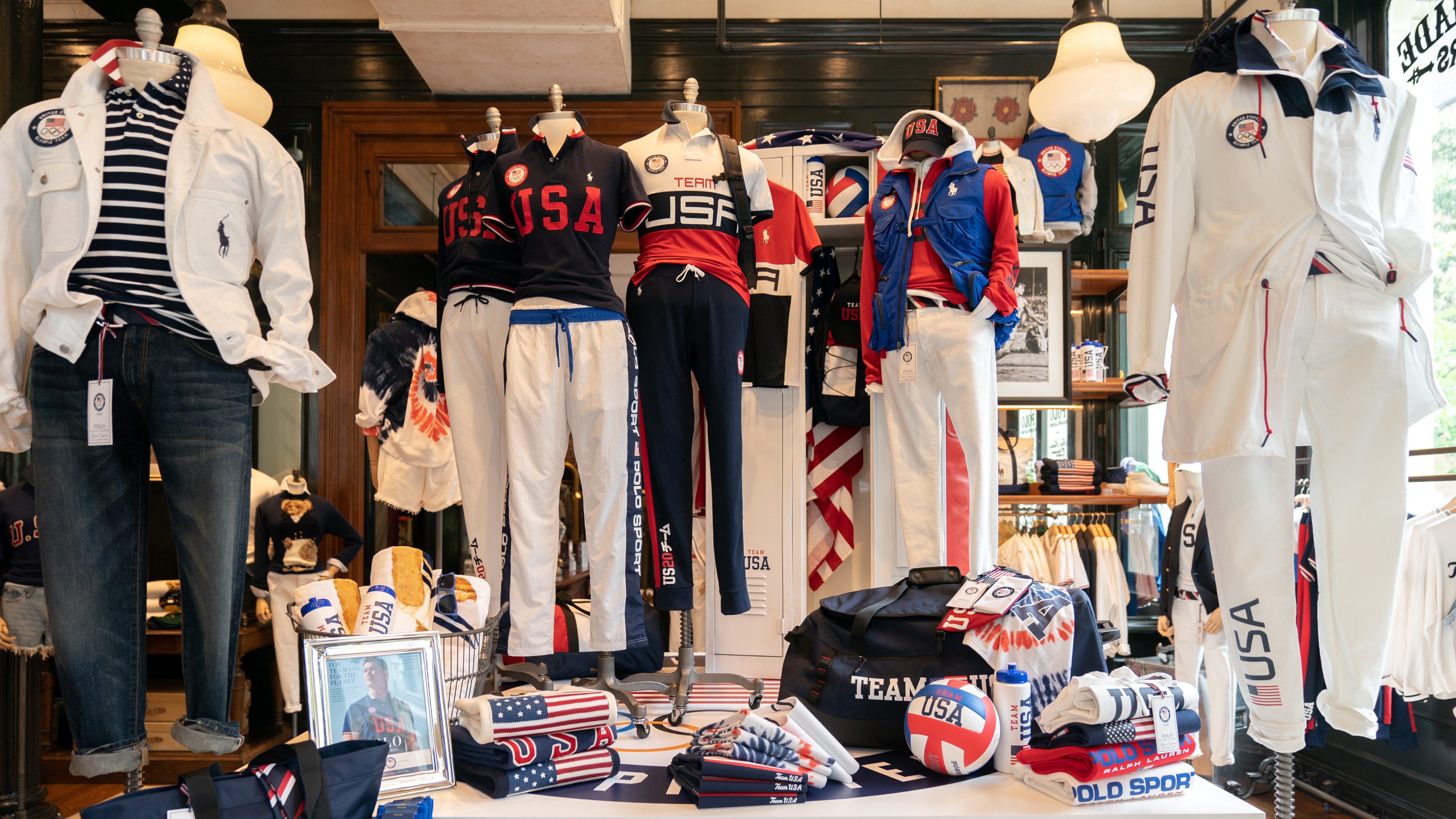 At the opening and closing ceremonies of the Tokyo Olympics, the eyes of the world will be on the athletes—and their clothes.

Fashion has become part of the games through the national uniforms teams wear while marching into the stadium. Today, companies such as Ralph Lauren (for the US), Armani (Italy), and Lacoste (France) dress the Olympians of their respective countries, while other teams may enlist well-known foreign names to create their looks. The clothing itself can now be a subject of cultural pride, or shame.

It wasn’t always that way. For one thing, in the Olympics of antiquity, athletes competed nude. Even upon the modern revival of the games in 1896, there weren’t set uniforms, including in competition. Not until the 1908 games did standardized dress really begin to appear. It would be a long time still before fashion got involved, and then it was just occasional, with designers such as André Courrèges, Halston, and Valentino Garavani merely dipping in during the 1970s and 1980s.

The financial opportunity in dressing Olympians

Since at least 2002, though, the financial opportunity for clothing companies has been clear. During the winter games that year, Roots, the Canadian apparel maker that supplied the US team, said every day it sold up to 25,000 of the berets worn by the US athletes. By 2006 more companies were trying to get in on the publicity the games afforded.

While not all countries rely on globally recognized fashion companies to create their uniforms, such deals have become common. The terms aren’t always made public, but in 2008, when the US gave the job of making its uniforms to Polo Ralph Lauren, the company reportedly agreed to pay a royalty of about 10% to the US Olympic Committee on sales of Olympic-branded products. Polo estimated it would cost it less than $10 million to outfit the US team. It received some backlash when it debuted the uniforms though: On the front of its suit jackets was a giant Polo logo.

This year the US team’s opening ceremony looks have attracted attention for a different reason. The team’s jackets come equipped with what are essentially personal air conditioners to keep the athletes cool in the sweltering Tokyo summer.