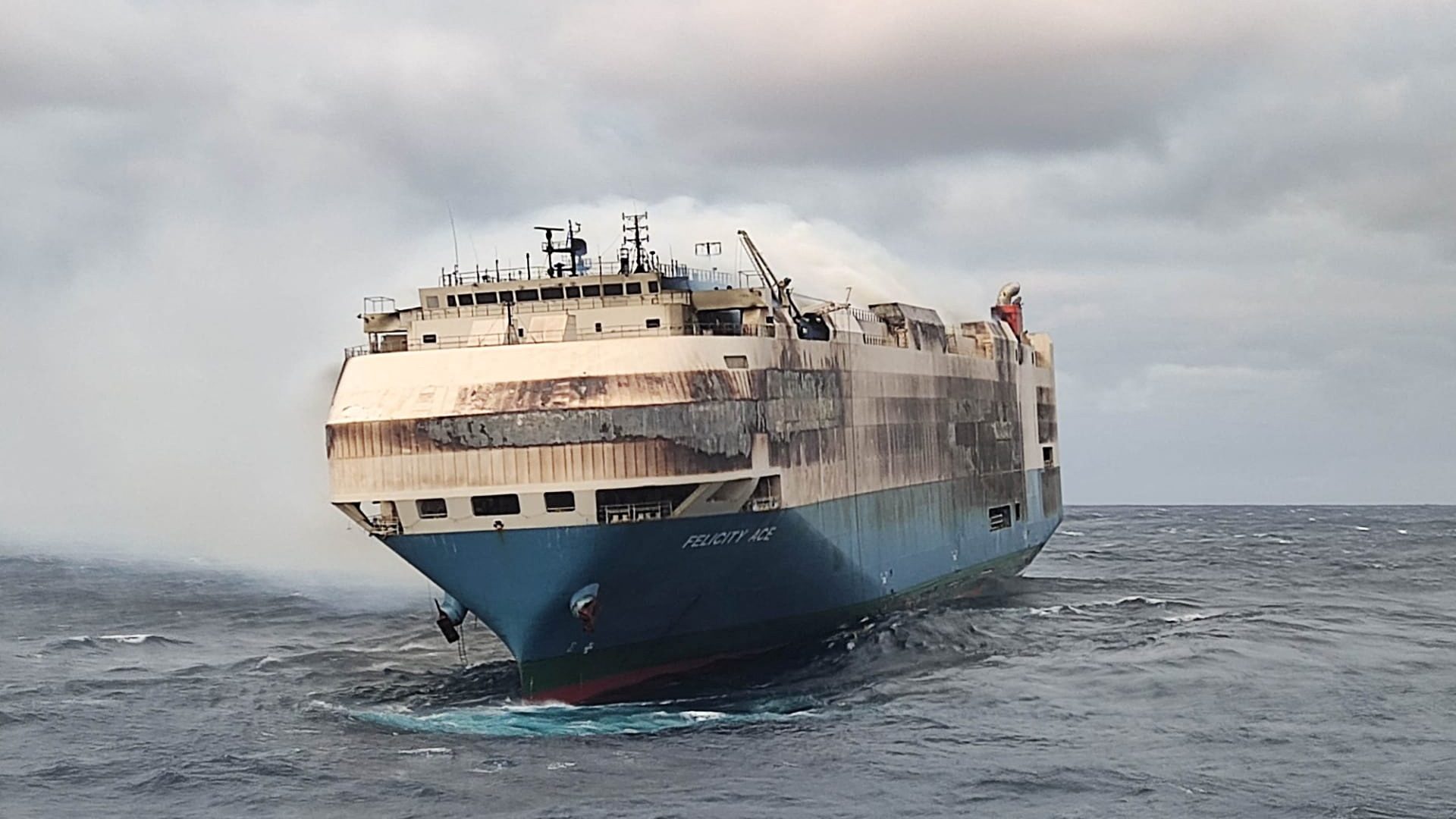 The cargo ship Felicity Ace is aflame from bow to stern with a lithium-ion battery fire that can’t be put out with water alone.

The fire has been burning since Wednesday (Feb. 16), as the ship drifts in the Atlantic about 200 miles southwest of Portugal’s Azores Islands. Its 22-person crew abandoned ship and was rescued on Thursday.

The ship left Germany on Feb. 10 and headed for the US with about 4,000 Porches, Bentleys and other luxury cars aboard, and some of those were electric vehicles. It’s not clear if the batteries contributed to the fire starting in the first place—a greasy rag in a lubricant-slicked engine room or a fuel leak are the usual suspects in ship fires—but the batteries are keeping the flames going now. A forensic investigation will take months to determine the cause.

On Saturday, João Mendes Cabeças, captain of the port of Faial, the nearest Azorean island, told Reuters that the batteries in the ship’s cargo are “keeping the fire alive.” Cabeças added that reinforcements with specialist equipment to extinguish the fire were on their way. At the time of the interview, the fire hadn’t reached the ship’s fuel tank, but was closing in.

Large quantities of dry chemicals are needed to smother lithium ion battery fires, which burn hotter and release noxious gases in the process.

Electric vehicle fires are rare, but pose their own kind of flammability risk, and one that becomes heightened as EVs go mainstream. Large numbers of EVs grouped together, as when they are transported by cargo ship, or electric buses parked in an overnight lot, raise the risk that one flaming battery could ignite a chain reaction in adjacent batteries. According to a research proposal at the National Academy of Sciences’ Transportation Research Board, “Lithium-ion battery fire risks are currently undermanaged in transit operations.”

There have been more than 35 large lithium-ion battery fires since 2018, Paul Christensen, an expert in lithium fires, told the Financial Times, including a 13-ton Tesla megapack storage battery in Victoria Australia that burned for three days. An electric ferry in Norway caught fire in 2019, and in April 2021, a battery fire at a Beijing mall killed two firefighters.

In addition, car-carrying ships and ferries can face higher risks from fires, according to insurer Allianz Global’s head of marine risk. Due to the internal areas not being divided to make it easier to transport cars, when a fire starts it can spread more easily.

Actiondesk is a spreadsheet tool that works with live data