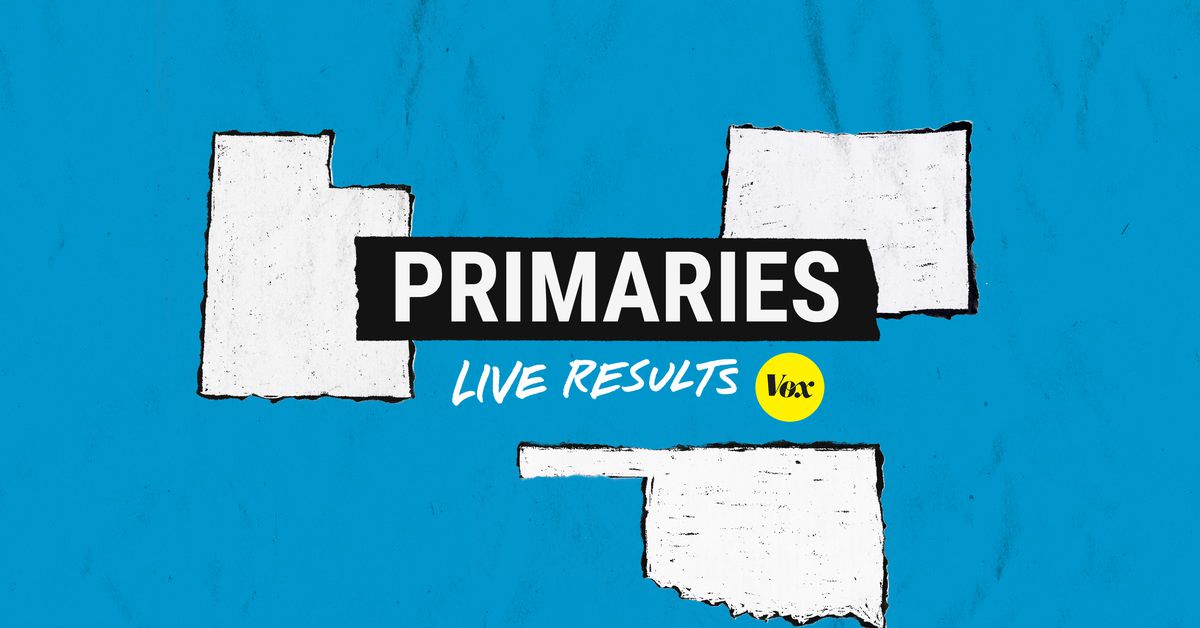 The next round of primary races on Tuesday, June 30 are taking place in Colorado, Oklahoma, and Utah.

The biggest contest shaping up is a fierce Democratic primary race between former Colorado Gov. John Hickenlooper and former state House Speaker Andrew Romanoff, who are competing to take on Sen. Cory Gardner (R) this fall for a seat that national Democrats view as a top target to flip control of the US Senate.

It’s hard to overstate the importance of Colorado to Democrats’ chances of taking back the Senate in 2020; President Donald Trump lost the blue-leaning state by 5 points in 2016, and his current net approval rating is -13, according to Morning Consult.

Tuesday’s Colorado Senate primary is a test of whether Hickenlooper — a man with a self-described penchant for inserting his foot into his mouth — can survive a tough few weeks of gaffes and the recent fallout from ethics fines stemming from his time as governor. Republicans have spent more than $6 million hitting Hickenlooper in television ads. Even though Gardner faces tough electoral math in Colorado, he has proved himself a tough politician to beat.

There’s a competitive House primary in Colorado, too, as well as a Republican primary in Oklahoma’s Fifth Congressional District — a highly competitive district that Democratic Rep. Kendra Horn flipped in 2018.

In Utah, most of the action is happening on the GOP side. There’s a competitive primary in the governor’s race between former Gov. Jon Huntsman and current Lt. Gov. Spencer Cox. There’s also a competitive Republican primary to see who will compete with Democratic Rep. Ben McAdams in Utah’s Fourth Congressional District — another one Democrats flipped in 2018.

Vox is covering the results live, with our partners at Decision Desk HQ.

Colorado has long topped national Democrats’ list of flippable Senate races for a simple reason: Republican voters there are leaving the party in droves.

Colorado voters elected Sen. Cory Gardner in 2014, a year in which Republican turnout in the state outnumbered that of Democratic and unaffiliated voters. But in the Trump era, many disaffected moderates are registering as unaffiliated voters, leaving a bleak numbers game for Republicans.

National Democrats have backed former Gov. John Hickenlooper in Colorado’s Democratic primary, but Hickenlooper first needs to make it through his Tuesday primary. He’s facing progressive challenger and former state House Speaker Andrew Romanoff, who is hoping to capitalize on a series of recent Hickenlooper gaffes and over $2,000 worth of fines that Colorado’s Independent Ethics Commission slapped on the former governor in early June.

Going into Tuesday, national Republicans seemed pretty confident Gardner will still face Hickenlooper in the fall, and they’re aware it could be a very tight race. The National Republican Senatorial Committee is blasting Hickenlooper for the ethics commission fines, but the main question of the race is whether Trump has become too toxic for Gardner to hang onto his seat in the general election.

Though the Colorado Senate primary is the big race of the night, there are also competitive Democratic and Republican primaries in Colorado’s Third Congressional District, currently held by Republican Rep. Scott Tipton. Democrats are eyeing a chance to flip that district as well as retain a hold on Colorado’s Sixth Congressional District, held by Rep. Jason Crow. Crow is running unopposed, as is Republican Steve House, former chairman of the Colorado Republican Party.

On Tuesday, Republican voters in Oklahoma’s Fifth Congressional District will go to the polls to pick a challenger to Rep. Kendra Horn, a first-term House member expected to be one of the most vulnerable Democrats on the map in November.

They’ll have plenty of options: There are nine Republican candidates vying to take on Horn, enough that the race will likely be forced into a runoff on August 25 to determine the GOP nominee.

According to Politico’s Ally Mutnick and Zach Montellaro, four of those nine candidates have the funds to make a serious run at the nomination. State Sen. Stephanie Bice, businesswoman Terry Neese, former state school superintendent Janet Barresi, and businessman David Hill could all be in contention Tuesday, with Bice being the leading fundraiser among them.

Horn, meanwhile, should have no trouble Tuesday. She has just one primary challenger, retired professor Tom Guild, and Roll Call reports that Horn, with a $2.4 million war chest, is expected to win the Democratic nomination easily.

Horn became the first Democrat to represent the district since the 1970s when she won out in 2018, beating incumbent Republican opponent Steve Russell by less than 2 percent. Her victory was a major flip: Russell won the district by about 20 points in 2016. This year, Cook Political Report considers Horn’s district a toss-up.

Republicans are the ones to watch in Utah on Tuesday. Though the state is having its first open governor’s race since 1992, Utahans haven’t elected a Democratic governor for even longer: 40 years. Utah’s next leader could effectively be decided by the GOP primary, then — and it’s shaping up to be a surprisingly interesting one.

Former Gov. Jon Huntsman, who was elected twice by sweeping margins but left office in 2009 to serve as a US ambassador (first in the Obama administration, then in President Donald Trump’s), is running to reclaim his old seat. But 2020 is shaping up to be a very different race for the avowed moderate Republican. A recent poll from the Salt Lake Chamber had Huntsman one point short of Lt. Gov. Spencer Cox, one of three other contenders in the race.

There’s another four-way race afoot in Utah’s Fourth Congressional District: Republicans Trent Christensen, Kim Coleman, Jay McFarland, and Burgess Owens are competing for the chance to take on freshman Rep. Ben McAdams, the state’s only Democratic Congress member. McAdams, who squeaked to a several-hundred-vote victory in 2018, is one of the more vulnerable House Democrats in 2020. Whoever wins Tuesday’s Republican primary will have some significant ground to make up in the fundraising department, though. As Politico’s Zach Montellaro reports, the four collectively had less than one-tenth of the cash on hand that McAdams did in early June.

Voters of both parties in Utah’s First Congressional District will also pick their candidates on Tuesday, though the Republican primary is the one to keep an eye on. Republican Rep. Rob Bishop is stepping down to run as Thomas Wright’s running mate, effectively leaving the solidly red district to whichever of the four Republicans wins tonight.