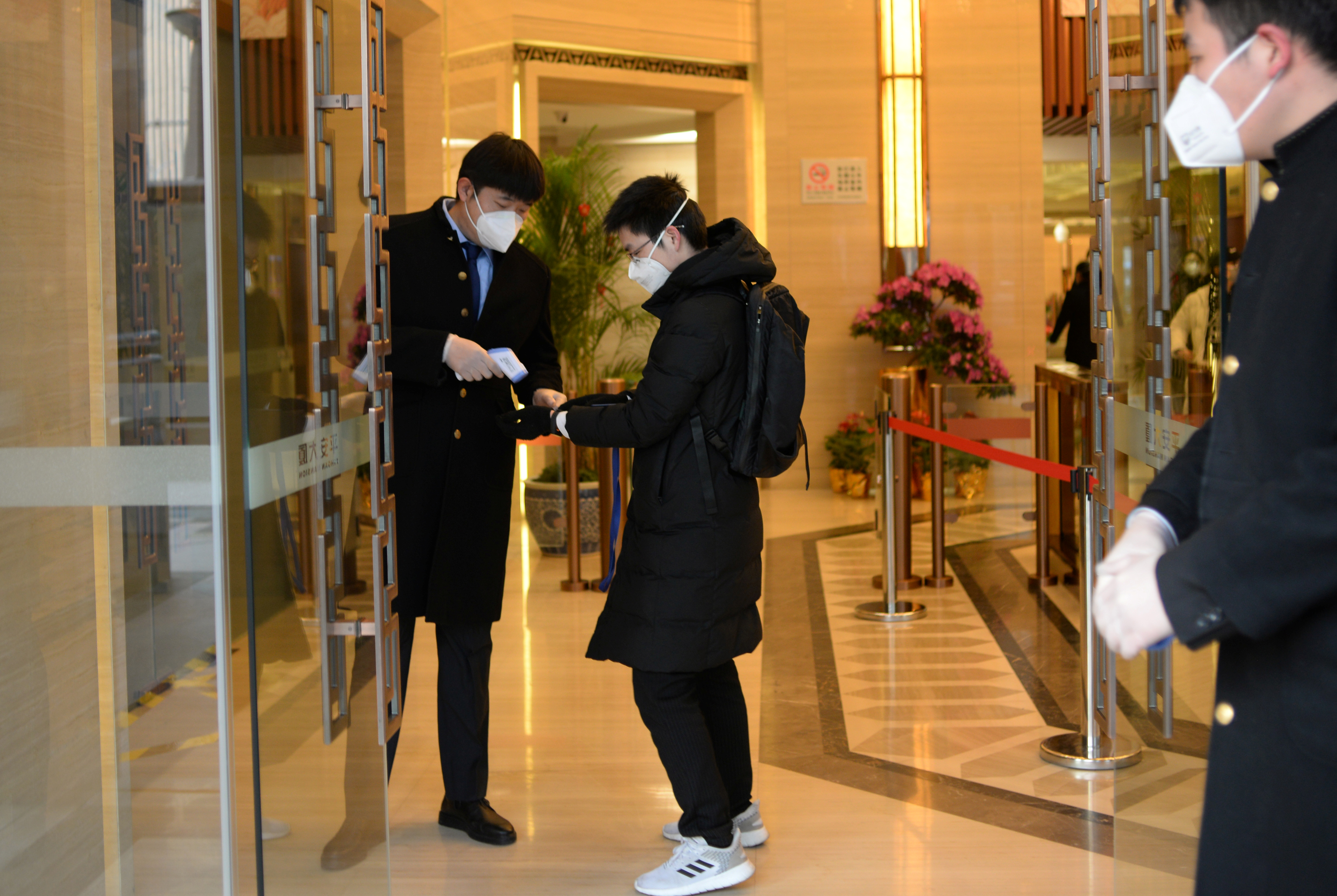 Even small changes in China have global effects.

In many tech companies, allowing workers to work from home is a perk that also conveys the employer’s trust. In China, where companies used to lots of face time with employees were suddenly forced to switch to working from home, many workers are having to prove they’re not slacking off.

China’s massive work-from-home exercise began earlier this month, as authorities tried to contain an epidemic of a new coronavirus that has infected close to 64,000 people, and killed at least 1,380. As the Lunar New Year holiday approached its end, DingTalk, an enterprise app from e-commerce giant Alibaba, suddenly jumped 37 spots to become the 3rd most downloaded free iOS app in China, according to metrics research firm App Annie.

Some firms, however, are experimenting with getting back to the office. Search engine giant Baidu allowed small groups of employees to go back to the office this week, but required them to first get approval from supervisors and also show they had been under quarantine for more than 14 days if they had traveled to the worst-affected province of Hubei, according to an internal memo seen by Quartz.

Amid extra work from companies trying to keep productivity up, and suffocating monitoring by managers unused to managing remote teams, some employees are starting to think the office is not so bad, even if they face a “996” schedule—9am to 9pm, six days a week—there.

“This is not work-from-home, this is the worker being put on ‘forced quarantine,’” said a Beijing-based tech worker, who declined to give her name because company policy doesn’t allow her to speak to the press. “I don’t even have time to have a coffee and meet friends now, after working from home for a week.”

At the core of the issue is probably a low level of trust on the part of some managers, especially at smaller firms that don’t count on the sorts of tools their bigger peers use for coordinating with workers and gauging productivity. On Maimai, LinkedIn’s biggest rival in China, where workers share office gossip and job leads in online forums, some workers described ad hoc surveillance measures bosses have subjected them to this week.

“I am so mad. My supervisor asked me to send them a selfie every half an hour, and share my real-time location with them using WeChat… I suspect my manager doesn’t really trust me. What should I do?” asked user Chen Renyi, who identified himself as working for a media company in Beijing. In another post, user Wu Tiantian, who works for an internet company, complained that her salary was deducted because she was wearing pajamas while attending a company video conference call that morning. Wu also attached a screenshot showing a request from her company asking employees to join two video conferences at 9 am and 6 pm everyday, and to reply to work-related messages within 10 minutes on DingTalk.

An employee who claimed to work for Meituan Dianping, a  food-delivery firm that has asked employees to work from home through next week, complained in a post that they were asked by their department to keep cameras switched on to “live stream how they work.” “This makes me feel so suffocated,” said the user. Wei Fangyi, a recruiting manager at Meituan whose identity was verified by the Maimai app, replied to the post saying the company hadn’t made any such request of employees, and suggested that the employee bring the matter to managers if they were again asked to keep cameras switched on. Meituan Duanping referred Quartz to Wei’s response on the matter.

Even when not facing monitoring, many say it hasn’t been easy. A Hangzhou-based worker at Chinese fintech giant Ant Financial told Quartz that she needs to do video conferences every morning—while also entertaining a child who’s home all day, with schools shut for the moment.

“The company also requires us to write daily work journals, although lots of employees didn’t end up doing that. I am as crazily busy working at home as when working in the office. It is still the normal work hours for me, but now there is not even a boundary between work and life as I stay at home all the time,” she said, adding that she even missed the long commute to her head office. “At least I don’t have to be bothered by my child when working in the office.”

A universe of Chinese work apps

For bigger companies, the concern is more about how to make sure the work experience is smooth for not only its own employees, but also for corporate users who rely on the firms’ online work tools to stay connected. Since China’s great firewall blocks major Western websites like Google and Facebook, China’s work-at-home processes depend on domestic tech giants who offer their own counterparts of Google Doc or Slack—often with many more features.

Users from around 10 million corporations used DingTalk last Monday (Feb. 3), causing temporary disruptions (link in Chinese), according to a post from the company on social network Weibo. The app also has 200 million unaffiliated users. On DingTalk, users can create team chat groups, look at organizational charts, and video-conference. The app can also track attendance an overtime hours automatically.

Social media giant Tencent has also seen more demand for its work tools—both WeChat Work, the corporate version of the ubiquitous WeChat app, and videoconferencing tool Tencent Meeting, are among the top five most downloaded free iOS apps in China, according to App Annie. WeChat Work is used by over 2.5 million enterprises, covering 60 million corporate users, according to Tencent, which added that the app recorded a tenfold increase on Feb. 10, when many firms and schools resumed work after the break.

“We feel encouraged that we have made products that can help millions of people across China to ‘keep life going on’ during this challenging time,” the company said.

Compared with their peers like Slack, the Chinese apps have been quick to meet some of the unique demands seen among Chinese employees. DingTalk, for example, introduced a beautify filter to its video-conferencing feature. Meanwhile, Feishu, an enterprise messaging app from TikTok owner ByteDance that allows file sharing and document editing, rolled out a “health management” platform in response to the coronavirus where workers can log their location and daily temperature. The app is being used by over 50,000 employees at ByteDance, according to Xie Xin, the head of Feishu.

Not all features adapt well to working from home, though. DingTalk, for example, can use location-tagging to see if employees actually went to the doctor, and to clock them in at work. But if a worker is only moving between the dining room and the kitchen, that tracking ability isn’t quite as useful.