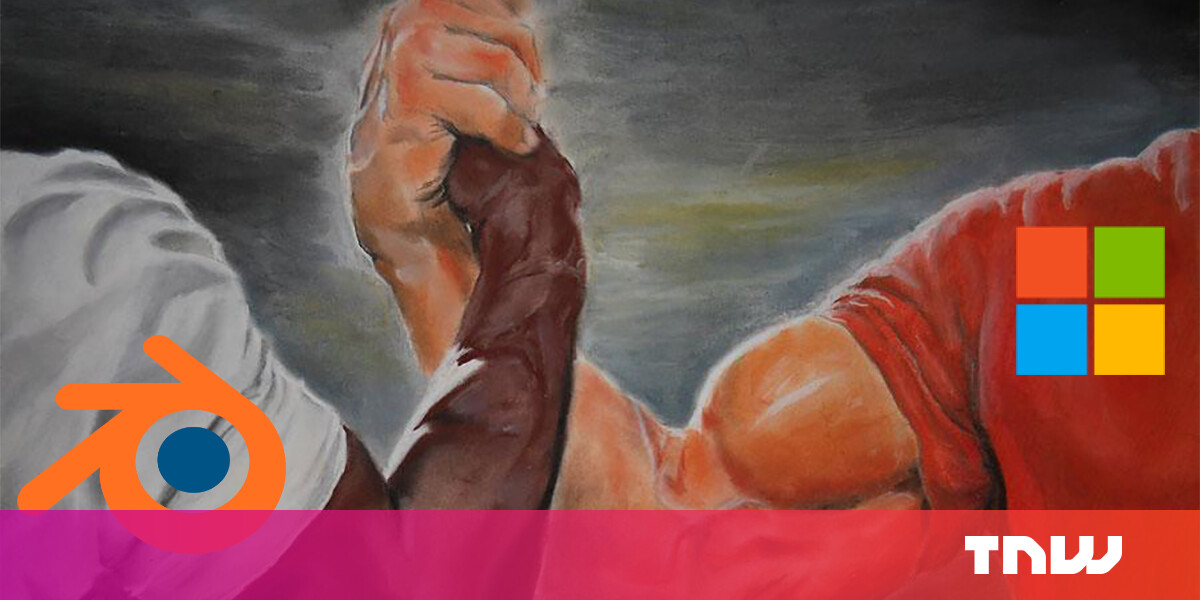 Microsoft has made a pledge to support the development of 3D creation suite, Blender.

In an announcement from yesterday, Blender revealed the Windows-maker has joined the foundation’s Development Fund as a Corporate Gold member in order to help the company continue to provide its software for free. Unlike other popular alternatives like Cinema4D and Maya, Blender’s apps are entirely free and open-source.

In all fairness, Microsoft‘s contribution — which will be in the ballpark of €30,000 according to Blender’s membership page — won’t be a huge boost to the company’s revenue, but the move could go a long way to lending more industry credibility to Blender.

As someone who religiously lurks the Blender subreddit, I’ve come to appreciate the company’s generous approach to software. My sentiment is that the decision to release its tools for free has earned it the unrelenting respect and support of its users. That, in turn, makes for a truly dedicated community — and this dedication is easily noticeable in the works of its users.

Blender might not be as widely adopted in the industry as Cinema4D (even though things are changing fast on that front), but it’s certainly no less capable. The quality of the works its users share on its subreddit are proof of that. I mean, look at all of these beautiful renders:

I tried my best from blender

I made a grease pencil animation! from blender

A self Portrait (combining realistic and stilized 3D) from blender

That said, Redditors are hardly the only people making use of Blender’s technology to make images and movies.

Remember The Witness — arguably the standout episode of Netflix’s mesmerizing Love, Death and Robots series? It was made with Blender (well, the production team also used other software, including Maya, but you get the idea).

Microsoft researchers, too, have been using Blender, which is why the company has pledged to back its development team.

“Microsoft makes use of Blender to generate synthetic 3D models and images of humans that can be used to train AI models,” the announcement reads. “For researchers, having access to high quality free 3D software has proven to be of great benefit for scientific projects.”

With its contribution, Microsoft joins an elite lineup of Blender corporate members, including Google, Steam, Ubisoft, AMD, and Nvidia.

The collaboration between the two companies is a clear win-win scenario.

Once a loud critic of open-source software (former boss Steve Balmer once referred to the practice — and Linux in particular — as cancer), Microsoft has done a full 180 in recent years, rising as an unlikely champion of free and accessible software. Its support for Blender will further solidify this newly earned reputation.

For Blender, aligning its brand with Microsoft will hopefully help the company reach new audiences, so we can enjoy more gorgeous works on Reddit (and in movies, games, research, and so on).

The business model for carbon capture is broken