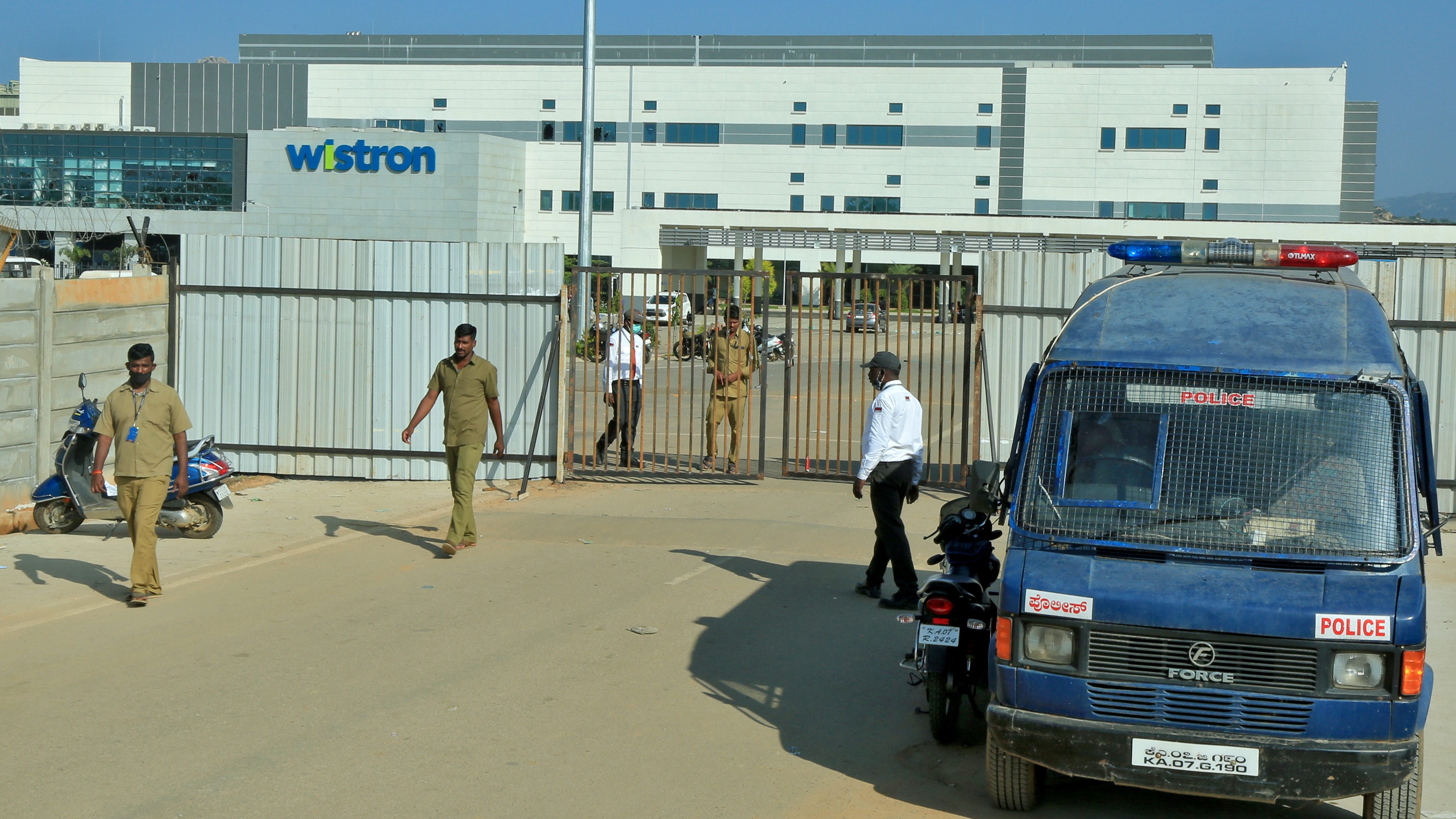 Over the last six years, Indian prime minister Narendra Modi has put in much effort to woo global manufacturers to set shop in the country. From giving tax incentives to promising lower red tape and even freeing up industrial land “twice the size of Luxembourg,” the Modi government has made the “Make in India” initiative a cornerstone of its policymaking. In 2020, the initiative gained even more momentum as India tried to position itself as an alternative to China amid a growing global scepticism against the country due to the coronavirus pandemic.

But the recent worker unrest at an iPhone factory in the southern Indian state of Karnataka raises doubts over the country’s readiness to pursue this ambition.

On Dec. 12, labour unrest broke out at Apple’s partner Wistron’s factory on the outskirts of Bengaluru when around 2,000 workers vandalised property and looted goods in retaliation against being underpaid and overworked.

Even as the government tries to make this incident seem like “an aberration,” it is far from that. Progress in manufacturing in India has often been tainted by labour law violations, and Apple’s manufacturing partner Wistron is just the latest—and far from the only—culprit.

“For far too long businesses in India, with some notable exceptions, have considered labour as a necessary but troublesome cog in the production machine, and the focus is to squeeze the maximum out of it with minimum pay and benefits while brandishing the threat of job insecurity,” Pranab Barshan, an economics professor at University of California, Berkeley, wrote for Bloomberg Quint.

The curious case of Apple manufacturers

For Apple itself, this isn’t the first red flag in India.

A March 2020 report in The Information detailed the problems the Tim Cook-led company faced while zeroing in on manufacturing partners in the first place:

Many Indian suppliers weren’t able to meet Apple’s environmental, health and safety standards. Apple contractors visited one potential factory in the southern Indian state of Karnataka, only to find that its workers were on strike.

(O)ne Indian supplier Apple approached in 2018 was Superpacks, which operated a packaging factory in Bangalore. Apple sent auditors to assess whether its supplier responsibility practices were up to Apple’s standards. The audits revealed dozens of violations. The site had no safety measures for storing chemicals, lacked monitoring for noise and wastewater, and didn’t have several environmental and construction permits. It didn’t properly test drinking water for workers and the site lacked a fire hydrant system, according to a person close to Apple.

Apple spent months pushing Superpacks to fix the violations. However, the Indian company stopped giving updates and missed deadlines for fixes. Apple ultimately didn’t give it a business contract.

Despite the struggles to find a partner, Apple was almost arm-twisted into committing to local manufacturing. The company wanted to open direct stores in India, which is one of its fastest-growing markets, but the Indian government mandated that a brand must source 30% of its raw materials locally to be able to do so. (The rule was relaxed in 2019, and Apple was at least able to launch an online store.)

In July, Apple’s supplier Foxconn pledged to invest $1 billion in iPhone manufacturing in India over the next three years. Such FDI has been a major contributor to India’s growth story under the Modi administration. Between April 2014 and March 2020, India attracted $357.35 billion in FDI—that’s over half of the total foreign investment into India in the last two decades. In 2019, FDI into India hit an all-time high of $73.45 billion.

But those flooding the market with money are often the ones exploiting their workers, too.

Violations by Amazon and others

India’s Factories Act states that no worker should exceed more than 48 hours a week—or 60 hours with overtime—nor should they be made to work for more than nine hours daily. But several factories have turned a blind eye to this. And long hours are just the start of a laundry list of woes that include low wages, lack of hygiene, and fire safety violations, among other things.

“My complaint was over Amazon not recording the work hours of its employees, making them work for over 12 hours a day per week,” he told The News Minute on Dec. 2. “The company doesn’t calculate the lunch hours as work hours and makes employees do excess overtime beyond the limits set by the law.”

These problems extend well beyond the tech world. Consider this (non-exhaustive) list of violations in just the last two years:

No respite for Indian factory workers

Not only are the poor working conditions worrisome there also isn’t really any proper grievance redressal procedure in place.

“There was no union to negotiate on behalf of the workers, inspections are non-existent and there is no mechanism for anonymous complaints,” Rajesh Joseph, a professor teaching labour issues at the Azim Premji University in Bengaluru, told MoneyControl after the recent Apple snafu. “So where should a worker complain? If they have nowhere to go, you will see more violence.”

An Amazon India spokesperson said the company ensures accurate and timely payment of wages to all its employees. Their daily work hours are captured through a centralised time keeping system and they’re paid overtime as and when applicable, the company said. “(A)ny allegation of Amazon underpaying its employees is entirely inaccurate and baseless,” the spokesperson added.

Such incidents are like a nail in the coffin considering India’s reputation is far from perfect. Outside the factories, other humans rights violations like restricting internet in Kashmir and discriminating against Muslims in its citizenship amendment act have not boded well among the international community. Moreover, India’s hardly the blue-eyed prince of manufacturing given weak infrastructure and a dearth of vocational training.

Meanwhile, the coronavirus pandemic has exacerbated the problem. Some states have outright exempted companies from complying with existing labour laws under the garb of economic recovery, leading to further violations—and possibly further unrest.