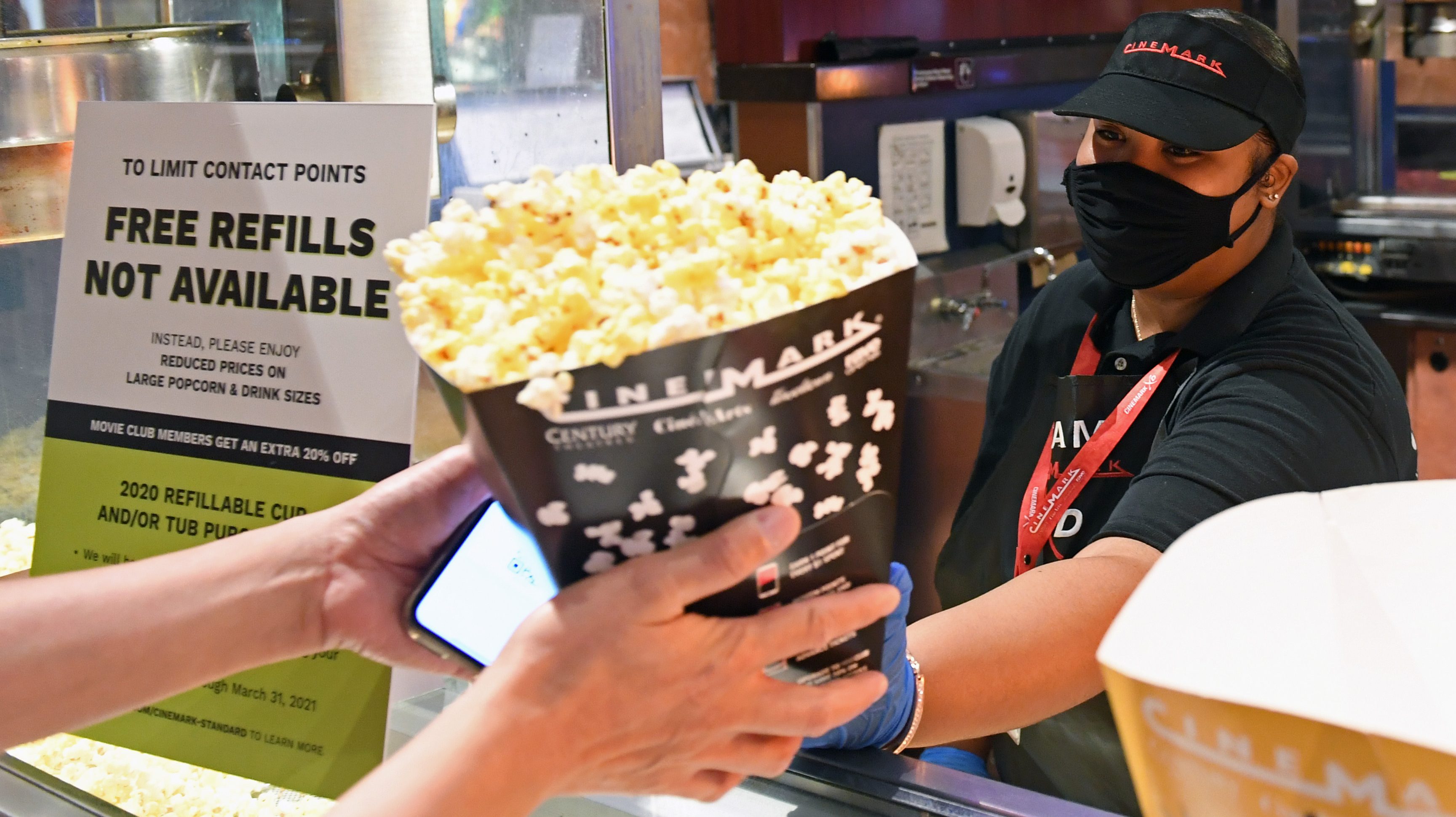 In another sign pointing toward where Hollywood is headed, Universal Pictures agreed to a deal with Cinemark—the second-biggest movie theater chain in the US—to drastically shorten the time a film plays exclusively in theaters before it can be watched at home. The deal comes four months after Universal struck a similarly historic pact with AMC Theatres, the world’s largest cinema chain.

Under the agreement, all Universal films will play in Cinemark theaters for a minimum of 17 days (or three weekends) before the studio has the option to release some as digital rentals. After 17 days, a film’s shelf life in theaters—and its availability on-demand—will depend on its opening-weekend box-office totals.

The revenue-dependent deal is called “dynamic windowing,” and it’s a system observers think will soon become the industry standard. Cineworld, owner of Regal Cinemas and the second-biggest theater chain in the world, has resisted making a similar arrangement with Universal, but now it will face pressure to come to the negotiating table, lest it miss out on future blockbuster releases from Universal, home to huge franchises like Fast & Furious and Jurassic World.

For decades, Hollywood films stayed in theaters for 75 to 90 days before they could be watched on other platforms. The deal ensures Cinemark’s survival by requiring that box-office juggernauts remain in theaters for the time period they’re most profitable (blockbusters tend to stop generating box-office revenue after about five weeks).

If a film makes $50 million or more in its opening weekend, it must remain in theaters for at least 31 days (or two additional weekends). If it makes less than that, Universal can pull it from theaters, making it available digitally. (The studio can also opt to keep it theaters and release it digitally at the same time.) Cinemark will receive a cut of all digital rental sales.

For Universal, the deal is about mitigating risk. When a film gains early access to digital rental platforms like Amazon or iTunes, that gives the studio a chance to recoup losses if it bombs in theaters. In those cases, theaters won’t be heartbroken, because those films don’t produce much foot traffic to begin with.

As long as Cinemark gets to keep blockbusters in its theaters, then it will live to fight another day. Only about 3% of films open to $50 million or more in the US—but they account for 80% of the total box office, Credit Suisse analyst Meghan Durkin said in a report. Theaters and studios generally split box-office sales evenly, whereas studios keep 80% of digital revenue (the rental platforms get the other 20%).

This will lead to movie theaters becoming hubs for blockbusters, even more so than they already are. Audiences can expect to be able to watch every other type of movie at home only a few weeks after they debut in theaters.

Dynamic windowing could actually be good for the production of those increasingly rare mid-budget movies, even if they’re not being seen in theaters. Financial risk has long been what’s prevented Hollywood studios from taking shots on films with questionable box-office prospects. If that becomes a smaller concern because studios know they’ll have the chance to recover costs with a digital release, then they may be willing to invest more in risky films, from lesser known filmmakers, provided they’re okay with audiences watching their movies from the couch instead of at the theater.

While some filmmakers have been snobbish about preferring to see their works on big screens, they may find themselves platform-agnostic if it means more independent and mid-budget movies get made. Films generating between $50 million and $100 million at the box office accounted for just 16% of the share of the market last year, Robert Fishman, an analyst at MoffettNathanson, told the Hollywood Reporter. That was down from 30% in 2010.

These deals probably won’t help the theater industry grow or reverse existing trends. (The US box office had hit a wall even before the pandemic.) But they will give theaters some protection from the rise of streaming, as well as assurance that Hollywood still values what they offer. The theater business will be different from now on—but at least it will be a business.