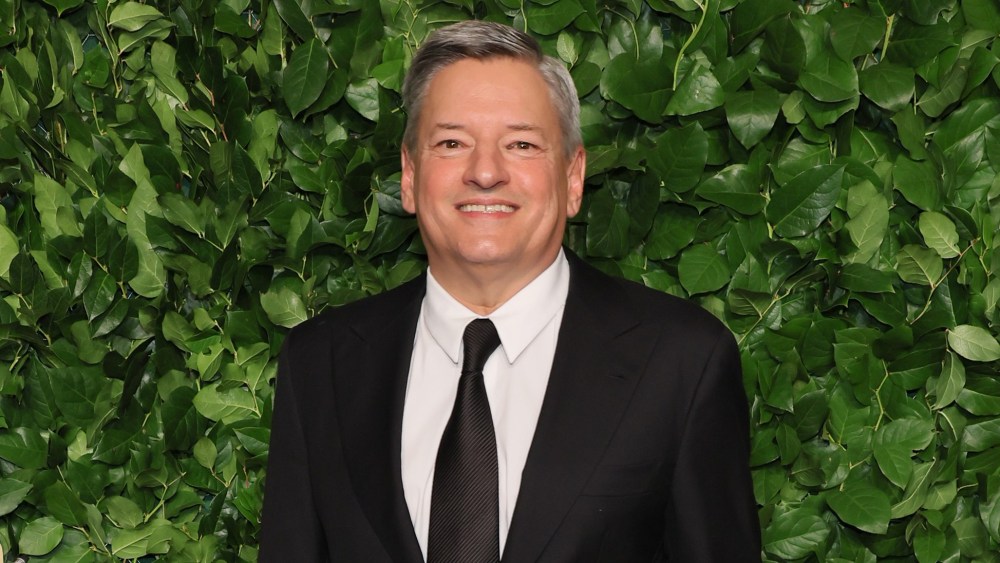 Netflix’s Ted Sarandos again addressed the question of whether the streamer is interested in live sports — and he once again waved it off as not in the cards, at least anytime soon.

Tech companies like Amazon and Apple have both been aggressive in acquiring sports rights for their streaming platforms. Amazon is paying billions for exclusive rights for the NFL’s “Thursday Night Football” on Prime Video, while Apple has inked deals for Major League Baseball and Major League Soccer on Apple TV+. But Sarandos — while he said “never say never” about Netflix acquiring sports rights — commented that the economics of live sports are built around pay TV and don’t make sense for streaming.

“We’re not anti-sports, we’re just pro-profit,” Sarandos said. Netflix “can get twice as big without sports,” he added. He said that Netflix already has built a large audience, claiming that 165 million households watched “Squid Game” without the TV show “having to follow the Super Bowl.”

Netflix — facing a rising tide of streaming competitors — lost 1.7 million subscribers in the first half of 2022 before rebounding in Q3 with a net gain of 2.4 million paid subscribers to reach 223.1 million worldwide as of the end of September.

“Look, like most companies we’re happy to get 2022 behind [us],” Sarandos said at the UBS conference.

Netflix is aiming to “reaccelerate revenue growth” in 2023, after the first half of this year “was pretty bumpy,” he said. One factor he cited was “unprecedented levels of competition,” which has been “subsidized” — meaning that traditional media companies Disney, Paramount, Warner Bros. Discovery and NBCUniversal are operating their direct-to-consumer businesses at a loss right now.

“We’re not making that migration [from a legacy TV business],” Sarandos said. “We are profitably in the streaming business.” He referenced a comment from Bob Iger — who just returned at CEO of Disney — as saying at the Code conference in September that traditional TV “is marching to a distinct precipice, and it’s going to be pushed off.”

Competitors “have a lot of room to grow before they catch up to us,” Sarandos added.

Asked about the live Chris Rock stand-up special Netflix has set for early 2023, Sarandos said that Netflix will employ live programming for “things that are creatively benefitted by live,” like reality competition shows. “Technically there’s nothing novel about live television,” he said.

Netflix, seeking to expand its addressable market, last month launched cheaper, ad-supported plans in 12 countries including the U.S., where it costs $6.99 per month (versus $9.99 for the regular Basic plan without ads). The streaming giant doesn’t expect a “material” lift in Q4 results from the new advertising play but has told investors it’s “very optimistic” about the business. At the New York Times’ DealBook conference last week, Hastings conceded he was “wrong” in his previous opposition to rolling out an advertising tier and that “I wish we had flipped a few years earlier on it.”

The ad-supported plan “opens the market up to us to that demographic” that is more price-sensitive and willing to watch commercials, said Sarandos — a cohort that includes his son, he revealed. Advertising will become important as it grows and “people will pay with attention instead of a credit card,” he said. Sarandos added that titles missing from Netflix’s ad plans (because it doesn’t have the rights to sell ads against it) represent about 10% of viewing. That “will flow off” or Netflix will renegotiate those rights, he said; the content lineup on the ad plans will not be “complete parity but near parity.”

Netflix’s ad tier also will provide a “softer landing” for consumers as the company expands its initiative to get password-sharing users to pay for separate accounts in early 2023.

“Here’s the good news: The folks we’re talking about all use Netflix, all love Netflix,” Sarandos said. “Now it’s about going back in and saying, ‘Hey, you’ve been on your ex’s account now you can get your own.’ … They’ll see the value in Netflix that they’re happy to have their own account.”