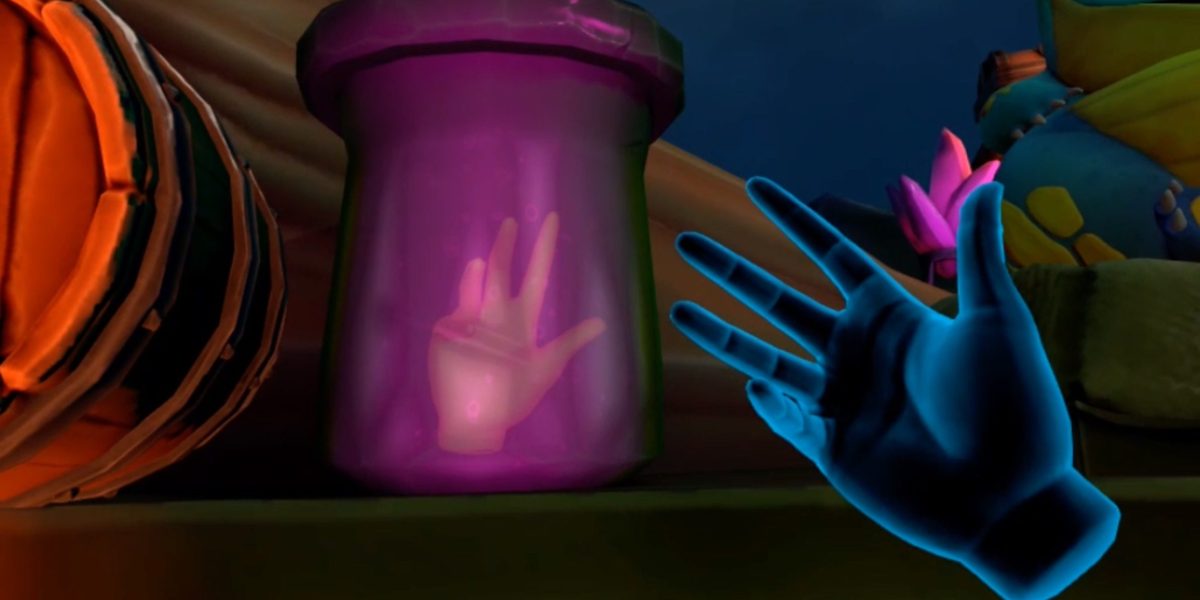 One year after the Oculus Quest first hit stores, Facebook’s all-in-one virtual reality headset is widely believed to be one of the industry’s most successful and innovative products, benefitting from frequent drips of new OS features and soft sales statistics. Today, the company is celebrating Quest’s first anniversary with a collection of updates, most notably including improvements to the headset’s integrated and third-party software capabilities, as well as offering some interesting details on app sales.

Perhaps the most visible improvements are coming to Quest’s safety system, Guardian, which is adding a Playspace Scan feature to automatically identify real world objects that may trigger Guardian warnings, so users can manually remove them before fully immersing in VR. The Guardian wireframe border will also expand beyond its current single color (red), letting users instead choose blue, purple, or yellow options to flag physical contact danger zones.

After five months of beta testing, Quest’s hand tracking feature is finally becoming generally available to users, and Facebook will officially open the floodgates to third-party developers on May 28. Beyond Quest’s OS-level use of the feature, several hand-controlled titles will be available for purchase in the Oculus Store this month, including Magnopus’s Elixir, Aldin Dynamics’ Waltz of the Wizard, and Fast Travel’s Curious Tale of the Stolen Pets. Users interested in exploring hand tracking within VR films may prefer the “Cinematic Narratives Set,” a two-movie bundle with a Colin Farrell-voiced romantic story called Gloomy Eyes, and a “world of miniatures” film called The Line.

Noting the COVID-19 pandemic’s impact on working from home, Facebook says the Oculus Store will increase its focus on productivity and collaborative apps over the coming months, adding the multi-user, cross-platform XR meeting app Spatial, as well as a distraction-free VR workspace app called Immersed this summer. The latter app promises to provide Quest users with access to multiple computer screens at once, with the option to work by yourself or share a space and/or screens with coworkers.

Last but not least, Facebook is offering some more small data points to the big picture of Quest sales. The company says users have spent more than $100 million on Quest content over the past year, with over 10 titles individually generating $2 million in revenue, including VR adventure Moss and action game Pistol Whip. Those aren’t huge numbers; Facebook said last month that 20 titles had individually surpassed $1 million in revenue, which works out to around 50,000 purchases of a $20 app, roughly the median price of Quest titles. To celebrate the anniversaries of both the Quest and Rift S, the Oculus Store will offer special sales for each platform starting on May 21, hopefully with discounts capable of creating even larger uptake for both VR titles and their developers.