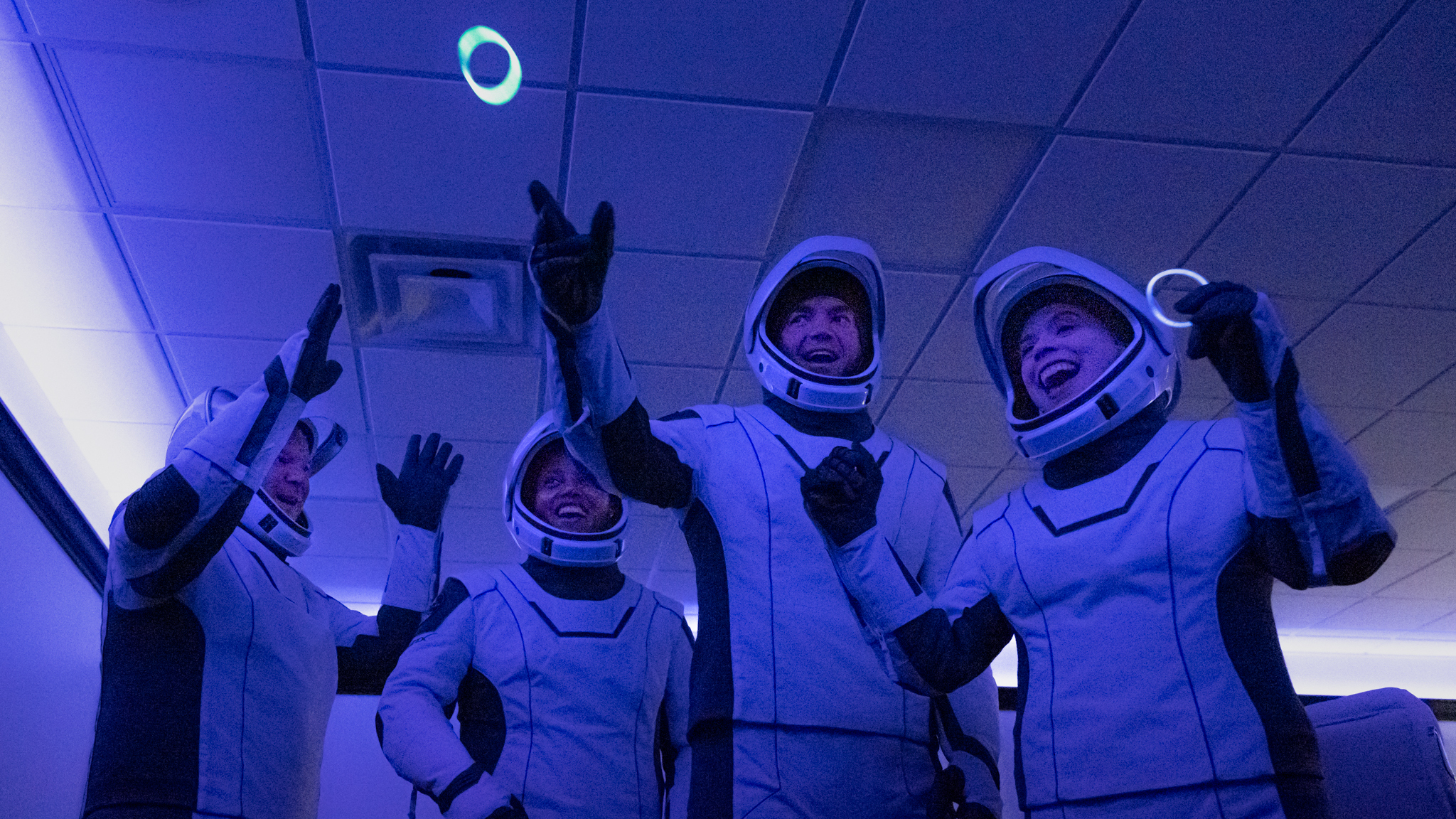 The four tourists currently orbiting the planet are following a proud space tradition: Packing the rocket with fun stuff to sell or gift upon their return to Earth.

But the crew of Inspiration4, the first privately operated mission to orbit, is putting a new spin on space memorabilia by toting along Non-Fungible Tokens, or NFTs, the latest trend in collecting. NFTs are “minted” using the same blockchain technology that underlies cryptocurrencies, and for the same reason: To create an uncopyable digital item that can be traded and tracked.

NFTs have been floating around the internet in various guises for years, but only recently have they become part of the broader art market. The artist Beeple made waves selling an NFT for the equivalent of $69.3 million, and Quartz even sold the first-ever NFT of a news story.  Although the initial boom may have subsided, eager collectors are still bidding, and the technology still offers a chance to explore how we understand art, scarcity and collecting—now, a rocket ship has been thrown in.

The NFT leaves the atmosphere

There’s a long history of selling physical space memorabilia to space enthusiasts, but what about a digital token? The Inspiration4 crew is bringing up several different spins on the NFT, backed by Subtractive, a creative agency, and Origin Protocol, a crypto firm which will mint the tokens and sell them at auction . The goal is to raise money for St. Jude’s Children’s Research Hospital, the official charity partner of the trip.

Bidding is already open, for a limited time, at Origin Protocol’s auction of digital art NFTs connected to the voyage. Some of the works were made by the passengers themselves. Dr. Sian Proctor, an artist as well as a geoscientist, has collaborated with Subtractive to combine her poetry and painting in an NFT that will travel to orbit, and is also bringing an NFT of an artwork that previously visited to the Marianas trench. Another NFT for the mission was created by retired astronaut Nicole Stott.

“Given the kind of wild hype that we’ve seen for single-edition NFT collectibles, I imagine that it will boost the sale price considerably,” Andrew Hayward, who covers NFTs for the news site Decrypt, says of taking the files into space. “I can’t really estimate where the price will land, but surely some NFT whale collector will want to own an NFT that traveled to space.”

Another NFT connected to the mission is a recording of a live performance by rock band Kings of Leon, which will be played on an iPhone 12 inside the space capsule and auctioned off once the passengers return to earth. Even a physical painting, contributed by Subtractive co-founder Ryan Stuit, will fly to orbit and return to have an NFT minted for it, but the artwork and the NFT will be sold to two separate buyers.

Why does it matter where a digital file went?

This isn’t the first time an NFT has been to space. Earlier this year, the artist Micah Johnson, collaborating with the space company Nanoracks, transmitted an NFT artwork he created to a server onboard the International Space Station. There, it orbited the Earth once and was transmitted back to the planet. (They also sent, fittingly, a recording of Debussy’s “Clair de Lune.”) Johnson’s work, an image of a Black child as an astronaut, sold at auction for the equivalent of $64,000, with the proceeds benefiting STEM students, particularly at historically Black colleges.

Kyle Shembler, a Subtractive co-founder, says the NFTs offer a kind of “master file” or single edition that attracts to collectors. While anyone may be able to aesthetically appreciate as many copies of Beeple’s multi-million dollar collages as they want to download and print out, no collector will purchase one of those copies. Similarly, with space NFTs, “the collector is looking for the history of the mission and the fact that it was her first ever creation in space,” Shembler says of Proctor’s NFT artworks.

That same dynamic is also behind the auction of physical space memorabilia. When Sotheby’s auctioned off rare moon rocks returned to Earth by a Soviet mission, it seemed natural that their value might fall if more lunar soil is returned to Earth by the numerous public and private missions currently being planned to Earth’s largest satellite.