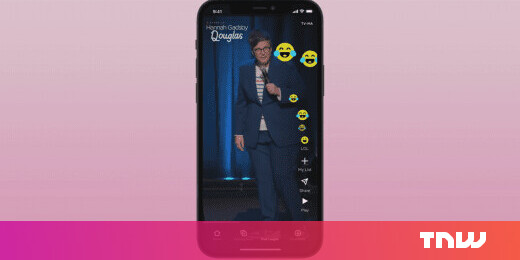 By now we’ve seen that once a new social media format becomes popular, every app wants to copy it. We saw it happen after everyone and their mothers copied Snapchat’s ephemeral Stories, and now we’re seeing it happen with TikTok-style short videos (which themselves are just copies of OG Vines).

Sometimes though, these features even leave the realm of social media platforms. Case in point: even Netflix is copying TikTok now.

We’ve been working in the kitchen ALL DAY to bring you our new Fast Laughs feature, now are you going to eat it or not? pic.twitter.com/pW7NrRkmTN

The feature gets its own tab at the bottom of the mobile app, and lets users play the shows or movies directly from the clip, add them to your watch later list, and share with others. You can also react with a ‘LOL’ to a clip, which I guess is how Netflix is keeping track of how funny the clips actually are.

Although the TikTok format being utilized here seems a little cringy, the goal appears to be helping viewers find something to watch — the eternal challenge of any professional Netflix-er. If the company decided to ahead with the feature after months of testing, it’s fair to assume it found users liked it enough that it was worth keeping — especially considering it features so prominently in the app. Still, I can’t help but wish the feature were a little more, you know, original.

As these things often go, the feature is rolling out to iOS users first. A select few Android users may see it now, but there’s no word on when it might become widely available. The feature also appears to be exclusive to mobile — don’t expect to be able to scroll through Fast Laughs on your TV any time soon.