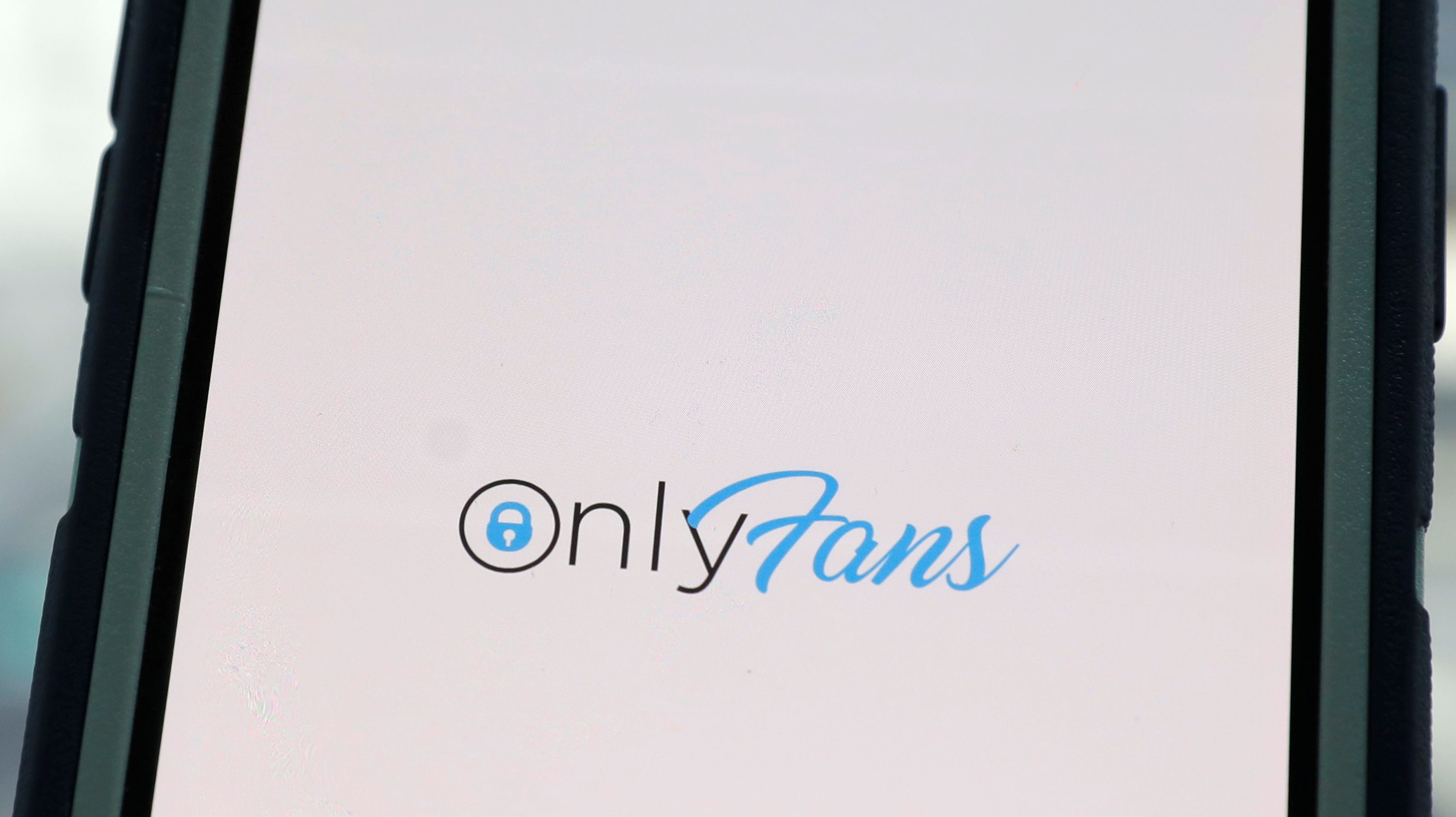 What’s permitted on social media is at once ill-defined and mercurial leaving creators wondering how to support themselves on a platform that could shut them out entirely without much notice. In the financial sector, websites dealing in legal sex work have to register as “high-risk” merchants online and pay higher fees when selling products online. Or face being cut off entirely. Last year, Visa and Mastercard cut off payments on PornHub—further isolating an industry already cut off from many typical financial players.

Nothing has underscored this precarity more than the recent debacle involving OnlyFans, a porn-focused social media site that decided to ban “explicit content” last month. It then executed an about-face after facing a mounting uproar from its creator community. OnlyFans faced pressure from “banking partners and payout providers,” according to the company. While vague, the words ring familiar to sex workers who have often faced discrimination both from tech companies and financial firms. OnlyFans never specified which banks caused problems making it hard to even know which policies were at issue.

Stoya bridges two worlds, one mainstream and one adult-only. She writes a sex advice column (under the name Jessica Stoya) for Slate, co-hosts an upcoming podcast (also for Slate), and sells merch such as signed copies of her book, a tote bag with her face on it.

But, she also markets a personal branded Fleshlight (a sex toy modeled after her vagina) and on her active OnlyFans account, about 500 subscribers are paying $10 per month for “all sorts of images that are too hot for Instagram.” Without a long credit history, this has meant landlords have demanded one year of rent upfront, and banks have refused to open accounts for her despite operating a legal business.

From her perch, she has seen the power and unpredictability of the tech and financial sectors when it comes to unfavored industries. She wonders why she should build a following on a website that very nearly went the way on Tumblr and Patreon in banning porn—and one that still could go that way.

Quartz talked to Stoya about the barriers she and other sex workers and online creators face from tech and financial companies.

This interview has been edited for length and clarity.

What kinds of financial barriers have you faced because of your profession?

I’m sitting in an apartment in Brooklyn. To get this, I had to hand over 12 months’ worth of rent. That was paying upfront for the last eight months of the year-long lease. Four months of that was a deposit. So complicated. Why? Well, because I’m a sex worker. I had a credit card once for about three months, so I don’t have the credit history that landlords want to see. So if they hadn’t decided to do this because I’m a sex worker, then they would have checked my credit and they would have gone, “Oh, you don’t interact with the credit system much.” So I probably still would have ended up having to hand over some large amount of money. Lots of sex workers in New York handle this by having other employment. At this point in my life, I would say I’m a columnist for Slate. Other sex workers get through it by subletting or being the roommate of someone who does not do sex work.

Years after all banks were required to have a chip in their cards, I would be, let’s say, at the airport, McDonald’s at 6:00 am trying to get breakfast before I get on a flight and they’re like, “Yeah, just stick your card in the machine.” And I’m like “I can’t stick my card in the machine.” And they’re like “Why don’t you have a chip?” And I’m like “I’m a sex worker.” I have to use a small bank that’s willing to do business with me that promised to give me a heads up if the Department of Justice makes them close my bank account—instead of just sending me a check for the balance. like many sex workers found out their accounts had been closed during Operation Choke Point [an Obama-era crackdown on money laundering that caused banks to close the accounts of many adult performers] several years ago. So it’s the big stuff… like moving. And it’s a little stuff… like paying for my Egg McBiscuit. Now I finally do have a chip, but now everyone’s on those like WiFi things that you just wave over the top.

Six months to a year prior to Operation Choke Point, I finally set up a company because when you’re freelancing it’s best to have a company and pay your taxes quarterly. So I set up a company and I went in to Chase Bank and they started setting up an account and then I came back with checks to deposit into these accounts. When I say these accounts, I mean one personal account and one Stoya Inc. account because the bank likes you to have a personal account. So I handed over a check from MindGeek, which owns PornHub, and the banker took it into the back and like five minutes later came back and was like, “Oh, we can’t open your business account.” And I’m like, “Oh, why? Like, what went wrong?” And they wouldn’t tell me.

[When the pandemic hit,] OnlyFans was tame enough that I could get a nice income just doing nude photosets. That’s my favorite. You pick the outfit, you come up with the gist of a scenario, and in the photo set that you’re telling a story and maybe the story is just I’m taking my clothes off, but you move through this experience over the course of 20 to 45 pictures. And that brings me so much joy. On OnlyFans, that was working. Just posting a photo set every week and then a topless selfie in the bathroom mirror on like a Tuesday or whatever. It was really lovely. I got to choose how I’m represented.

This doesn’t really surprise me, but what I’m finding is that other platforms are much more about super explicit sexual activity. And at this point in my life, I’m a writer. I do the sex work partially because it’s fun and partially because I like to keep my hand in so I preserve that level of understanding. OnlyFans was wonderful. I had 500 people who were pretty stable, and it was a nice little community in a way that a lot of these other websites don’t seem to be.

For the Slate piece, I talked to Corwin Prescott who is a very talented nude photographer who specializes in nudes in nature. And he brought up Tumblr, but this happens with every platform: Artists get on these platforms and express ourselves creatively in ways that involve the nude human form or eroticism or sexuality or sometimes all of them together. And then censorship is just like, nope.

Even when I was a contract performer, I was at will for the company. They expected me to live my entire life around their schedule. “We need you in Germany for a convention. Now we need you in South Africa. And no, you’re not getting paid for that.” I did all that and I was paid per sex scene. The industry is so completely precarious. Performers don’t get royalties. There are very few professional associations for sex workers and they’re not really that powerful.

What’s also curious to me is that newer financial firms like Stripe and PayPal also restrict sex workers.

You’re not asking for a blanket OK, but more so transparency, communication, and kind of an understanding of the rules on these financial and social platforms.

Yeah. Just tell us what the rules are clearly. If MasterCard were to come out with a statement tomorrow, that’s like, Actually we don’t want anything to do with sexuality at all whatsoever, I’d be like. Cool. Now I know I’ll figure out how to manage my financial situation without interacting with MasterCard. Yeah, but this is like in between. But if they actually don’t want anything to do with us, fine. I will figure out Bitcoin.

Is that something you’ve been putting off doing?

I’ve been putting off doing that for six years.

What do you think sex workers should know who maybe were dependent on OnlyFans and were shaken by this ordeal?

First, take a deep breath and exhale slowly. Amberly Rothfield is a great resource. She suggests diversification all the time, always diversify, always be antifragile. Have to have this income stream, have that income stream, do what you can as you go to set up passive revenue streams. It takes a very long time to build what Malcolm Gladwell would call sticky fans, so frequently your income, while you’re finding those people, is a rollercoaster ride.

At the beginning of the pandemic. I was like, “Oh, my God, I’ll be missing like $1,500 to $2,000 for the duration of the pandemic. I don’t know what to do.” And so I set up the OnlyFans and everything else [beyond the $1500-$2000] is like a bonus. I was like, “Ahh, I will do something very constructive and useful with this money that does not in any way change my standard of living because they don’t expect it to last.”

And whatever you think your standard of living can be, take that down three notches and keep an emergency fund. Keep a nest egg. You have all of the content that you’ve already put on OnlyFans. That is yours. You can take that to another platform to multiple platforms.