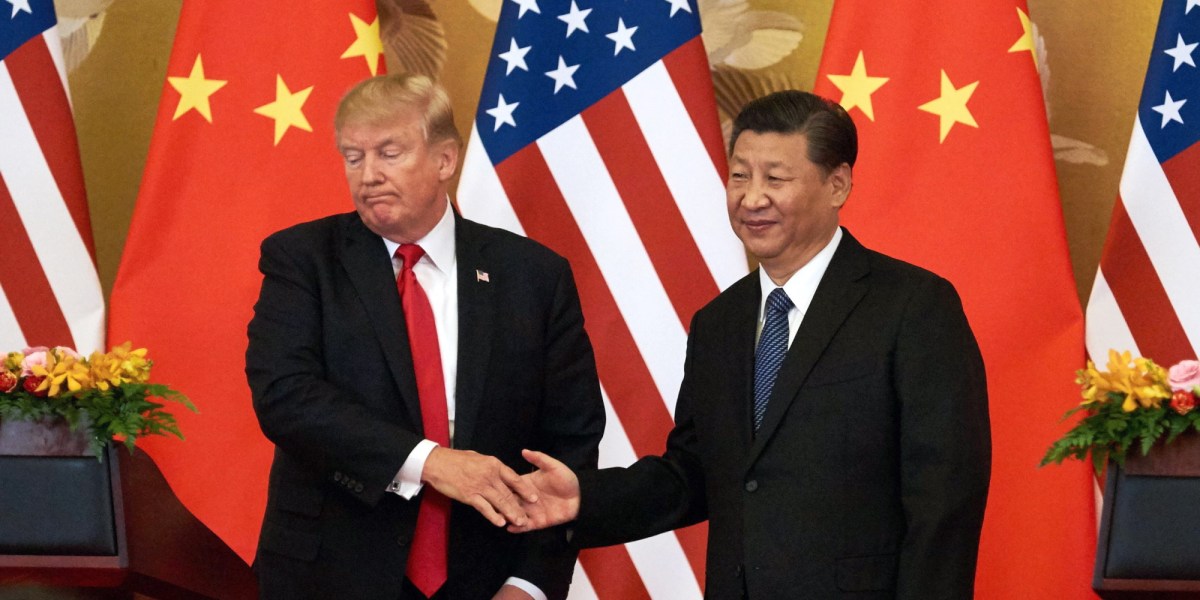 When I wrote about the forced TikTok acquisition last month, I spelled out what everyone wants. The Trump administration wants trouble for TikTok (and China), Microsoft wants TikTok’s data (and algorithm), and parent company ByteDance wants to be in charge of its own destiny (and revenues). Oracle has since waded in as a potential acquirer (which makes even less sense than Microsoft as the buyer) and China is starting to throw its weight around. Plenty has happened, and yet we’re no closer to a resolution before U.S. President Donald Trump’s September 15 sell-by deadline. A month ago, I didn’t think Microsoft would acquire TikTok. Now I don’t think we’ll see a TikTok acquisition at all.

I’m not saying this because CNBC reported a deal would be announced last week and then nothing happened. Nor am I reading too much into this week’s reports: The Wall Street Journal says ByteDance is talking with the Trump administration about avoiding a sale of its U.S. TikTok operations, while Bloomberg says ByteDance is probably going to miss the deadline.

To me, all of these reports merely indicate that the reasons against a deal keep mounting. Meanwhile, the arguments for a deal were never there to begin with — they were artificially imposed. Putting aside the fact that forcing foreign businesses to sell their most prized possession is inherently problematic, here are the obstacles discouraging a TikTok acquisition.

This whole brouhaha began when Trump gave Microsoft 45 days to seal a TikTok deal. That is an inadequate amount of time for any U.S. company to pull off an acquisition that was never on the table in their wildest dreams, let alone one as complicated as that of a social app owned by a Chinese company with users around the world. Such pressure certainly gets potential parties talking, but it also makes them less likely to address all the dirty details that in normal circumstances take months to hammer out.

Next, Trump wants a cut of TikTok’s sale price. Ignoring the dangerous precedent such a demand sets, whose pocket is that slice going to come out of? Neither party has reason to pay what amounts to “key money” — in Trump’s own words — an illegal real estate finder’s fee. The demand only makes a deal less appealing.

Adding more friction, TikTok is suing the Trump administration over his executive order that bans U.S. transactions with TikTok starting on September 20. What will the courts say about that — and will they say it in the next week? If the courts don’t make a move, TikTok clones that are stealing its users will soon be stealing its U.S. revenues, making the app even less attractive to potential buyers.

Complicating matters further, all the acquisition talks have been focused on TikTok’s North American, Australian, and New Zealand operations. That means a potential acquirer isn’t getting the whole app, nor all its users and data. TikTok wouldn’t just be separated from ByteDance, but also from TikTok’s other regions, adding to the long list of technical challenges such a deal would entail.

Speaking of which, nobody can articulate exactly how TikTok’s data would be moved from ByteDance to a new parent company. TikTok applies machine learning to that data to determine which videos you are most likely to engage with, so it can serve you more similar content or content that people with similar preferences like. But it’s not clear whether TikTok’s AI algorithm — the real value of a potential deal — would come along for the ride.

Not coincidentally, China added AI tech to its export control list late last month, including “personalized content recommendations based on data analysis.” Translation: TikTok’s AI algorithm is not for sale. In case the message didn’t hit home, China’s state media quoted a government advisor saying ByteDance should study the new export list and “seriously and cautiously” consider halting deal negotiations. This is just another battle in the AI arms race, in which the U.S. is ahead and China is closing in.

The U.S. has a problematic deadline and finder’s fee, the lawsuit and technical challenges aren’t helping, and China wants to deny any sort of acquisition that involves TikTok’s most valuable asset.

Furthermore, China’s President Xi Jinping can and will play the long game. While Trump is constrained by a pesky problem known as the U.S. Constitution (Amendment XXII limits the office of the president to two terms), Jinping abolished presidential term limits in 2018.

I, like everyone else, have no idea what will ultimately happen. Trump could save face by announcing that a deal has been reached, with no follow-up forthcoming. (He’s certainly made tech announcements that weren’t his to make before.) Or ByteDance could attempt to appease Trump by announcing some sort of “deal” and then dragging its feet until an alternative is reached. That would fit neatly into Jinping’s playbook.

What I can say is that with each passing day, “the TikTok acquisition” looks less and less like a done deal.

ProBeat is a column in which Emil rants about whatever crosses him that week.

The tech sector can — and must — disrupt social inequity