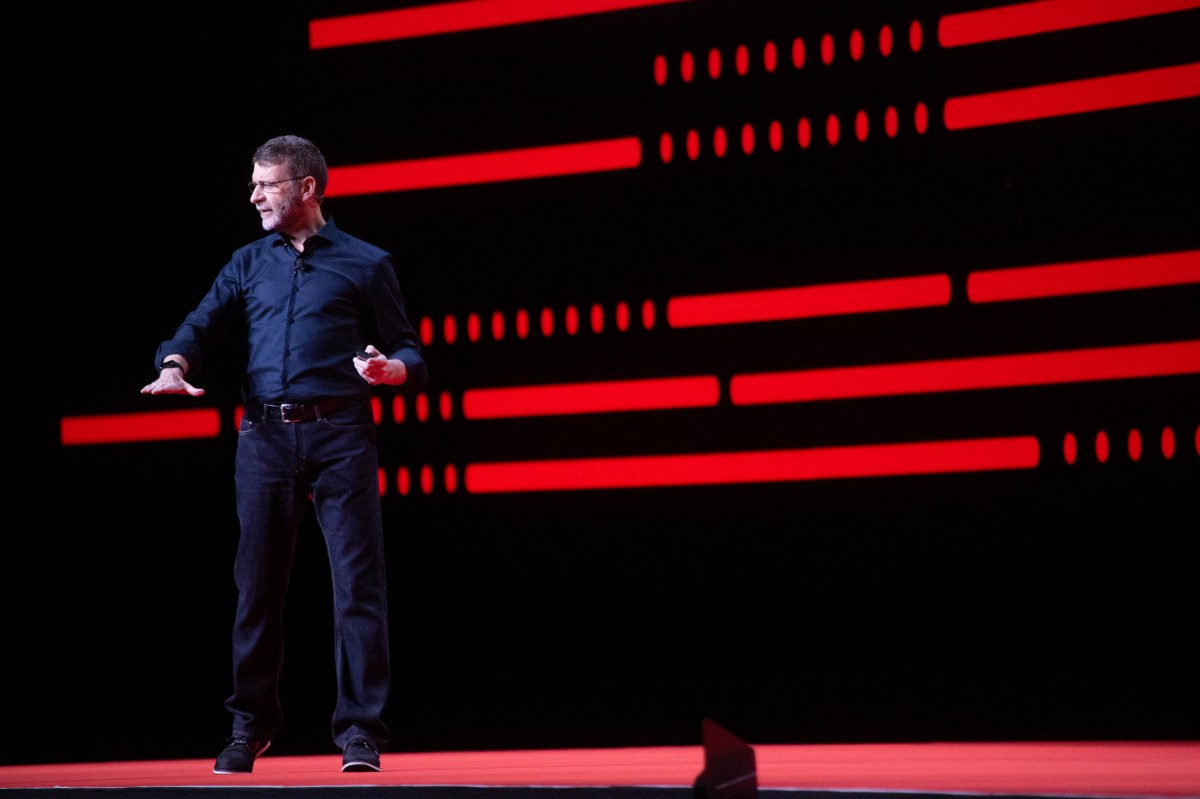 We are excited to bring Transform 2022 back in-person July 19 and virtually July 20 – 28. Join AI and data leaders for insightful talks and exciting networking opportunities. Register today!

This is the IT new normal.

At least, it’s in the process of being defined.

“We all need to adjust,” said Paul Cormier, president and CEO of Red Hat, told VentureBeat. “What that means is still in the formative stages.”

The pandemic pushed the wheel of the “new normal” forward, and open-source and hybrid cloud are driving it further along, Cormier said today at Red Hat Summit 2022.

Open source, particularly, has gone far past the purview of hobbyists, he emphasized. CIOs that have used it and the pandemic as a way to pivot – instead of just focusing on surviving – have not only weathered well but have positioned their businesses for future flexibility and growth.

“It’s really the innovation engine that’s driving this new normal,” Cormier said. “Where we thought things might be five years from now, have moved up to now.”

Red Hat will make several announcements at its two-day summit this week. Notably, the company introduced Red Hat Enterprise Linux (RHEL) 9, the newest version of its flagship product. The platform will be generally available in coming weeks.

The release is timely and strategic, Cormier said, as IDC predicts that by 2023, 40% of Global 2000 companies will base cloud selection processes on business outcomes rather than IT requirements. RHEL 9 provides a standardized platform allowing organizations to deploy new initiatives without having to abandon existing workloads or systems, he explained. It was built to support hybrid/multi-cloud deployments ranging from physical to on-premises to public cloud to edge.

With the significant growth in edge computing, the new version is designed to help address evolving IT needs at the edge, he said. It incorporates comprehensive edge management to oversee and scale remote deployments with zero-touch provisioning, system health visibility and responsive vulnerability migrations. It also has an automatic container roll-back as well as a new image builder service.

Pushing the edge beyond the walls of the data center

Enterprise interest in edge computing continues to grow exponentially: IDC predicts the market to reach more than a quarter trillion dollars by 2025.

“We hear a lot about the edge, and I don’t think edge is a thing by itself,” Cormier said. “Edge is a piece of the architecture in a truly hybrid architecture.”

With that, “CIOs are no longer just responsible for the pieces that run within the four walls of their data center.”

Now they also have to be concerned with apps that run into multiple clouds and out onto the edge – whether that edge be a cell tower, a retail store or a factory floor.

“That’s all now part of the CIO’s world,” Cormier said. “The CIO has to develop for the edge, just as they do for the data center in the cloud. They have to operate the edge, monitor, update, and they have to secure the edge as part of that overall architecture.”

These are intended to simplify the process, speed deployment, enhance security and increase confidence on the part of administrators, Cormier explained.

For example, Red Hat has long been strong in the telco space, he said, and 4G technologies are built on proprietary, very vertically aligned stacks – from hardware to firmware to the operating system to middleware all the way to the application. 5G, by contrast, is built from software, and containers enable alignment of applications. In the case of telco, the edge is all the way out to the cell tower.

“It has to run as one common system from the cell tower to the intermediary data centers, to the main data centers,” Cormier said. “The edge now really completes that hybrid architecture.”

He added that “We really don’t have time to move that data way back to the data center. You need to get the compute closer to the data. That’s where edge comes in.”

Open source is critically important to this new era of innovation, Cormier emphasized. Not too long ago, open source was still in the domain of the hobbyist; now, developers versed in it are some of the most lucrative and sought after.

Cormier pointed out that original equipment manufacturers (OEMs) were working in open source and investing in it even when there was no real business coming from it; independent software vendors (ISVs) were certifying themselves on the Red Hat platform when open source was still a fringe concept; and CIOs, notably in the banking space, were early adopters of Linux and open source in production environments.