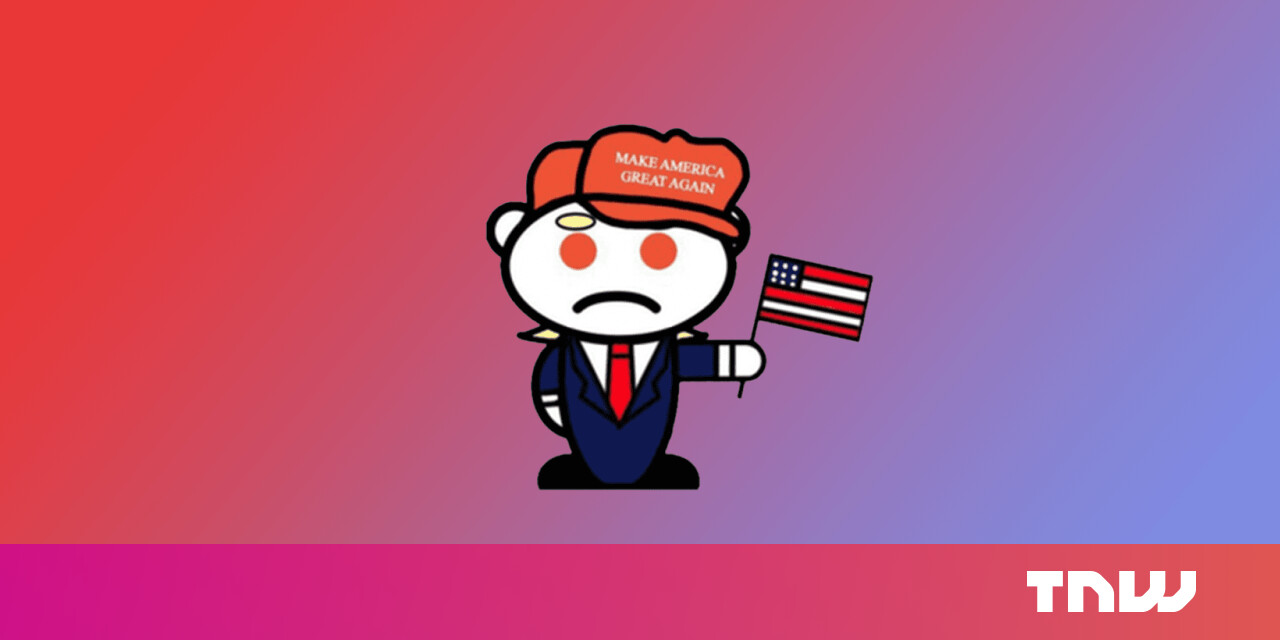 Reddit‘s r/The_Donald has long been a thinly veiled breeding ground for racism, misogyny, homophobia, and all-around bigotry devoted to the 45th President of the United States. Today, after years of criticism, Reddit decided to take definitive action against the subreddit of 790,000 subscribers by banning it altogether.

The move is part of new policies and enforcement against hateful content in the wake of Black Lives Matter protests that resulted in an initial ban of 2,000 communities today. Although only about 200 of these had more than 10 daily active users, other prominent subreddits banned today include r/chapotraphouse, a subreddit associated with a far-left podcast of the same name, and r/gendercritical, a subreddit for trans-exclusionary radical feminists.

To be clear, it’s not the first time Reddit has taken action against r/The_Donald. It was made an opt-in subreddit in 2019, was limited in features, and its posts were hidden from Reddit’s front pages. Still, the community continued to grow because ultimately it just took a couple of clicks to reach.

Reddit sites the subreddit as specifically having broken it rules 1, 2, and 8 of its newly refined content policies. Number 1, specifically, reads as follows:

Remember the human. Reddit is a place for creating community and belonging, not for attacking marginalized or vulnerable groups of people. Everyone has a right to use Reddit free of harassment, bullying, and threats of violence. Communities and users that incite violence or that promote hate based on identity or vulnerability will be banned.

Yeah, r/The_Donald is was well beyond that threshold. If you’re lucky enough to have never come across content from the subreddit, you can read this piece by my colleague Tristan Greene on what it was like reading r/The_Donald every day (spoiler: unpleasant). The subreddit didn’t just give free passes to the occasional troll or bigot, it was a community that made ‘attacking marginalized or vulnerable groups’ the norm.

While some will worry that the ban will stifle free speech and diverse political opinion, Reddit CEO Steve Huffman said on a call that “political speech continues to be safe” but “all communities, including our political communities, have to abide by our policies,” according to The Verge. Let’s not forget Reddit used to also allow communities featuring sexually suggestive content with minors also in the name of ‘free speech.’

You might think “well, aren’t the same people just going to go elsewhere?” Of course. Reddit will probably lose thousands of users over its new policies, many of whom will likely find other grimy corners of the internet to fester in. And today’s ban is neither all-encompassing – there remain many subreddits that are arguably more harmful than some on the list – nor likely to be without a myriad of detractors.

But hate spreads when it is normalized and given a platform, especially one as large and young-leaning as Reddit. ‘Deplatforming‘ hate has been shown to be effective. The previous attempts at curbing r/The_Donald’s message just weren’t enough. Good on Reddit for finally taking a stance, even if there’s still more work to do.

Read next: How aliens could use black holes to power an intergalactic civilization

Celebrate Pride 2020 with us this month!

Why is queer representation so important? What’s it like being trans in tech? How do I participate virtually? You can find all our Pride 2020 coverage here.