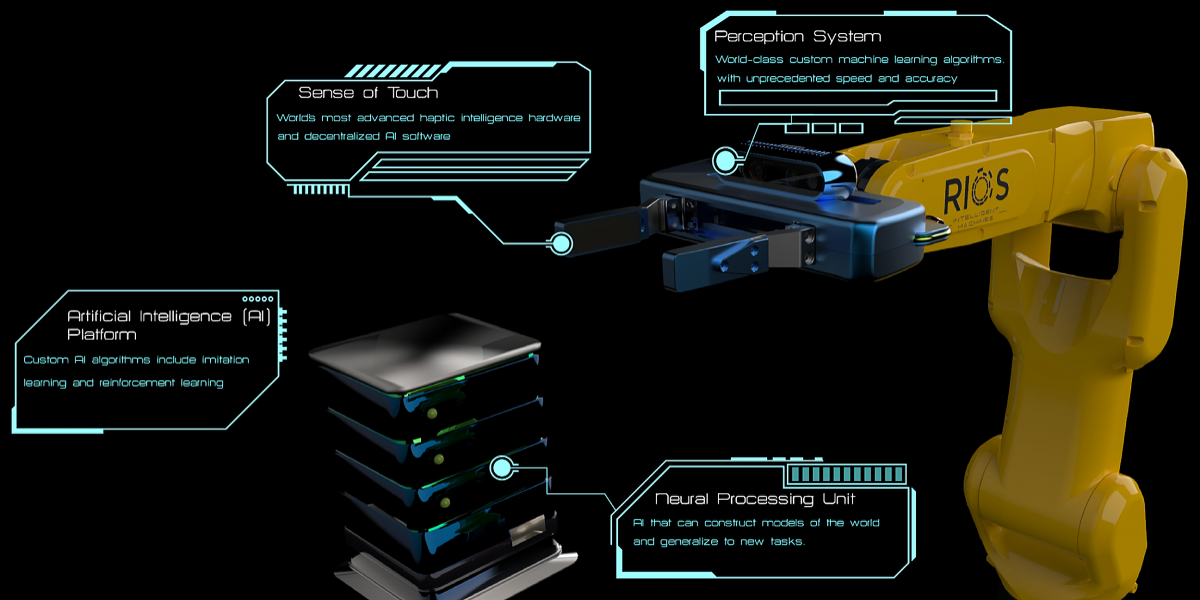 Rios, a Stanford robotics spinout founded by former Xerox PARC engineers, emerged from stealth today after 18 months with $5 million in funding. The company says it plans to use the funds to bolster product R&D and to accelerate its go-to-market efforts as it signs on “global” customers and partners.

Around $1.2 billion in U.S. venture capital deals have targeted logistics-focused robotics and automation companies since 2015, according to PitchBook, and investments are poised to accelerate. During the pandemic, ecommerce order volume has increased by 50% compared with 2019 and shipment times for products like furniture more than doubled. At the same time, Datex found that warehouse positions being created to accommodate the expansion is outpacing the labor pool’s growth by six to one, signaling a talent shortage.

While industrial robotics aren’t exactly novel, Rios claims its technology is more versatile than most. As CEO Bernard Casse explains, the company’s platform combines dedicated hardware, computer vision, and AI to enable warehouse, factory, and supply chain robots to handle thousands of types of objects, precisely performing manipulation tasks. With a pincer-like gripper component, the machines can adapt — and be programmed — to address multiple use cases in a range of unstructured environments.

Rios’ first product is the DX-1, which is designed to perform tasks from pick-and-place of arbitrary objects to complex component assembly. DX-1 can interact with objects in both static and dynamic settings, such as bin picking and moving conveyor belts, thanks to a “biomimetic” touch sensor containing thousands of miniature sensors relaying pressure, texture, and temperature information. The sensor data are processed by embedded chips running Rios’ AI algorithms, imbuing DX-1 with capabilities like grasping, slip detection, and surface topography mapping in addition to texture discrimination.

Rios says that in pilots with a Tier 1 automotive manufacturer and others, DX-1 demonstrated a knack for automating tasks across the vehicle assembly, lab automation, and food services segments. With the funding round under its belt, the company plans to deliver DX-1 via a robots-as-a-service (RaaS) model, charging a flat monthly fee that includes installation, initial programming, regular software updates, re-programming as needed, maintenance, and 24/7 monitoring.

Rios is headquartered in Palo Alto and has a pilot facility in San Carlos.

Rios’ fundraising follows a decade of multimillion-dollar bets on logistics and fulfillment automation. Amazon acquired robotics company Kiva Systems for $775 million in March 2012, and last November DHL announced it would invest $300 million to modernize its warehouses in North America with IoT sensors and robots. Separately, startups like Attabotics and CommonSense Robotics have raised tens of millions of dollars for compact automated fulfillment centers that can slot into tight spaces, like underground garages. Others like Covariant and Soft Robotics have won over investors with control systems that can pick, place, and unload objects in warehouses.