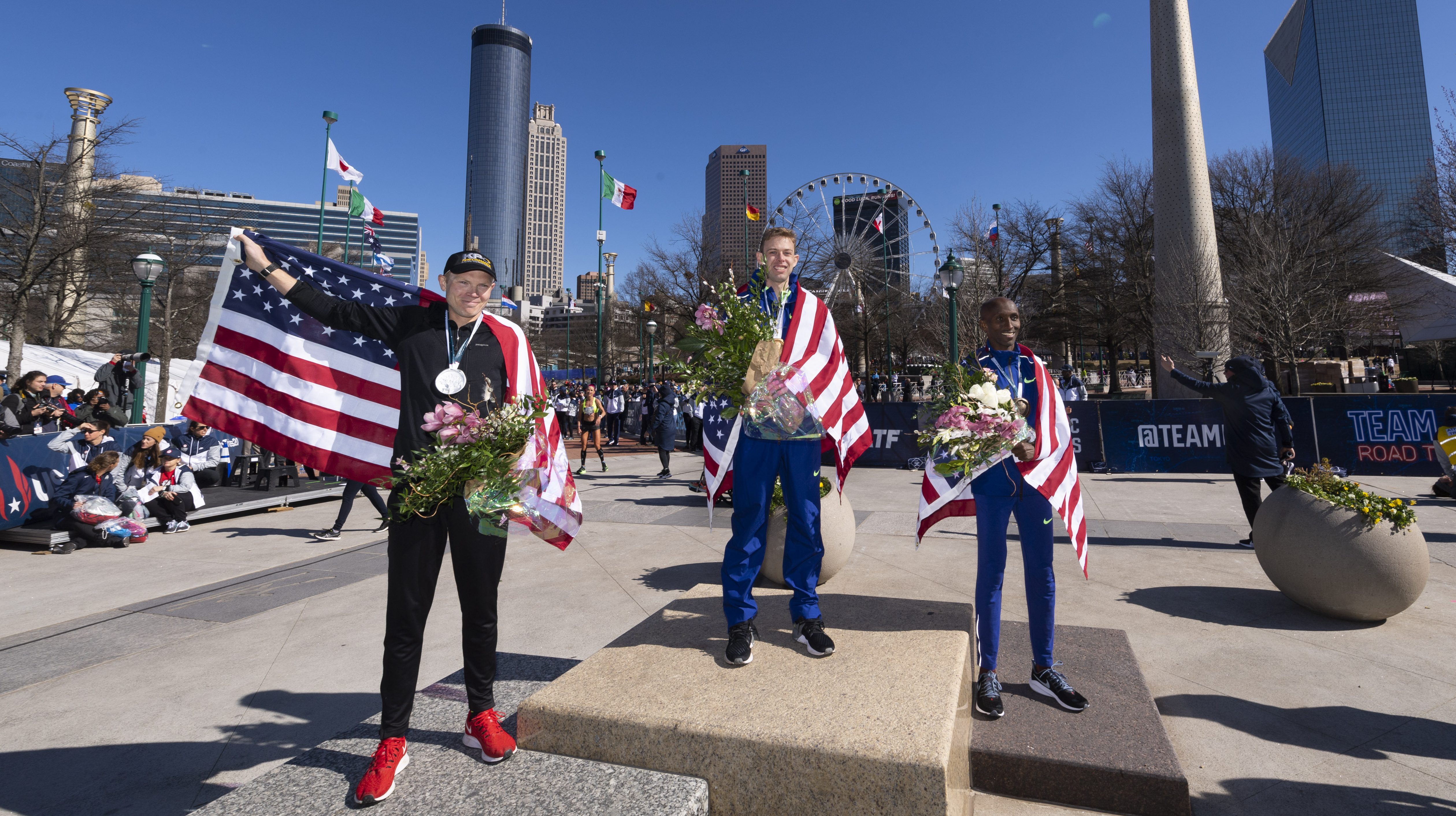 On Feb. 29, hundreds of American hopefuls competed at the Olympic marathon trials in Atlanta to see which three men and three women will represent the US at the Tokyo 2020 Olympics. Most wore versions of Nike’s controversial distance-running shoes.

Runner’s World did the eye-straining work of tallying up all the styles worn by runners at the trial. Of the 565 pairs of shoes it counted, 404 were some version of Nike’s Vaporfly or Alphafly shoes. The most common model worn was the ZoomX Vaporfly Next%, followed by the Air Zoom Alphafly Next%—the newly released iteration in the Vaporfly lineage recently cleared for use in the Olympics. Finally there was the older Zoom Vaporfly 4% Flyknit. You can see the full counts and more information in Runner’s World’s breakdown.

That so many runners chose Nike’s shoes perhaps isn’t surprising, given the idea that they could provide a mechanical advantage. Nike also gave out pairs of the Alphafly Next% for free to all qualifiers, undoubtedly helping its numbers. “The giveaway created the awkward spectacle of runners ditching shoes from their longtime sponsors in favor of the Nikes,” the New York Times reported.

Runner’s World spotted several instances of runners trying to hide the Nikes on their feet. Some covered their shoes with black paint. One Adidas-backed runner tried adding the company’s signature three stripes over Nike’s swoosh. None of these efforts worked very well. Maybe the most impressive attempt came from a runner backed by Diadora who apparently affixed the flexible upper from the top of his sponsor’s shoe onto the Nikes he actually wore. A photographer captured him in stride and posted the photo on Instagram. (The runner wasn’t counted in Runner’s World’s tally because he exited the race after 16 miles.)

Nike’s shoes use a carbon-fiber plate sandwiched between layers of its proprietary ZoomX foam, which it says offers more energy-return to runners than other foams on the market. They’ve triggered a contest among running-shoe makers to come out with new foams and embedded plates. Many top running companies, including Brooks, Hoka One One, and Saucony, have recently introduced new shoes boasting bouncy foams and carbon-fiber plates.

Most of the finishers at the trials wore shoes with plates, though Nike still dominated the winners. The top three men all wore Nike shoes. In the women’s group, the first two finishers wore Hoka One One and Saucony. The third wore Nike.