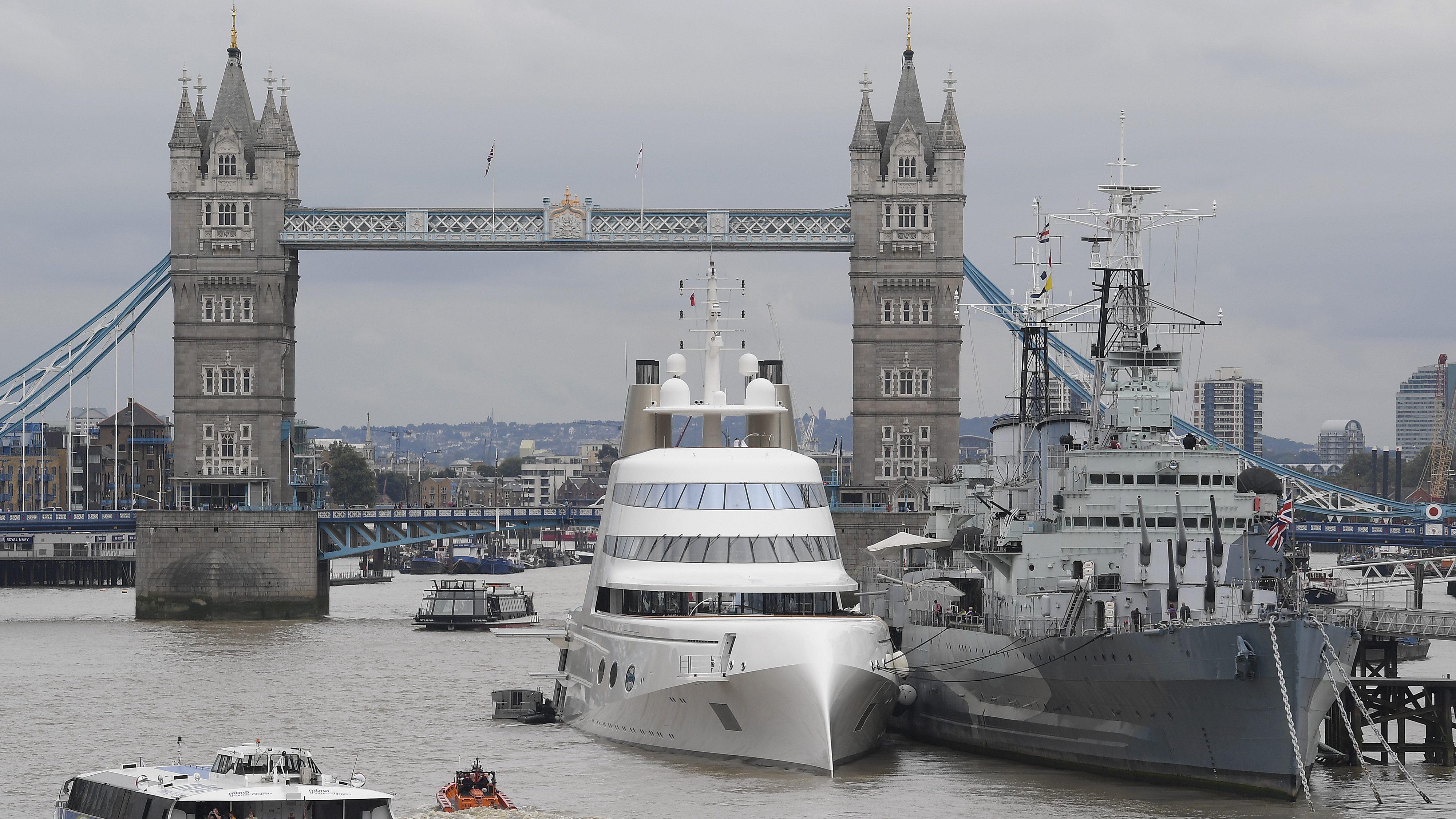 On Feb. 21, the day Vladimir Putin ordered troops into eastern Ukraine, the 456-foot My Solaris, owned by Russian oligarch Roman Abramovich, was rushed off a dry dock in Barcelona and into the water. The Galactica Super Nova, believed to belong to oil company chief Vagit Alekperov, pulled up anchor on Feb. 26, the day the SWIFT ban was announced, arriving in Montenegro, just outside EU jurisdiction, three days later.

Other yachts owned by Russian tycoons are headed for the Maldives, a country without extradition treaties and a safe harbor for yachts fleeing the long arm of western sanctions.

The Lady Anastasia remains at Port Adriano, in Mallorca, where it will likely stay for a while after a 55-year-old Ukrainian sailor partially sunk the superyacht, on which he worked as a chief engineer, the day after (Feb. 27) a Russian cruise missile struck an apartment building in Kyiv, Ukraine’s capital, killing at least two civilians. The owner of the Lady Anastatia, Alexander Mikheev, leads the export arm of a Russian state-owned weapons supplier.

“My boss is a criminal who sells weapons that kill the Ukrainian people,” the sailor told the civil guards (link in Spanish) who came to arrest him in Mallorca. “I don’t regret anything I’ve done and I would do it again.”

Since Russia’s invasion of Ukraine a week ago the multimillion-dollar superyachts of Russia’s elite have become the targets of global ire—with activist Twitter accounts outing their locations, and governments seeking to clamp down on an oligarch class seen as handmaids to Putin’s power.

The Twitter account @PutinIsAVirus, run by an open-source information enthusiast, tracks the movements of the superyachts of Russia’s rich using sites such as MarineTraffic or VesselFinder.

With a following of more than 13,000, @PutinIsAVirus is tapping into an eat-the-rich populism converging with a groundswell of support for the charismatic president, Volodymyr Zelenskyy, and the Ukrainian people. (The account warns against damaging the boats, noting that insurance will cover losses to the owner.)

Jack Sweeney, the teenager behind @ElonsJet, which tracked billionaire entrepreneur Elon Musk, has since set up @PutinJet and @RUOligarchJets, which has over 230,000 followers, sending a message to Russia’s rich that they are under watch.

Who wants to seize the yachts?

In his state of the union address yesterday, US president Joe Biden said the the White House and its allies would come for “the Russian oligarchs and corrupt leaders who have bilked billions of dollars” off Russian president Vladimir Putin’s violent regime.

“The US Department of Justice is assembling a dedicated task force to go after the crimes of Russian oligarchs,” said Biden. “We are joining with our European allies to find and seize your yachts, your luxury apartments, your private jets. We are coming for your ill-begotten gains.”

Last week, the US Treasury sanctioned five Russian elites. The UK has frozen froze the assets of 100 Russian oligarchs, and the EU did the same for 26 individuals.

Meanwhile, France is drawing up a list of yachts, properties, and bank accounts held by Russian oligarchs.

The US’s empty commitment to a two-state solution