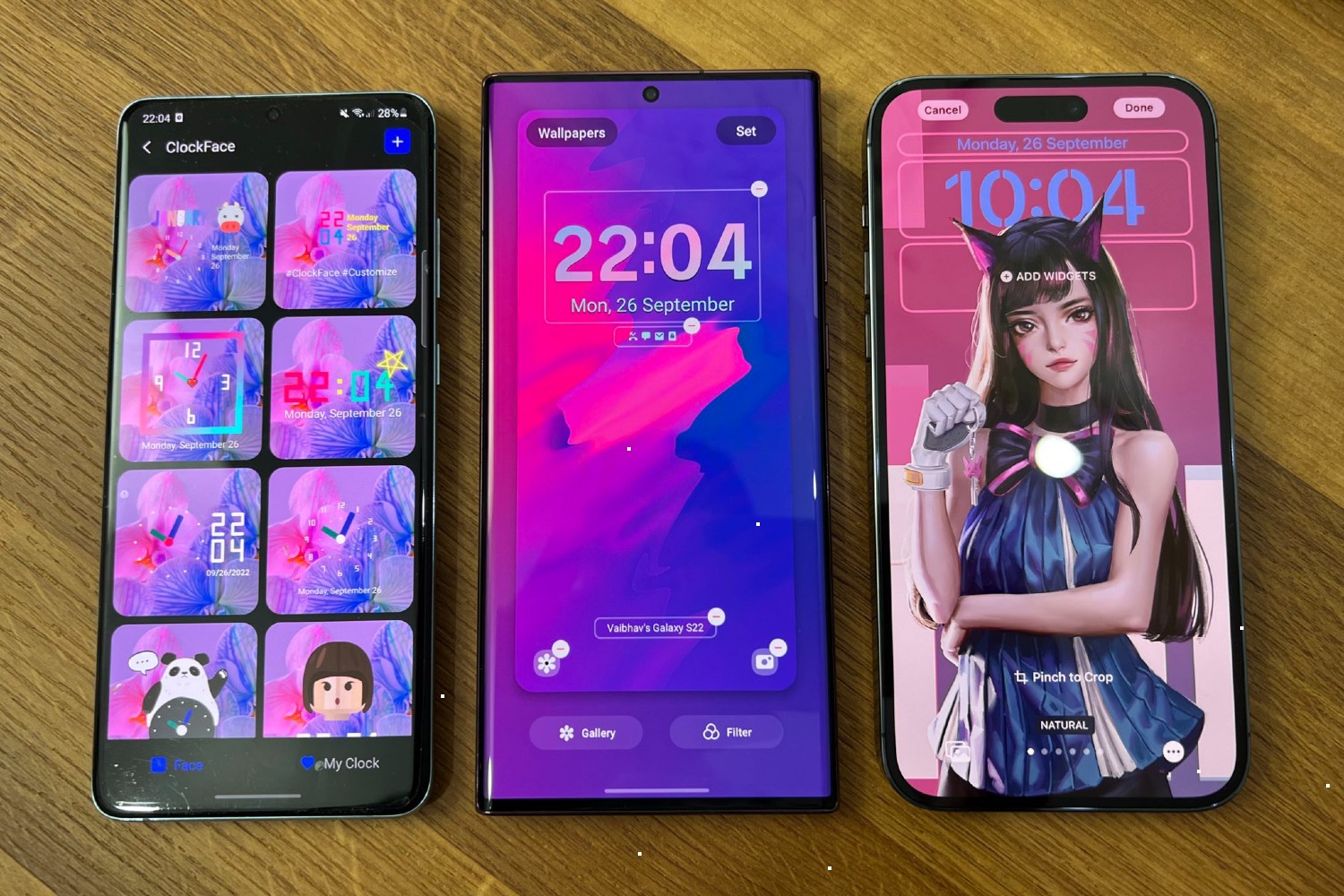 It’s hard to tell sometimes if iPhone innovations inspire Android or the other way around. Google introduced Material You for Android 13, while Apple programmed iOS 16 with lock screen customization — giving their respective customers all the personalization power in the world. Now, it seems Samsung made lock screen customization on its phones look similar to that of iOS 16 in its latest One UI 5 beta.

Video creator and TechDroider founder Vaibhav Jain pointed out on Twitter that the lock screen interface for One UI 5 is a spitting image of the lock screen interface for iOS 16, but with some differences. Whereas iOS 16 gives users a selection of eight clock face designs, One UI 5 gives only five. The former also offers both built-in and third-party widgets (like Widgetable), while the latter only offers widget icons for notifications.

GoodLock vs Samsung OneUI 5 vs iOS 16

Show me exactly where GoOdlock Did It First 😂

The OneUI 5 Lockscreen Interface is a copy of iOS16 pic.twitter.com/nGaOkt8KTF

Most of the similarities between iOS 16 and One UI 5 lie in wallpapers. Both operating systems have a carousel of different backgrounds that users can switch to when the mood strikes them, and change the colors of the wallpapers that best suit their style.

It’s important to keep in mind that One UI 5 is not the first version of Samsung’s software to have a customizable lock screen interface. It was already available in previous versions, but the latest One UI 5 beta gave it a little upgrade by copying and pasting iOS 16’s lock screen interface into the system.

This little boost to Samsung owners’ lock screens continues the pattern of Samsung mocking Apple as soon as it releases a new iPhone or iOS update, only to copy its style later. At least Samsung owners, and Android users by extension, now have the same customization privileges iPhone users enjoy.