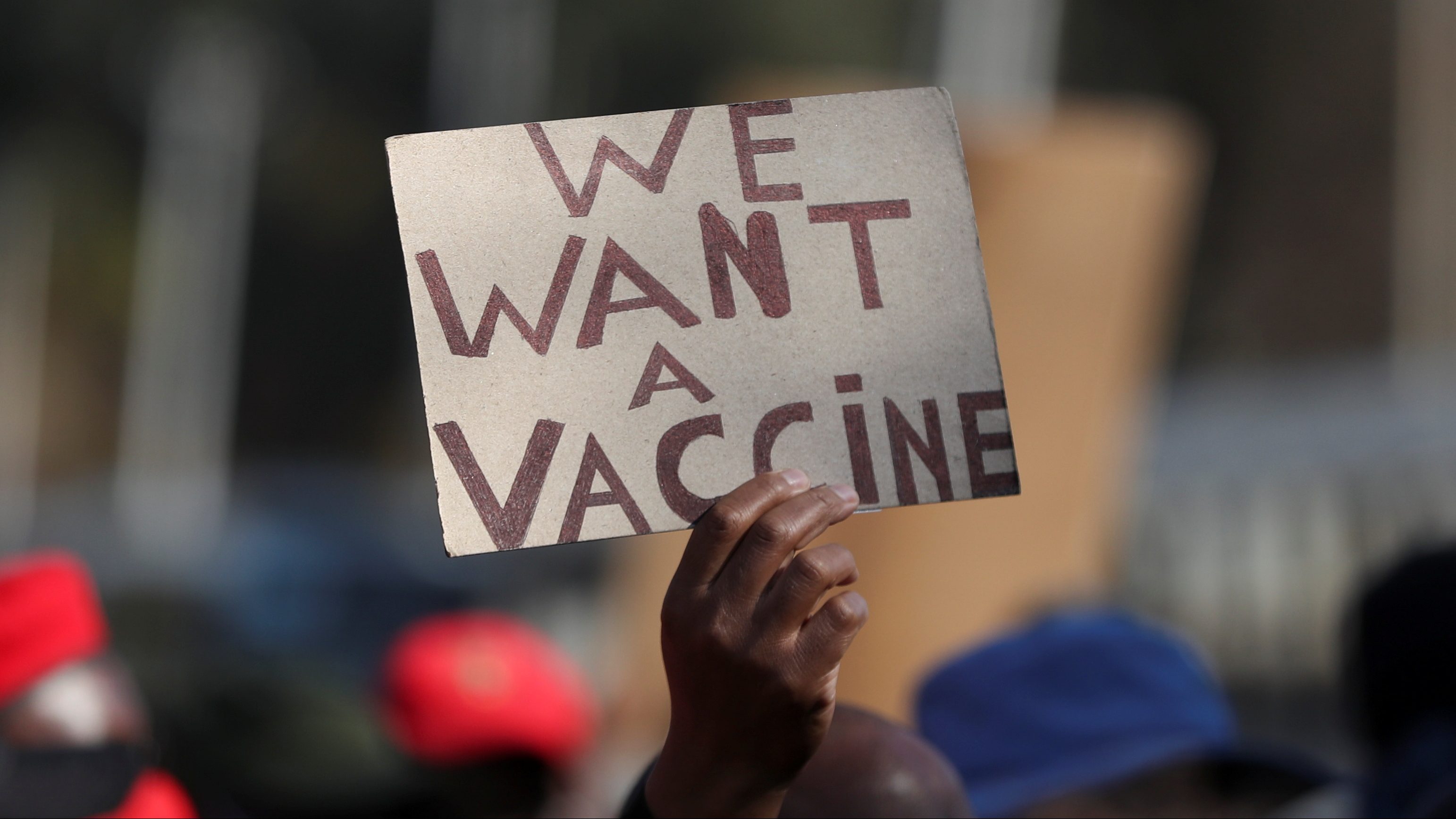 The pharmaceutical industry has repeatedly claimed that only a few companies worldwide are able manufacture covid-19 vaccines. But as the world grapples with omicron, a recent report by Human Rights Watch (HRW) says that more than 100 firms can produce the required mRNA shots, including eight companies in Africa—in Egypt, Morocco, Senegal, South Africa, and Tunisia.

But Pfizer, BioNTech, and Moderna are hanging on tight to the intellectual property that’s made them billions. Activists say these companies should transfer this technology to capable manufacturers in Africa to provide urgent protection against the virus for a broader range of people.

Until these companies hand over the technology, African countries will continue to be heavily reliant on vaccine donations. Yet the Covax program, partly led by the WHO, has so far been unsuccessful—from delivering near-expired vaccines to failing to meet demand altogether, the program has fallen well below expectations.

Less than 10% of Africa has been vaccinated, compared to 60% of Americans—vaccines are plentiful in the US, though skepticism and access issues are substantial—and 80% of Brits.

With the presence of omicron, rich nations have also sped up their booster programs. According to the WHO, there are six times more daily boosters being administered globally than first doses in poor countries. It warns that this higher consumption of boosters could lead to a shortfall of 3 billion vaccines elsewhere in the first quarter of 2022, further hindering the rollout across Africa.

BioNTech announced plans to build start-to-finish factories to make mRNA vaccines in Senegal and Rwanda, with a production capacity of 50 million doses per year. Moderna also aims to build a facility in Africa, producing up to 500 million doses annually.

In addition, Pfizer and BioNTech struck a deal with Biovac to manufacture their vaccine in South Africa. The agreement is for a “fill and finish” process, in which the vaccine will be made in Europe, then sent to South Africa to be put into vials and shipped out.

“I think there is going to be a mixed bag in terms of impact and value addition, but it will make a contribution,” says Patrick Tippo, executive director of the Africa Vaccine Manufacturing Initiative. “What we are all pushing for is end-to-end vaccine manufacturing on the continent.”

But others argue these recent announcements are a smokescreen, allowing the companies to avoid sharing the vital technology.

“The construction of BioNTech’s facilities will only begin in mid-2022,” says Achal Prabhala, co-author of the HRW report. “Moderna has failed to specify where the facility would be constructed and when it would be completed, while the deal with Biovac is a glorified distribution agreement. All the initiatives so far have significant problems.”

Pfizer, Moderna, and BioNTech are also yet to participate in the first mRNA technology transfer hub on the African continent, which was started earlier this year by the WHO, Covax, and a number of local partners in South Africa.

Sharing the technology would also mean sharing the profits. The People’s Vaccine Alliance estimates that the mRNA vaccine-producing companies are making combined profits of $65,000 every minute.

“Pfizer, BioNTech, and Moderna want total control, so they can extract every last cent of profit in the next few years,” continued Prabhala. “If they transferred their technology and gave out licenses, many more companies could make the vaccines quickly. But so far, they have shown absolutely no sign that they are willing to do that.”

With technology transfer and the waiving of intellectual property rights not willingly taking place, activists are pushing for Western authorities to apply pressure. “These companies have been funded by the US and German governments,” Prabhala told Quartz. “So they have influence over them. There are multiple legal options that governments could explore to force these companies to share the technology, but they have not done that yet.”