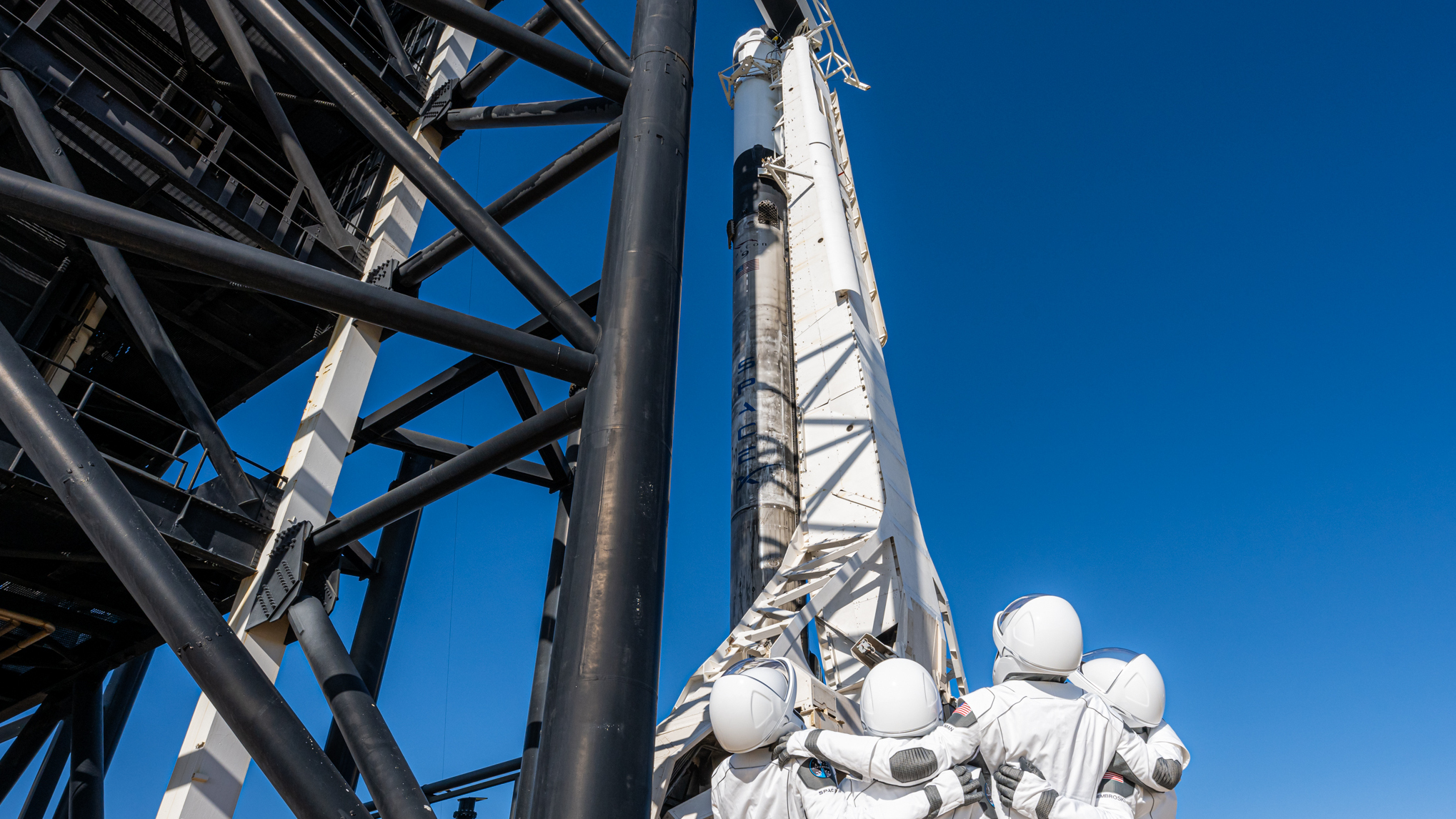 Go beyond the astronaut experience and the philanthropy, and what does SpaceX’s ability to hurl four private citizens into space really add up to?

Our last big space tourism moment, featuring Jeff Bezos and Blue Origin’s New Shepard rocket, prompted a backlash. It was difficult to connect that rollercoaster ride to the edge of space with Bezos’ broader (and admittedly controversial) vision.  Inspiration4 might be a better candidate to demonstrate how space tourism connects to a space economy that’s more than luxury adventure.

And not because it’s particularly inspiring. While the trip is cool as hell, it’s not clear that “become super-wealthy” or “win a publicity contest” requires inspiration. Winning a golden ticket to Willy Wonka’s chocolate factory is fun, but it’s not what makes you a role model.

What makes this crew remarkable has everything to do with their lives before their trip to space. Jared Isaacman, a guy who founded a billion-dollar company as a 16 year-old? Haley Arcenaux, a childhood cancer survivor who returned to the hospital as a physician’s assistant to care for ill youngsters? Sian Proctor, a Black woman with a doctorate and a career as a science communicator? Even the most “normal person” on the trip, Lockheed Martin engineer Chris Sembrowski, served his country in the Air Force, and received his seat from a friend who won a contest; you have to assume he’s a good buddy.

What an automated, reusable space transportation system can do

What actually makes this voyage remarkable is that it’s the first all-private mission to orbit. Other recent tourism efforts visited space for a matter of minutes; these passengers will actually stay in space, orbiting the planet, for several days. And, while previous orbital tourists hitched rides on government rockets to government space stations, this time around, it’s SpaceX all the way down—and the crew planned their own itinerary. It’s a confirmation of the vision that NASA had for its new human spaceflight system: A reusable vehicle that could take astronauts to the International Space Station, but that NASA wouldn’t have to pay for entirely because other users would emerge as well.

That was an open question before, but with last night’s launch, that vision became a reality. If all goes well on the three-day expedition, the potential of an automated transportation system to low-earth orbit will have a chance to be realized. That’s a big boost for companies focused on low-earth orbit, like Made-in-Space, Nanoracks and Axiom Space, which has already reserved a Dragon for a private crew, but also hopes to build a private space station of its own, a vision that NASA itself shares.

That kind of infrastructure might be built for tourists, but it will also be an opportunity to prove out ideas about in-space manufacturing, media production, pharmaceutical research, or solar power generation, one of which might prove to be the killer app for human spaceflight in low-earth orbit.

A vision of falling prices and increasing activity

That’s, of course, if the cost comes down, through economies of scale, smart business plans, and further innovation. Space exploration has always depended on wealthy enthusiasts, but the space economy needs a broader base if it wants to move the needle back on earth.

“The Inspiration4 launch is one outcome of our nation’s partnership with private industry,” NASA deputy administrator, and former astronaut, Pam Melroy tweeted before the launch. “Creating a sustainable economy in low-Earth orbit including commercial transportation to space for people & crew and commercial space stations is critical to our future on Earth & in space.”

The favored analogy among enthusiasts for the evolution of space activity is to the early days of aviation, when barnstormers and record-breakers drew attention to a nascent transport technology well before it made good. If so, we might remember Isaacman and company along the lines of Charles Furnas, the first guest on the Wright brothers’ flier, or Abram Pheil, arguably the first commercial airline passenger—consumer pioneers for a frontier industry.