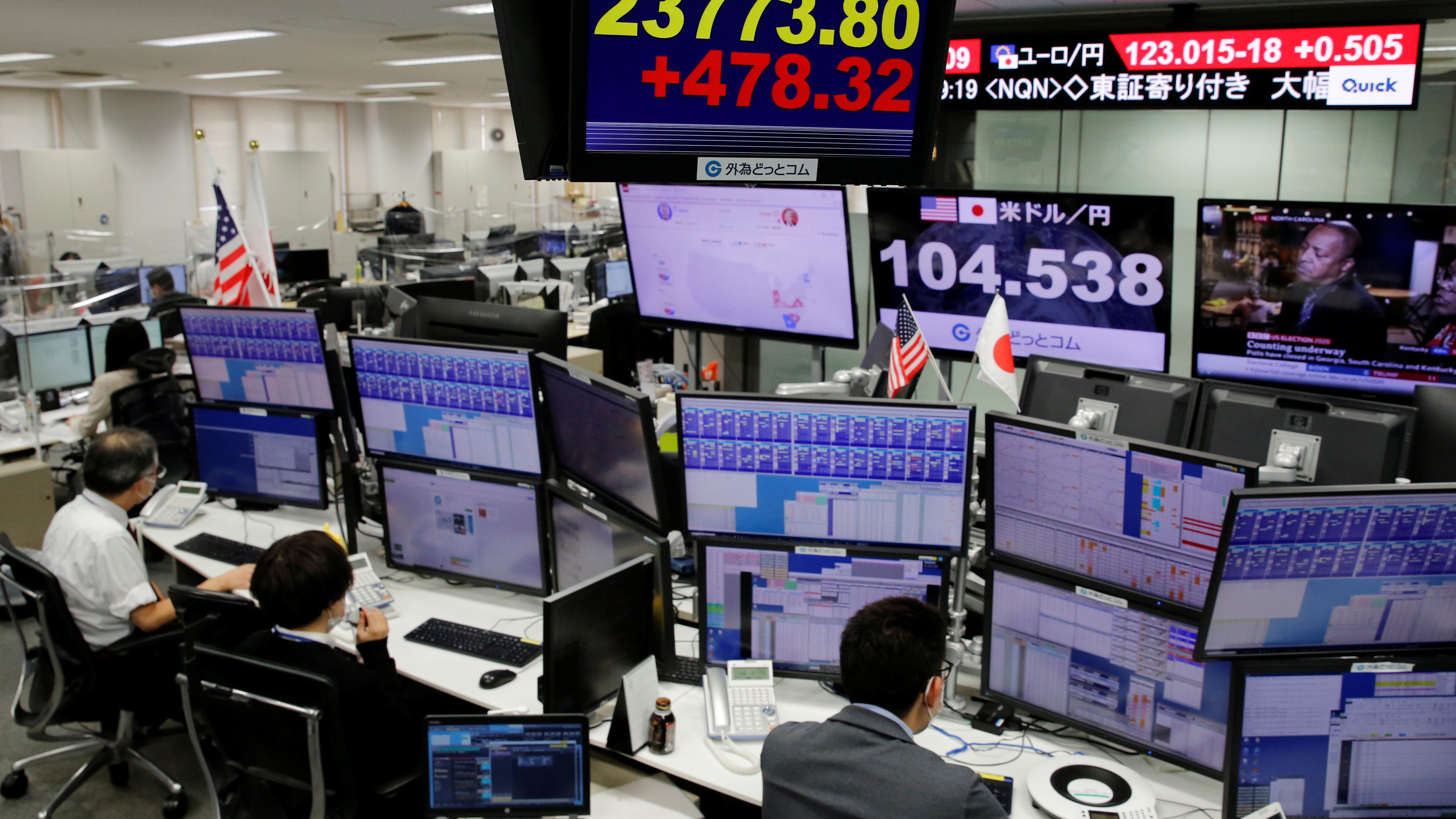 Traders were in a buoyant mood earlier this week, seemingly positioning for a clear US election outcome and even a strong showing from Democrats that could pave the wave for robust economic stimulus. On the morning after polls closed, that’s not what has happened so far.

“It’s far too close to call, but right now it is clear that the Democrat landslide suggested by polling is just not materializing,” Stéphane Monier, CIO at Lombard Odier, wrote in an email. ”For now, it very much looks that whoever wins the White House, we face a divided Congress. This has far-reaching implications for markets, mostly because it means that any kind of pandemic recovery package is still tough to approve.”

The contest between US president Donald Trump and Democratic challenger Joe Biden looks to be a nail-biter that might not be decided for days and could very well end up contested in court. Futures linked to US stocks gyrated, beginning the European morning in negative territory and switching to a gain as Arizona was called for Biden—the only state so far to have flipped. Oil markets had a similar reaction, with crude oil retracing losses.

It’s not the first time traders have been wrong-footed by the the US presidential election: markets were also positioned for a clear outcome in 2016 when Trump surprised investors by taking key US states to beat Hillary Clinton. Trump even suggested early this morning that he thinks the election should go to the Supreme Court. Whatever happens, polls signaling a so-called Blue Wave seem to have been wide of the mark.

The prospect of congressional support for another package of aid for the US economy is unclear. It appears Democrats will keep control of the House, and it’s too soon to tell which party will control the Senate, raising the prospects for gridlock in Washington and making it more difficult for ambitious policies to get sufficient backing. That’s important for the economy and millions of people in the US, as support from the $2 trillion Cares Act fades.