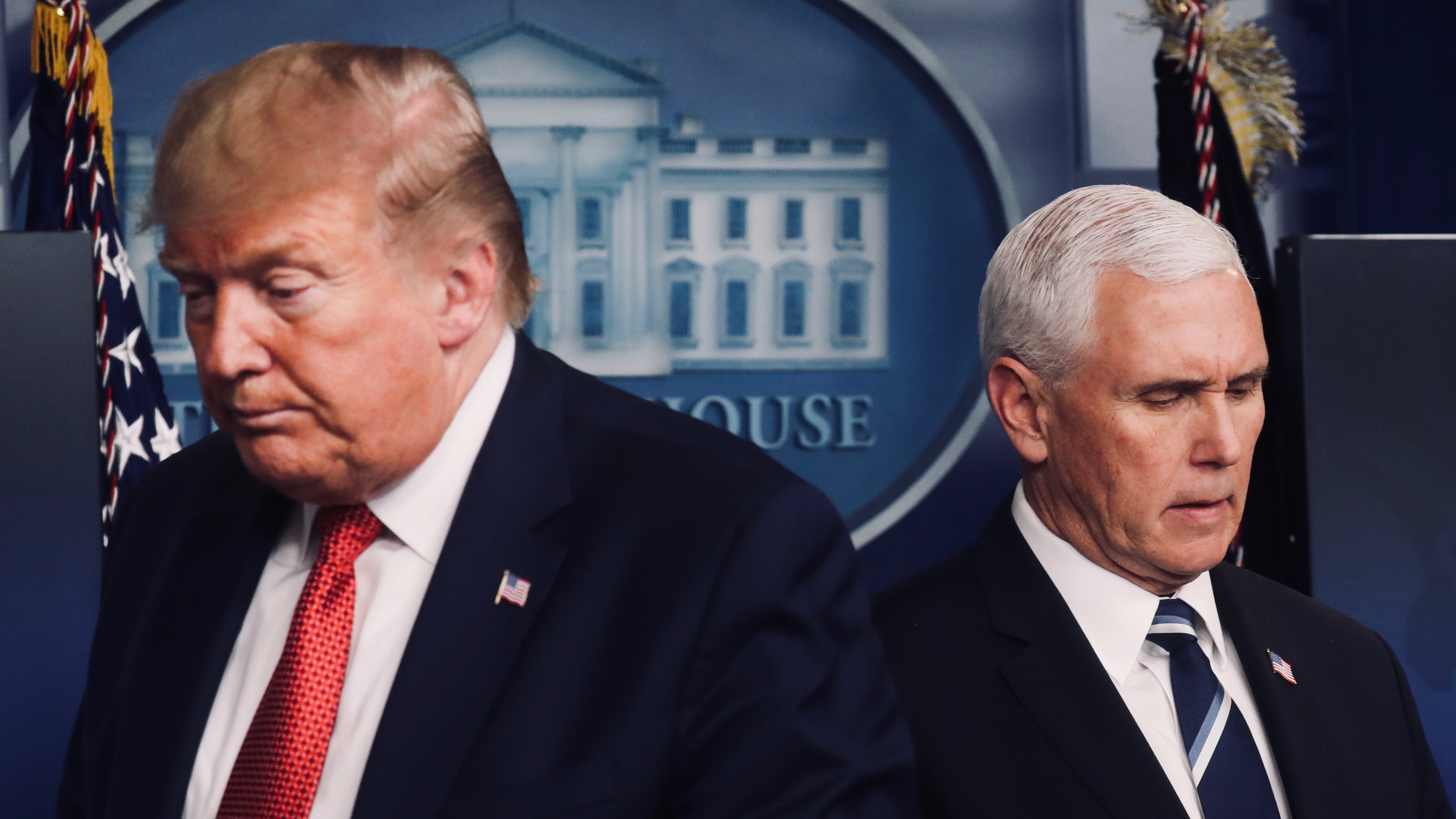 In early May, after weeks of delay prompted by the pandemic, the US Supreme Court will hear oral arguments in three highly-anticipated cases about president Donald Trump’s financial records. One of those matters involve a subpoena for Trump’s taxes.

The case is important. Trump, unlike any president in recent history, has refused to disclose his finances, obscuring potential conflict of interests between his government and his personal business. But the issue has now taken on a whole new urgency because the $2.2 trillion CARES Act passed by Congress last month contains deep within its 800 pages two barely-noticeable tax clauses that only benefit rich Americans, perhaps including the president.

The new tax clauses will cost Americans about $195 billion over 10 years. They suspend previously-placed limits on tax offsets and apply retroactively, meaning millionaires will make a killing based on past circumstances while millions of Americans lose their jobs and struggle to survive the economic effects of the coronavirus crisis. This, despite the fact that, officially, the businesses of Trump and others in government cannot benefit from the stimulus package.

In other words, politicians apparently found a workaround for the protections meant to shield the people from government corruption.

“The [tax] policy is complex,” senator Sheldon Whitehouse of Rhode Island told Quartz. “But the principle is straightforward: In the midst of a national health emergency, we ought to help those who need it—like healthcare workers and small businesses—not give huge tax breaks to hedge fund managers and real estate investors. This is a special-interest looting of the American taxpayer, plain and simple.”

Precisely how much Trump stands to gain from the “bonanza” tax breaks is unclear because he has refused to disclose his finances. The president has so far intervened in cases ordering his accountants and business associates to reveal their dealings with him, arguing that the chief executive’s records are special.

Supreme Court precedent indicates otherwise, however, and the new tax provisions in the CARES Act raise additional suspicions about his secret records that can’t be put to rest without full disclosure.

“If we had Trump’s tax returns, as we do for every other president in the modern era, the American people could see what kind of conflicts of interest and financial mischief swirl around their president,” Whitehouse said. “In this case, we could see whether Trump himself would benefit from giveaways like these provisions.”

On swindles and windfalls

The suspect clauses are hundreds of pages deep in the hastily-passed emergency CARES Act. They benefit a relatively small group of wealthy taxpayers and have nothing to do with battling Covid-19 or providing relief to the Americans worst-hit by the crisis, but Whitehouse said Republican politicians made them a priority during negotiations.

Members of Congress knew the tax clauses were in there. But the specifics, the extent to which these breaks could line the pockets of the rich and benefit wealthy real estate investors like the president and his son-in-law Jared Kushner, were not immediately apparent.

“What was a surprise was just how much money those provisions will loot from taxpayers to send to real estate investors and other million-dollar-plus earners—tax filers like the Trumps and Kushners,” Whitehouse said.

The astronomical cost only became evident a day after CARES was signed into law, when the nonpartisan congressional Joint Committee on Taxation (JCT) published an analysis of the provisions. The committee’s latest findings show that four of five millionaires will pocket an average of $1.6 million more this year alone thanks to the stimulus bill. This of course dwarfs the $1,200 one-time checks average Americans will receive.

In total the tax clauses will cost taxpayers more than the funding allotted in the CARES Act to all hospitals throughout the US, and more than the relief provided to all state and local governments, according to the JCT analysis. Together, they are the costliest elements of the relief package. For that reason, Whitehouse and Texas representative Lloyd Doggett, as committee members, want to know what role, if any, the Trump administration played in advocating for these policies.

On April 9, they sent a letter demanding to review all communications pertaining to any internal advocacy for the suspect clauses. The missive was addressed to vice president Mike Pence, secretary of the treasury Steven Mnuchin, and acting director of the Office of Management and Budget Russell Vought. The lawmakers want the records “so that Congress and the American public can better understand the provenance of these tax law changes, and assess whether any individuals within the Administration who stand to gain from these provisions were involved in their development.”

SCOTUS to the rescue?

One bitter irony of this especially cruel spring of 2020 is that the CARES Act was signed into law on March 27, just days before the Supreme Court was originally meant to hear the Trump finance matters.

The hearings were delayed due to concerns about crowds in the courtroom. They would not have addressed the suspicious provisions in the CARES Act. But perhaps the JCT’s discovery of the tax clauses’ astronomical cost, published just ahead of debates over the president’s unprecedented secrecy, would have alerted Americans to the need for full financial disclosure from Trump and his subpoenaed business associates.

Instead, whispers of the secret tax windfalls were drowned out by the roar of justified pandemic panic. At that point, the people were more worried about ventilator and mask shortages than secret surpluses for the super rich and there was no dearth of pressing news to preoccupy journalists and readers. Indeed, it seemed—at least to some—that the typical ideological rifts had been overcome for the common good. “At times, our nation can appear sharply divided; divided by generations, by left and right, by our differences, and even by the donkey and the elephant,” Forbes wrote hopefully of the stimulus bill. “Sometimes, circumstances arise that compel us to either rise as one or be shattered.”

Alas, that quickly proved to be an illusion. The reality is far more stark. As The Washington Post put it on April 14, “[E]very voter should know that, at a time when hospitals, cities and states cried out for help with the pandemic, the president’s allies in Congress tossed a [$195 billion] lifeline in the direction of Trump, Kushner and other rich people who needed it the least.”

Now, with the federal and state governments planning an easing of lockdowns—or as the Trump administration puts it “Opening Up America Again”—it’s perhaps also the right moment to pay attention to the president’s unprecedented secrecy about his finances.

If the Supreme Court decides after its historic telephonic oral arguments on May 4 that Trump doesn’t have the right to hide his taxes and financial records, contrary to his claims, the third parties subpoenaed over their dealings with Trump will turn the records over, they say. Whitehouse said the documentation could potentially clarify the extent to which Trump will personally benefit from the costly tax clauses in the CARES Act.

“We already know about massive conflicts of interest for the president, whether it’s foreign dignitaries staying at his hotels or shunting military planes to Scotland to steer business to his resorts,” the senator said. “Seeing the president’s full financial records would show us much more, like whether these provisions will pad the Trump family’s bottom line.”