Teatime is launching Trivia Royale, a mobile game where 1,000 players compete against each other in a last-person standing trivia face-off.

The game is the first title from the creators of the trivia game QuizUp since they started a new company in 2017. Headed by Thor Fridriksson, the team set out to combine the fun of real-time games like QuizUp with the concept of battle royale, where typically a hundred competitors compete with each other to be the sole survivor.

“We mixed QuizUp and real-time quizzes and threw in the royale concept,” Fridriksson said in an interview with GamesBeat. “You are matched up against 1,000 other players and your objective is to be the last one standing.”

If you win, you are classified as a Royale, or an elite class of player who can chat with other Royales. I won the game on my very first try in a test version of the game. Fridriksson said that game likely had a combination of bots and human players (mostly Canadians), but the use of bots will likely disappear once human audiences start playing the game today. Fridriksson assures me it’s hard to become a winner on your first try, even with the use of bots.

You start the game by creating your own animated avatar. You can customize the look of your character in many different ways, from the shape of your eyebrows to the flatness of your nose. When I won my first game, I was further able to start decorating my character. For instance, I had enough money to buy eyeglasses for my avatar.

Your avatar also mimics the movements on your face, so you can convey your emotions as you play in a one-on-one match. Each encounter is a duel between two people. If you win, you advance to the next round, and 500 players advance and 500 losers drop out. It goes on like that until you play the final one-on-one encounter.

The topics ranged all over the place including astronomy and literature. Each match has five questions in the round. If you answer more quickly than your rival, you get more points in that round. In the final round, the number of points up for grabs is double. Whoever wins the most points wins the round and advances to the next match immediately.

After I won, I got access to the exclusive Royale Lounge, where I could chat and review leaderboards. Fridriksson said hundreds of thousands of questions are available so you can play as many times as you like during a day. 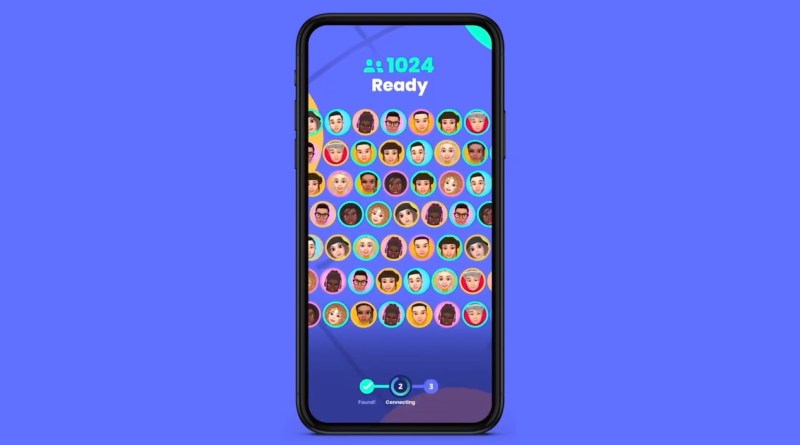 Above: Trivia Royale pits 1,000 people against each other.

After QuizUp, the core team that made the game moved on to a new studio in Iceland. They raised money from Index Ventures and Atomico and built up to a team of 20 people. They worked on many different variations of the game, which they wanted to be social.

“In QuizUp, we had social dynamics where you played real people,” Fridriksson said. “We heard stories of people who met on QuizUp and fell in love and got married and that was insane. I went to a number of those weddings.”

In the new game, they wanted to be able to challenge friends.

He said, “There is something magical about meeting people from around the world and beating 1,000 people so that you can become a Royale.”

The team thought about offering monetary rewards, like in HQ Trivia, but decided against it. Fridriksson said he liked how being a winner itself is more like an intrinsic award.