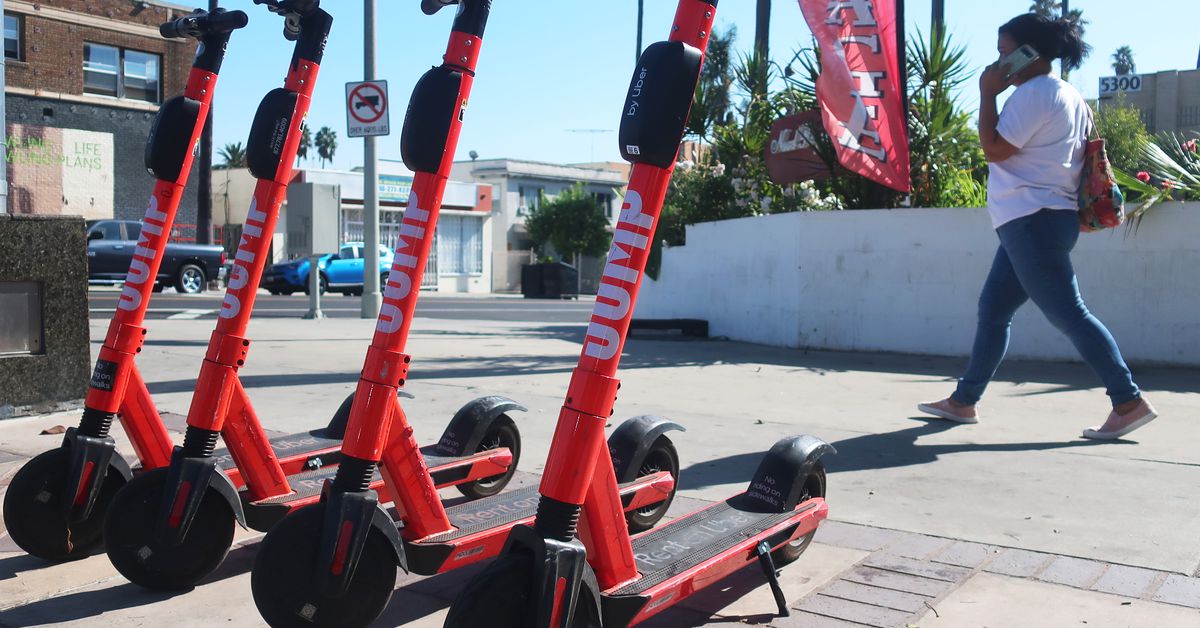 The lawsuit centers on the Los Angeles Department of Transportation’s use of a digital tool called the Mobility Data Specification program (MDS), which the agency created as a way to track and regulate electric scooters operating on its streets.

MDS provides the city with data on where each bike and scooter trip starts, the route each vehicle takes, and where each trip ends. LADOT has said the data won’t be shared with police without a warrant, won’t contain personal identifiers, and won’t be subject to public records requests. But the ACLU says the data tool is unconstitutional.

“Renting an electric scooter should not give the government the right to trace your every move — where you start, where you end, and all stops, twists, and turns in between,” the ACLU said in a statement. The group’s California chapter is joined on the suit by the Electronic Frontier Foundation and the law firm Greenberg Glusker Fields Claman & Machtinger LLP.

Naturally, MDS has proven controversial with scooter companies, which have balked over having to share location data with the city. It’s growing into a bigger problem beyond LA. Cities such as Columbus, Ohio; Chattanooga, Tennessee; Omaha, Nebraska; San Jose, California; Seattle, Washington; Austin, Texas; and Louisville, Kentucky are demanding scooter companies agree to share data through MDS as a condition for operating on their streets.

Uber, which until recently owned the dockless scooter and bike company Jump, has said MDS would lead to “an unprecedented level of surveillance.” The company, which filed its own lawsuit earlier this year, was leaning on an analysis by California’s Legislative Counsel to make its argument. The counsel said MDS could violate the California Electronic Communications Privacy Act, which was signed into law in 2015.

The ACLU is going a step further, alleging that MDS violates the Fourth Amendment of the US Constitution preventing unlawful search and seizure.

“The government’s appropriate impulse to regulate city streets and ensure affordable, accessible transportation for all should not mean that individual vehicle riders’ every move is tracked and stored without their knowledge,” said Mohammad Tajsar, senior staff attorney at ACLU SoCal. “There are better ways to keep ride-share companies in check than to violate the constitutional rights of ordinary Angelenos who ride their vehicles.”

In an interview with The Verge last year, LADOT Director Seleta Reynolds said that the city “encoded” privacy protections into the regulations in order to give them “the force of law.” She added that it’s a “Day One job and a forever job” of city officials to make sure that the “open source tools that we build do not become tools that people can use to invade the privacy of others.”

But the ACLU says the city’s argument that MDS is free of personal identifying information rings false.

For example, when a trip begins at a home and ends at a sensitive location — such as a therapist’s office, marijuana dispensary, a Planned Parenthood clinic, or a political protest — all the government would need to know is who lives at the house in order to identify the rider and why the rider was making the trip.

After its collected, this kind of detailed information can ultimately be lost, shared, stolen, or subpoenaed. If in the wrong hands, it can also result in arrest, domestic abuse, and stalking, as a recent investigation of automatic license plate reader information in California revealed. In other cases, location information in the hands of authorities can stoke racial and gender-based violence.

“We cannot comment on pending litigation, which we also have not seen,” Colin Sweeney, spokesperson for LADOT, said in an email. “The department requires reasonable information about shared vehicles operated by for-profit transportation technology companies and remains committed to ensuring the safety and accessibility of our streets.”

Samsung Galaxy Note 20 Pre-Order: How (and where) to buy the smartphone today