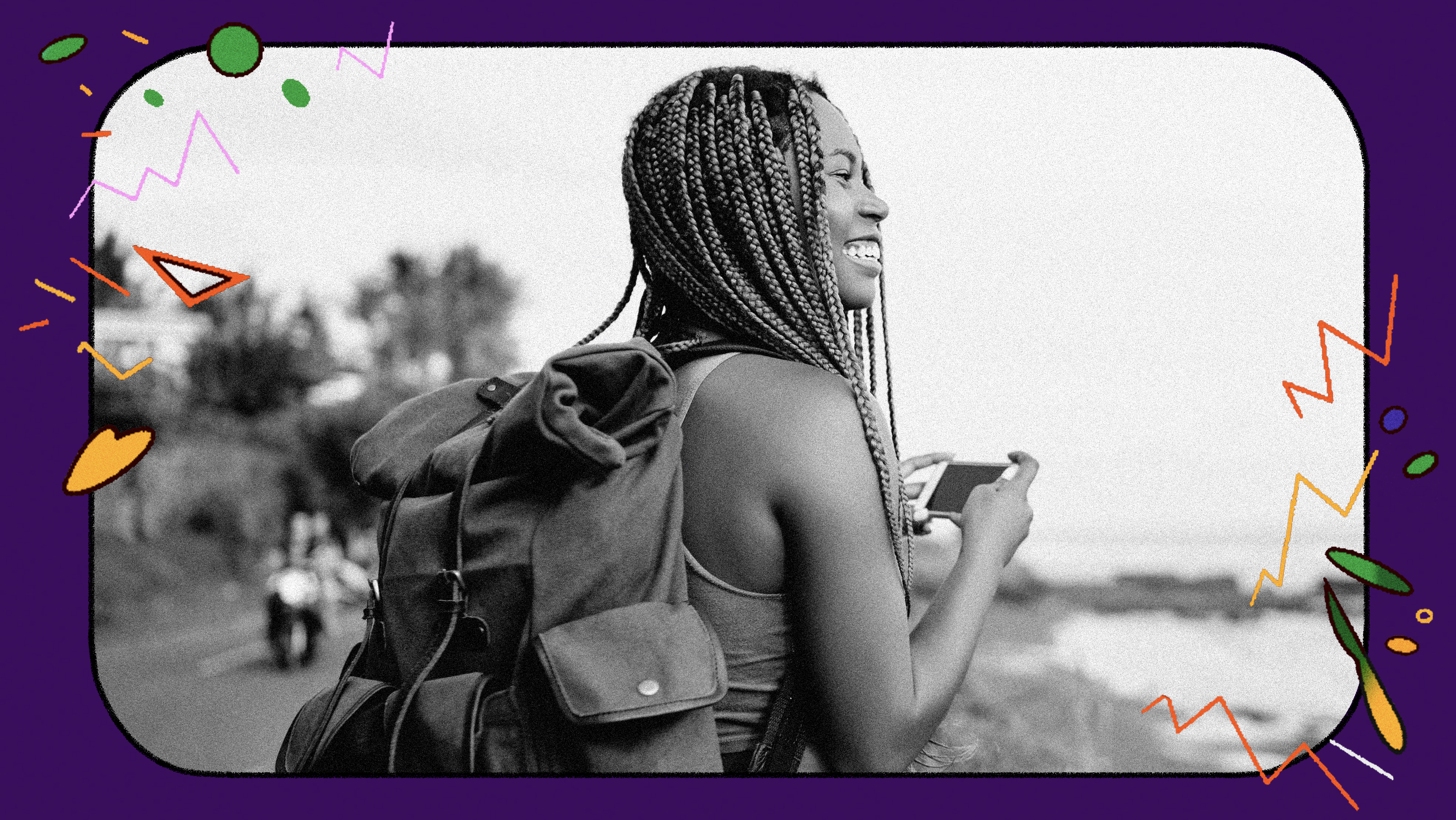 Before the pandemic, few people would have suggested that generous vacation policies would be of paramount importance for remote employees. How could paid time off be all that valuable to people who were already working from their living room in athleisure, free to pop out for a midday grocery run, able to be on call when a child was home sick from school, and never having to worry about their commute getting sidetracked by snowstorms or signal problems?

But now we know. In an immersive crash course that no one asked for, we learned that remote work is not conducive to unplugging.

While it might be true that working at home through a pandemic is not the same as working remotely by design, the fact is people have been putting in longer hours in their home offices. Last year one survey showed that most people had not replaced commuting time with aspirational pastimes like exercise or a language class, but with more work.

There are other aspects of remote work that can make people prone to burnout. In a home office, chances are no one is stopping by for a quick chat or an impromptu coffee. Working at home also means your job and your private life overlap in ways that can be psychologically taxing. While trying to focus on a presentation, you might suddenly notice the paint job you’ve left undone; while chatting with your spouse, you might catch sight of your laptop and mentally leave the conversation.

All of which may explain why 47% of the companies on Quart’z  2021 Best Companies for Remote Work ranking said they offer unlimited paid time off. That’s a benefit offered at only 6% of US companies overall, according to a 2019 survey by the Society for Human Resource Management, which noted the numbers on this hadn’t budged in the previous five years.

The companies on our ranking say almost uniformly that they consider generous leave options, unlimited or otherwise, to be a vital employee benefit.

Sharon Heimowitz is director of people at Cobalt, a remote-first cybersecurity company with headquarters in the US and Germany that landed in sixth place among medium-sized employers in our ranking. She recently decided at the last minute to help her daughter move into a new apartment. Having unlimited PTO meant she made that call without pulling out her calendar to count the days she has left of her allotted holiday time, she says.

“As individuals, we’re all carrying full loads, carrying jobs and family and other obligations,” says Heimowitz. Unlimited PTO “takes that pressure off of team members worrying: ‘Do I have enough days for everything I need to do this year?’”

Unlimited vacation means employees don’t have to wait a few years to accrue the right to a proper break, while managers are freed of the task of tracking workers’ holiday allotments. But the “unlimited” part of the policy is generally not taken literally. In practice, people with unlimited PTO tend to follow company norms around vacation. And some firms require that breaks longer than 10 days be discussed with a manager.

Either way, making vacation days unlimited sends a message. “We don’t have any parameters, and I think that we operate with [the mindset that] we’re all adults,” says Heimowitz. At Cobalt, employees don’t even have to run their vacations requests by their bosses. They enter their dates into a software system and managers will get in touch if there’s an issue or conflict. It’s a smart way to eliminate one barrier—the formal request—to making the most of a generous vacation policy.

That said, unlimited policies don’t entirely run on their own. People with unlimited PTO often don’t take enough time off, or take less than they would with hard and fast rules about vacation time. In response, a handful of companies have instituted minimums for time away, whether per year or per quarter.

That’s true at Remote, a global all-remote onboarding company with 300 employees in 40 countries. (It ranked second among medium-sized employers on our list of the best remote companies to work for.)

Nadia Vatalidis, director of people at Remote, says her experience tracking unlimited PTO usage in her current and previous jobs revealed that nudging people is essential. “We built a really cool little bot in Slack that reminds folks when to add their time off,” she says. The bot asks employees whether they’ve taken sufficient time off for the year and advises them to look ahead to the next three to six months and book something. “It reminds folks to keep thinking about, ‘Even though I’m stuck in the pandemic, I still need to take breaks from work,” says Vatalidis.

But even a bot’s reliable messages may not be enough of a nudge. In the pandemic especially, managers need to check in on their direct reports, particularly in countries where “staycations” are rare, Vatalidis argues. In South Africa, where she lives, “if you are not going to the coast for a beach holiday, or a bush holiday, it’s unusual to take time off and just do nothing.” And in many Asia Pacific cultures, she says, people find working easier than taking a staycation. “So it’s up to the company to create awareness around that and how it impacts mental health,” she says. To truly give people permission to step away, she says, “you can’t just say it’s unlimited time-off with no clear guidelines as to how that works.”

Other ways to prioritize paid time off and extended breaks

Unlimited time off isn’t the only way to allow for more breaks and recharging opportunities.

Nearly one in five companies have already made or will make changes to their PTO and other vacation policies due to the pandemic, according to Elissa Jessup at the Society for Human Resources Management. Most of what she is hearing from companies involves increasing the number of paid days off that a person can accrue, adding floating paid days off as “freebies,” offering paid volunteer days, and allowing staff to carry over unused days, of which there were many during the past year. Some are offering paid volunteer days, and a handful are giving out vacation stipends.

Arca Blanca, a consulting and data analytics company in London, and second-place winner in our small employer category, takes the cake for prescribed days off. It offers 25 days as the standard, but also gives employees the option of buying five more days, for a total of 30 possible vacation days. Staffers also can book “recharge weekends,” by bookending any weekend with an additional day off in periods between consulting projects.

For a really extended break, the firm offers a paid time off period called Hora Somniorum, latin for “time of dreams.” It works by giving employees an extra banked week off for every year of employment. After four years, they can schedule the Hora Somniorum and tack it onto their regular holidays, creating an eight-week paid holiday.

“The reason for calling it ‘dream of life’ is that it’s there to help people fulfill a dream they might have, whether that’s traveling, undertaking a period of study, or any kind of lifelong ambition,” says Amy Moss, Arca Blanca’s people leader. “[W]e recognize that consulting can be very intense, and you can kind of find yourself bouncing from one project to another.”

Whether they have unlimited vacation policies or are merely generous with their vacation allotments, employers can’t afford to make the mistake of believing remote worker don’t require a great deal of downtime, says Darren Murph, head of remote at Gitlab, which took the eighth spot among large employers on our ranking.

With work-from-anywhere policies, Murph says, “there is always this temptation that ‘If I can work from anywhere, I can potentially never take time off and shoehorn work into and around the days that I’m going to the beach.’” However, he emphasizes, that’s not a break—it’s just workplace flexibility.

“That’s still very different than saying, ‘I am deliberately choosing to disconnect with work for this period of time to recharge,’” he notes.

The recharging process, incidentally, is potentially as beneficial for employers as it is for employees. Murph points to the work of Graham Wallas, a British social psychologist and co-founder of the London School of Economics, who mapped out a four-step process of creativity in 1926. His still-cited theory proposed that creativity involves four phases: preparation (assessing what needs to be done or solved); incubation (taking a break from the work and allowing the unconscious mind to chew over the issue); illumination (the impossible-to-force “Eureka!” moment) and verification (applying the idea).

Two of these, the incubation and illumination stages, “literally are only activated in moments of rest,” Murph says. “So the message there is really clear. If you want your people to be creative and innovative, you have to give them space for 50% of the creative process to activate.”

That might be hard for employers to swallow in the short term. But ultimately, “rest is not in competition with work,” Murph says. It’s a necessary component of it.