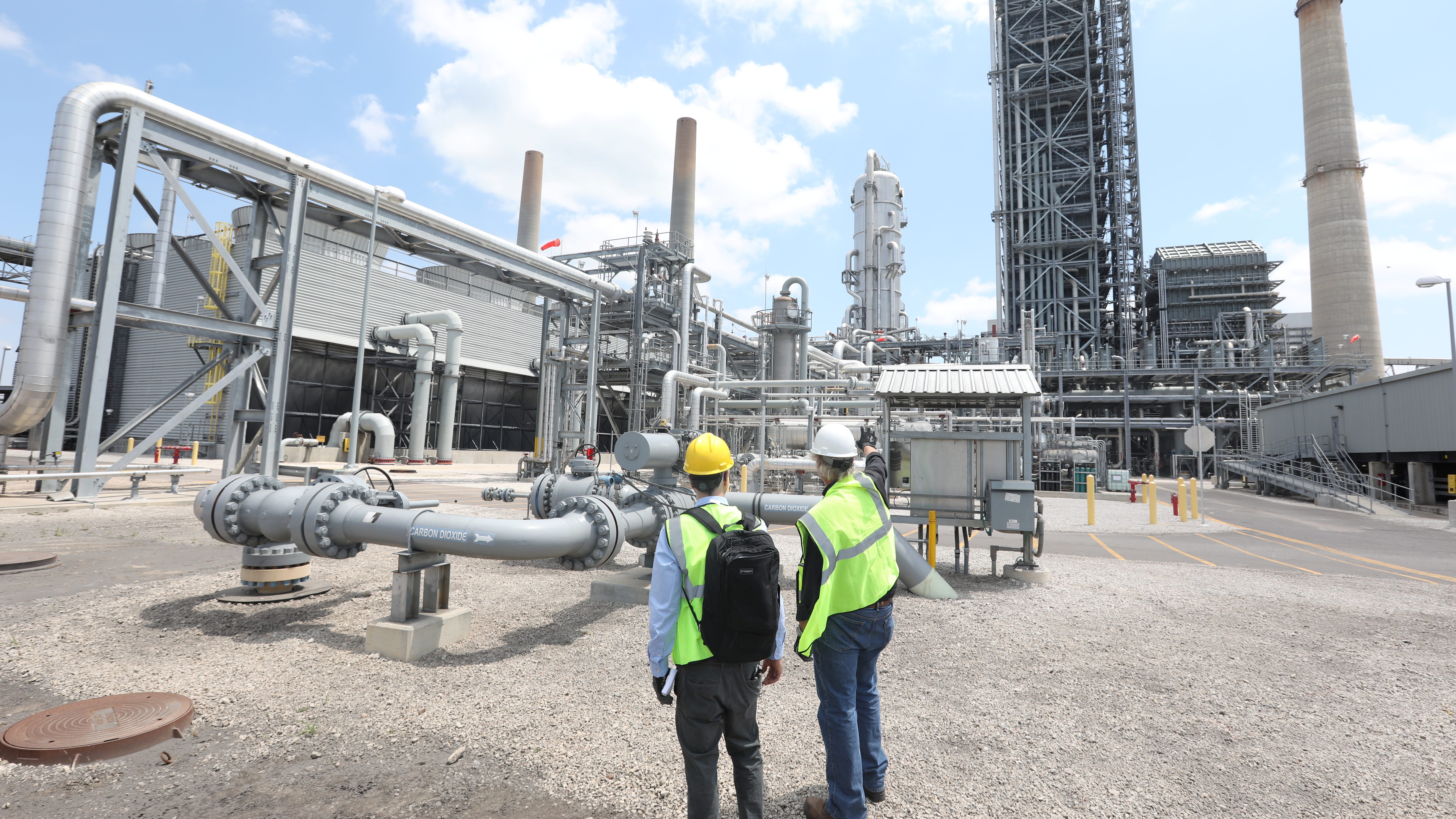 In the months since the pandemic cratered the price of oil, the financial fallout has spread from drilling companies to refineries and oilfield maintenance companies. Now the crash has claimed another, more unlikely victim: The only system built to capture carbon emissions from a coal plant in the US, one of only two worldwide.

The $1 billion system, known as Petra Nova, was built in 2017 to catch CO2 from one unit of a coal plant near Houston. That plant is one of the dirtiest in Texas, both in terms of climate and air quality impacts, according to a Rice University study. Petra Nova was meant to cut the unit’s carbon footprint by about a third—roughly the equivalent of taking 300,000 cars off the road each year.

But on July 28, E&E News broke the story that the facility has been shuttered since May. And while the plant’s owners have said they plan to get it running again once the economy improves, Petra Nova’s shutdown exposes the weird market dynamics that could threaten the sustainability of carbon capture facilities in progress around the world.

The case for carbon capture

Capturing the carbon emissions from power plants and other industrial facilities is widely considered a key part of any successful climate strategy. The trouble is, there’s not a whole lot you can do with the CO2 after you capture it. That makes the economic case for installing a big, expensive piece of equipment a bit shaky.

Some companies are helping create a market for CO2 by using it to make mattresses, cement, and other manufactured products. But the use with the greatest market potential today is, ironically for a climate project, oil drilling. That’s what Petra Nova went after.

So-called “enhanced oil recovery” (EOR) projects inject CO2 into oil wells to shake loose the dregs stuck in subterranean rocky pores. The technology is decades old, but has traditionally relied on CO2 pulled from natural sources underground. If the CO2 comes from a power plant’s emissions, though, it can reduce the climate impact of drilling. A barrel of oil produced with EOR using captured CO2 is, on net, about 37% less carbon-intensive than a normal barrel, according to the International Energy Agency.

“EOR is a stepping stone,” said John Thompson, technology and markets director at the Clean Air Task Force, a research group. “If you have to choose between oil produced the conventional way or one that’s reduced, you’d like all your oil to come from that.”

Large-scale carbon capture and storage (CCS) systems, many of which rely on EOR, have been rolled out at nearly two dozen facilities worldwide, from chemical and fertilizer factories to natural gas processing plants. But they’ve remained elusive for power plants.

In large part, that’s because the CO2 in power plant emissions is relatively diffuse. And that means it’s more expensive to capture.

One groundbreaking coal plant CCS project in Mississippi turned into an infamous $8 billion boondoggle before it was scrapped in 2018. The world’s only other power plant CCS project, in Canada, has fared better: It claims to have captured 3 million tons of CO2 since 2014, and has managed to stay open despite the low oil price because the country’s strict limits on carbon pollution make the economics more favorable.

The $1 billion Petra Nova project was supposed to top them all. But according to a report the plant’s owners filed to the Department of Energy in March, the results have been mixed.

The technology itself appears to be working: It managed to capture 92.4% of the CO2 that passed through it since 2017. It experienced outages on 367 days, but a majority were either planned for routine maintenance or the result of something outside the system—for example, the entire coal plant being switched off for weeks following Hurricane Harvey.

It’s a Catch-22: A promising technology for reducing emissions requires both high oil prices and a lot of coal consumption.

But in part because of those outages, the system fell 17% short of its capture goal. Ultimately, it only captured about 7% of the plant’s total carbon emissions, according to the Energy and Policy Institute.

Then pandemic tossed the project’s whole business model on its head. In order to operate, the system requires oil prices of at least $75 per barrel. Otherwise, it’s not worth the oil company’s money to bother purchasing CO2 for EOR. Even before the pandemic, the oil price was around $60; after briefly dipping below zero in April, it’s now around $40. Few experts expect the price to return to pre-pandemic levels anytime soon, if ever.

“Petra Nova was a success in terms of technology,” said Daniel Cohan, a civil engineering professor at Rice who co-authored the power plant study. “But the premise behind it no longer makes sense environmentally or financially.”

Arij van Berkel, director of research for the consulting firm Lux Research, agrees: The chances of an economical EOR model of carbon capture get smaller every year, he said.

It’s not just coal plants feeling the pinch: A solar power farm in Oman that produced concentrated steam for oil drilling was liquidated in May because of the low oil price.

Some of the oil price issues could be smoothed out with a new carbon capture tax credit, known as 45Q, that Petra Nova was just filing paperwork to tap before the pandemic struck. That credit is even higher if a company chooses to inject the CO2 directly into underground reservoirs, rather than sell it for EOR.

But oil prices aren’t the only vulnerability for other coal CCS projects coming down the pike, including one in New Mexico and another in North Dakota. The pandemic also crushed demand for electricity—and coal plants, which are expensive to run, are often the first to get switched off. Decreased demand means fewer emissions, and therefore fewer tax credits to keep an operation afloat.

It’s a Catch-22: A promising technology for reducing emissions from coal requires both high oil prices (aka, more oil being produced) and a lot of coal consumption.

“Proponents of these projects are selling an unproven dream that in all likelihood will become a nightmare for unsuspecting investors,” Dennis Wamsted, an analyst at the Institute for Energy Economics and Financial Analysis, said in a recent report on Petra Nova. “Investors would do well to conduct their due diligence before investing in any coal-fired carbon capture project anywhere.”

Rice’s Cohan said that CCS should still be a priority for factories and other non-power sectors, especially if the CO2 can be buried rather than used to force up more fuel. But for old coal plants, he said, they may just not be worth the money.

“Wind and solar have gotten so cheap that it’s smarter to close these plants than keep them running,” he said. “My hope is that the carbon capture techniques demonstrated at Petra Nova can be applied to more sensible projects.”

Walmart, Costco, and Uber are competing more than ever for labor

East Africa wants to be the continent’s maggot protein hub

What will happen to Citibank customers’ accounts and credit cards as it exits India?