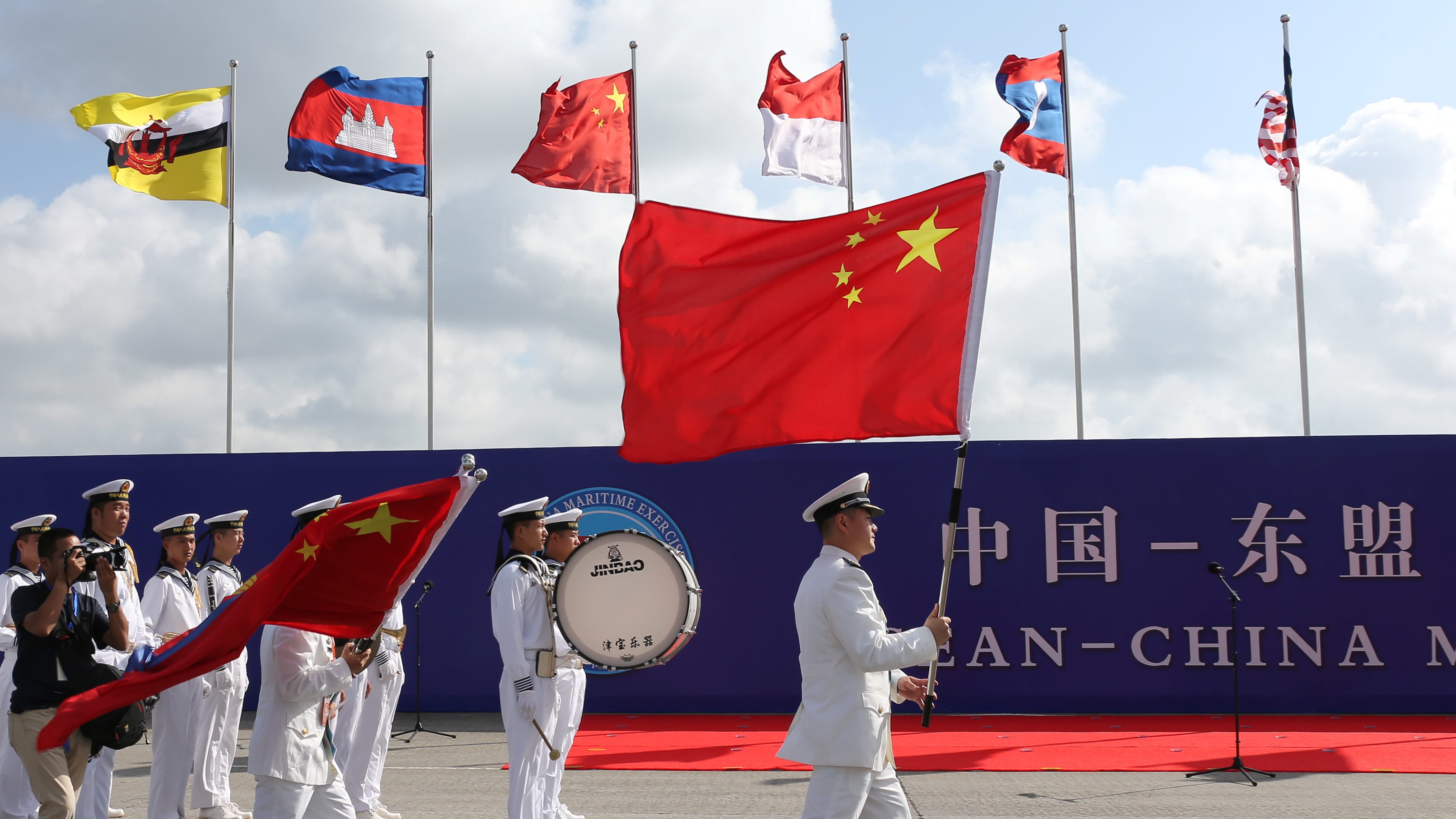 The world’s biggest trading bloc is taking concrete shape in Asia and it doesn’t include the US—pointing to a significant challenge ahead for president-elect Joe Biden.

Yesterday (Nov. 15), 15 countries signed a trade deal which covers 10 southeast Asian countries, including the region’s biggest economies, Indonesia and Thailand, as well as China, Japan, South Korea, Australia, and New Zealand. In other words, as president Donald Trump turned his back on trade negotiations in the region led by the US under former president Barack Obama, countries in Asia didn’t stand still.

The new trade deal, called the Regional Comprehensive Economic Partnership (RCEP) covers a population of roughly 2.2 billion and economies whose combined GDP exceeds $26 trillion. It has been under negotiation since 2012, with India dropping out along the way. While the deal still needs to be ratified by the respective member countries, it’s already a major achievement to have China, Japan, and South Korea, whose historic tensions have colored contemporary trade, within the same framework.

Trade expert Bryan Mercurio, a law professor at the Chinese University of Hong Kong, cautioned that the RCEP might not be a major “game-changer” for the region. Some of its original goals had to be dialed back in order to get all the countries on board, and the agreement brings together many trade relaxations that already exist. Nevertheless, if enacted, the agreement has the potential to simplify the movement of products within the bloc, reduce tariffs on at least 92% (pdf) of goods traded between participating countries, and grow the region’s economic clout.

Reaching agreement on these measures is especially important to the countries in a year characterized by lockdowns and stalled growth as a result of the spread of Covid-19.  A joint statement by participating countries described the agreement as critical to an “inclusive and sustainable post-pandemic economic recovery process” in the region.

Some view the successful signing of a framework backed by China as evidence that Asia has pulled together and forged ahead without waiting for US leadership, diminishing the latter’s influence on trade in the region.

“Beijing will likely claim victory upon the signing. It has been a promoter of RCEP since day one,” Wendy Cutler, vice president at theAsia Society Policy Institute wrote in a note. “As the US retreated from the regional stage and pursued a trade policy based on unilateralism, Chinese leaders used that vacuum to portray Beijing as the reliable partner of choice for economic growth, trade, and investment.”

Under Trump, the US took a more aggressive stance on trade not only with China, but also its Asian allies, as part of an “America First” vision which promised to undo offshoring to cheaper Asian economies and bring jobs back to the US. One of the administration’s first acts after Trump’s inauguration in 2017 was to withdraw from the Trans-Pacific Partnership (TPP),  a proposed free-trade framework in the Asia-Pacific region, seen as a major plank in Obama’s approach to counter China’s rising influence there. After the departure of the US, the remaining 11 countries, including Australia and Canada, finalized and signed a new version of the TPP in 2018.

Mercurio agreed that the US had ceded influence in Asia under Trump, with the withdrawal from the TPP three years ago being the “nail in the coffin.” However, he said, it would be an “overstatement” to link the behavior of the Trump administration directly to the passing of the RCEP, as the pact was always an Asian country-led effort. “The agreement was never dependent on the US, it is aimed at linking the ASEAN [Association of Southeast Asian Nations] to its trading partners.”

Biden has said he will try to restore the relationship between the US and allies, and reconsider the use of tariffs. Under Trump, the US imposed tariffs on nearly all of China’s goods, as well as those of European allies.

But he has not signaled clearly whether he would seek to have the US join the TPP.

“I don’t think the Biden administration should be particularly worried about the RCEP,” said Mercurio. “But [he] should respond to it by trying to rejoin TPP, to assert some leadership of the US in the trade arena.”