This is my last column before Thanksgiving and before the Black Friday frenzy, and so I thought it would be better to write a column thanking you all for reading and leave you with some DeanBits of small things that have been on my mind.

I hope you can see your loved ones online in this coming week, even if you aren’t able to gather together in person. One day soon, I hope we can all get back to some kind of normal. In the meantime, keep on enjoying games.

With every chance I get, I’m playing Call of Duty: Black Ops — Cold War multiplayer on the PlayStation 5. But I’m hoping to get more time to try a wider pallette of games, like the ones that are nominated for The Game Awards: Animal Crossing: New Horizons, Hades, Ghost of Tsushima, The Last of Us Part II, Final Fantasy VII Remake, and Doom: Eternal.

We should be thankful to get so many awesome games to play during the pandemic, and we’re honored to be judges again in Geoff Keighley’s contest. But I will be thankful if Jason Wilson, Mike Minotti, and Jeff Grubb are too busy to vote and I get to be the only one to cast a vote on the final nominations. 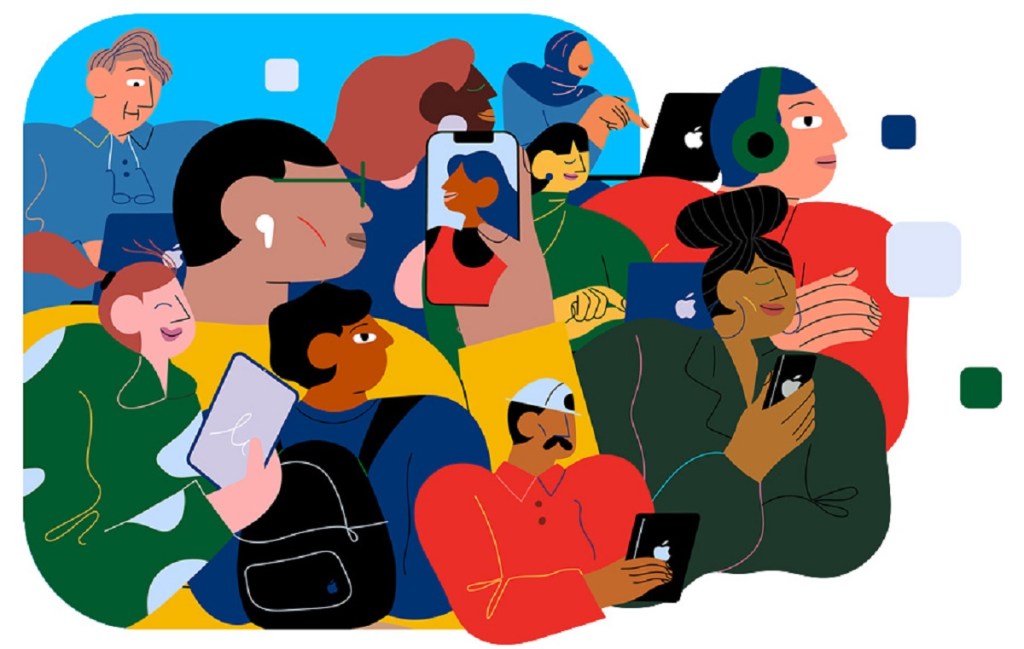 Above: Apple has cut its fees from 30% to 15% for small businesses.

One of the big pieces of news this week was Apple’s move to cut its commission from 30% to 15% for App Store developers who make less than $1 million a year. Measurement firm Sensor Tower estimates that 97% of developers, or 1,746,000 developers, will benefit from this. These developers generate less than 5% of total store revenues, estimated at $50 billion a year.

This group of 97% of the developers makes about $2.5 billion a year. If you calculate how much more money goes into their pockets, it is 15% of $2.5 billion, or $375 million a year. Multiply that by five years, and you can say that this move will put $1.875 billion in the hands of app developers in the next five years. That’s a windfall, but I wouldn’t just thank Apple for this conciliatory move. It wouldn’t have happened without the pressure from Epic Games, which has been hammering on Apple with its antitrust lawsuit to drop its fees.

So yes, you can thank the other Tim — not just Tim Cook of Apple, but Tim Sweeney of Epic Games — for this Thanksgiving gift. 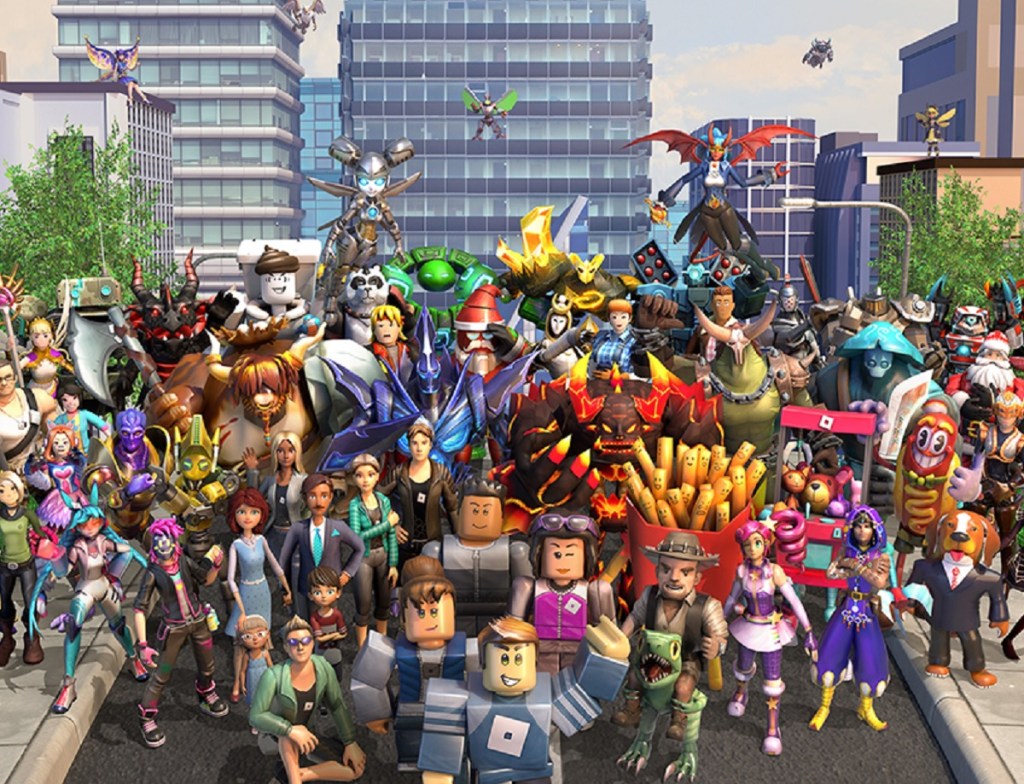 Roblox is reportedly going to raise money at an $8 billion valuation soon, and we saw the company’s financial results yesterday in its IPO filing. If you take 12% of that $8 billion, you get to the piece of the company owned by Dave Baszucki, the CEO who cofounded the company 15 years ago. That’s about $960 million. His cofounder, Erik Cassel, died from cancer in 2013. But a lot of people are thankful that Baszucki soldiered on, outfoxing Lego in building the platform for user-generated content that Lego should have built.

Roblox now has 31.1 million daily active users who engaged with Roblox for 22.2 billion hours in the past nine months. During that time, players generated $588.7 million in revenue for Roblox and $1.2 billion in bookings. Roblox has 830 employees, and I’m sure they’re all thankful for the big pay day that is coming. Baszucki is good friends with Ernest Cline, the author of Ready Player One, whose Ready Player Two book is coming out on November 24. Baszucki wants to build the Oasis, Cline’s version of the metaverse, the universe of virtual worlds that are all interconnected, like in novels such as Snow Crash.

Baszucki is going to speak at our GamesBeat: Into the Metaverse event on January 27. I know it may be early next year before the IPO happens. But wouldn’t it be sweet if Roblox went public on the very day that Ready Player Two came out? In any case, we’ll be thankful to have some more rich game industry people whose dreams are paying off big time.

Our webinar on starting game studios and tech choices 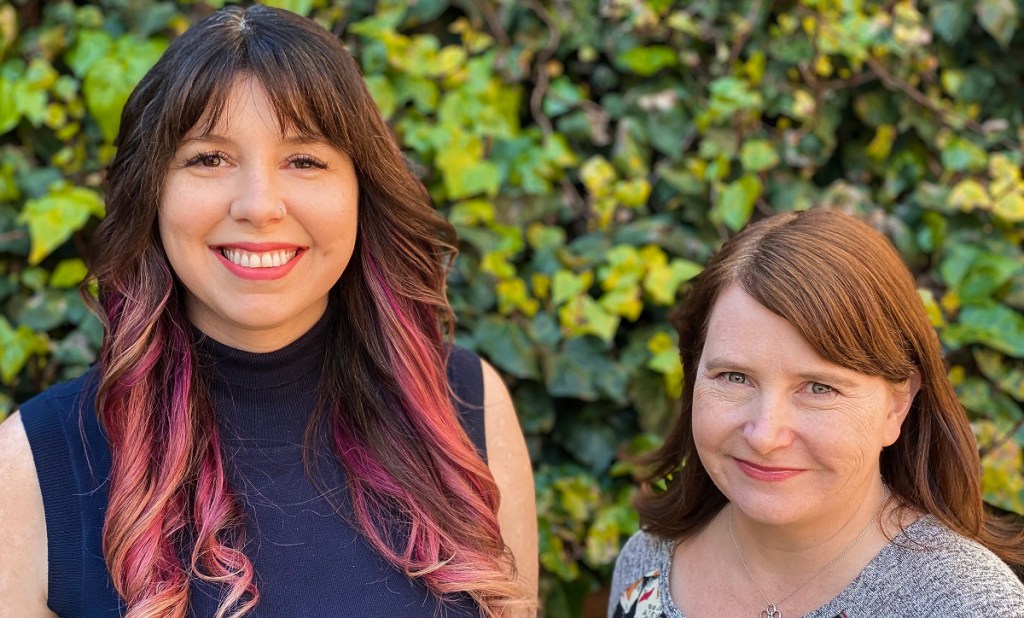 Above: Shelby Moledina (left) and Emily Greer are the founders of Double Loop Games.

Our events are the lifeblood for VentureBeat, and I’m so glad that we are able to do them frequently, even if they are online-only gatherings now. We’re also happy when we can help others in the industry. With more than 100 studios getting funding this year, plenty of newcomers need advice.

You can watch the session here. Our panel touched on the tough decisions that you have to make as a studio leader when you’re starting up. And Singer contributed his expertise on the technical decisions you have to make and how to bring up infrastructure to support your team. 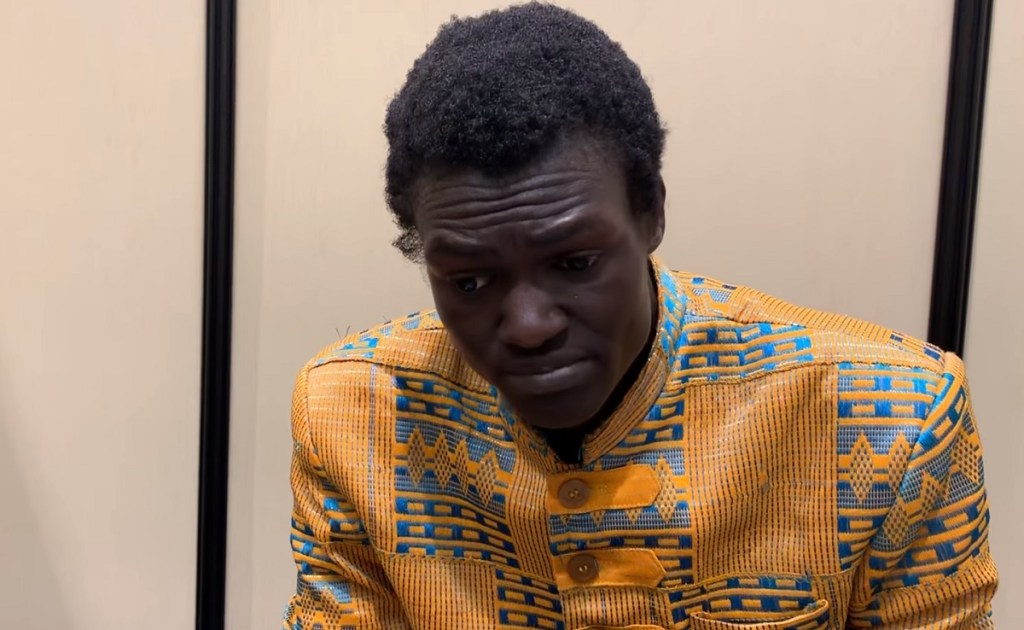 Above: Lual Mayen grew up as a refugee in Uganda. And now he is a game developer.

A day before our metaverse event, we’ll be holding a joint conference with Facebook on Driving Game Growth on January 26. We’ve got a lot of talks coming on cloud gaming with Facebook’s Jason Rubin, monetization myths with Kimberly Corbett of Warner Bros. and Chris Akhavan of Glu, and culturalizing games with Kate Edwards of Geogrify and Global Game Jam.

We’ll have many other talks and will get some inspiration from Leo Olebe of Facebook and Lual Mayen, a former refugee from Uganda/South Sudan who  has created his own game company Junub Games. The day will have experts, leaders, and a visionary or two. I’m thankful we can stage this event with a cross-section of great experts and inspiring speakers. 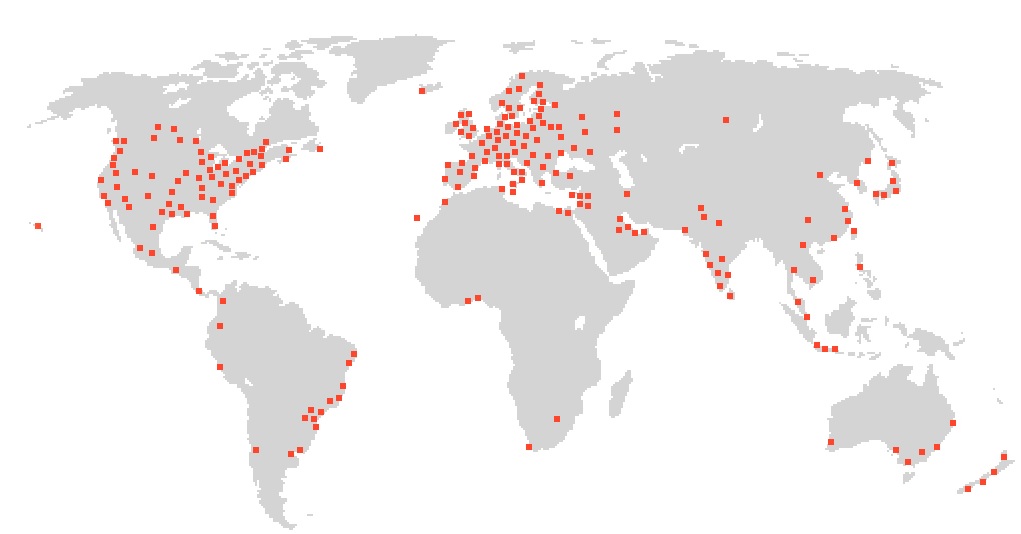 I’ve been thinking of ways to update my 2017 story on “Where in the world are the game jobs?” It chronicled all of the hubs for game industry jobs that I could find in the world. But the numbers are out of date.

Guarav Mathur, a game developer, has been the keeper for years of the Gamedev Map, which shows the locations of as many game studios as he can find in the world. But wouldn’t it be cool if we could see the number of game jobs in each location in real time, as a big data report?

I think the way we could do it would be to find the location of every seat for a game engine in the world. We could anonymously report locations that have more than 10 seats, using data from Unity, Cocos, and Unreal. Or maybe hiring sites like Indeed.com could filter their databases for game jobs and game job openings? I don’t know what would work.

What do you think? I’d be thankful for a solution. 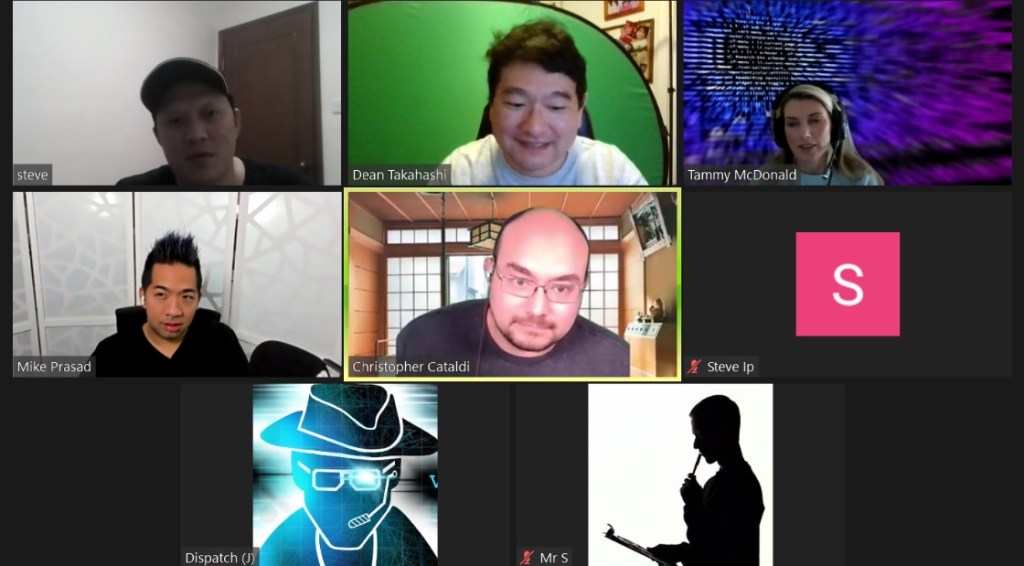 I was thankful to gather with friends this week and play the third episode of Agent Venture, which is a five-person game that you play on Zoom, as if it were an escape room. I played with Tammy McDonald, Steve Ip, Chris Cataldi, and Mike Prasad. We helped guide our secret agent Jason on a mission on the moon in our pursuit of the wicked CEO J. Bozo of the B.A.D. Corp.

If you haven’t tried one of these Zoom games, they’re lifesavers for people who are craving social connections during COVID-19. You should check out Agent Venture by The Adventure Is Real with a group of up to five friends if you get the chance. We kicked some good robot butt, and almost ran out of time.

Wear a mask for mom 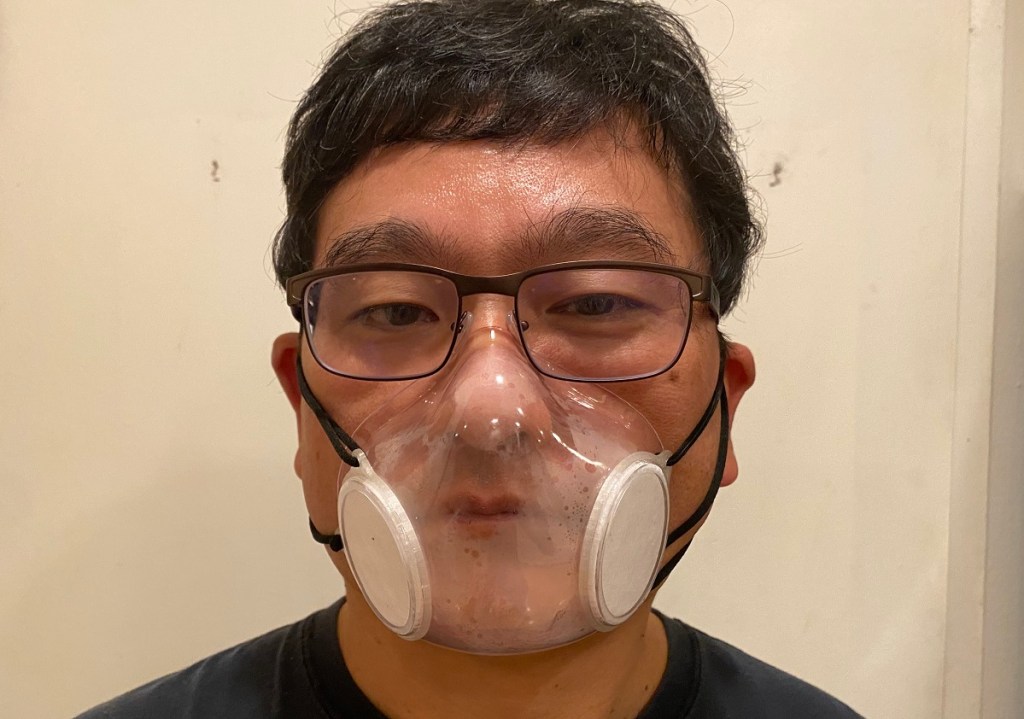 I’ve hit 2.1 million impressions for my Twitter posts over the past 28 days. Thanks for following. I’m very tempted to whack my mortgage company over the head with some tweets for the refinancing hell we went through over eight months.

But instead, I’ll just note here that my mother was diagnosed positive with COVID-19 last Sunday. With the little megaphone that I have, I’d like to say that you should wear a mask to make up for all those in our society who don’t. In my mother’s case, she is in an eldercare facility where they can’t remember to social distance or wear masks. A whole bunch of the elders were infected.

It’s not for your own sake that you’re wearing a mask. It’s for other people. I’m thankful my mother is still here, and that she is asymptomatic for now. But I want you all to remember that your kindness in thinking about others is what is going to save the world. Thank you again for reading, and may you have a great holiday.

Best practices for a successful AI Center of Excellence: A guide for both CoEs and business units Access here