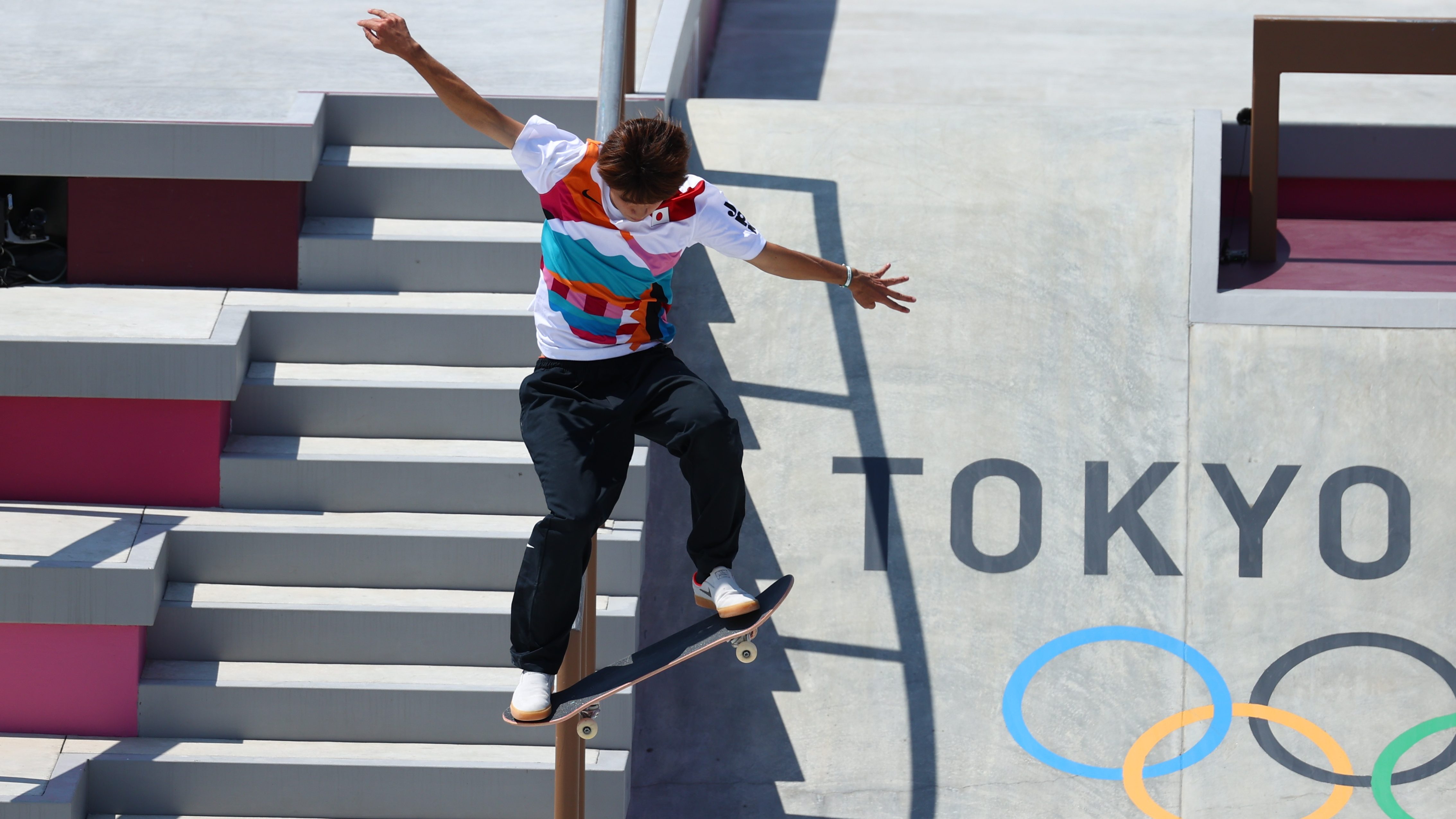 Japan’s Yuto Horigome beat out competition from Brazil and the US in the street skating competition, nailing one big trick after another to take the top spot. It was a memorable moment for the 22-year-old, a native of host city Tokyo, who started skating in a park not far from the Olympic venue.

It was also a milestone for skateboarding, which began as a misfit sport pioneered by California surfers and is still banned even in areas close to the Olympic venue. Neighborhood restrictions notwithstanding, the sport today is undeniably global, influential, and flush with corporate cash.

While many skaters rely on sponsorship from companies focused solely on making equipment for skating, some of the biggest corporations in sports have created their own skate teams.

Horigome is sponsored by sneaker giant Nike, which also created the Olympic kits for the national skate teams of Japan, France, Brazil, and the US. Other top stars in the sport, such as Nyjah Huston of the US and Leticia Bufoni of Brazil, are also on Nike’s roster. Adidas and New Balance have skate divisions too, backing names such as Tyshawn Jones and Jamie Foy, respectively.

The involvement of some of the biggest corporations in sports reflects how prominent—and mainstream, despite its outlaw reputation—skateboarding has become. These days skating videos are all over social media platforms such as YouTube, Instagram, and TikTok.

Skate culture also has shaped popular fashion, most notably through streetwear, a style with roots in California’s surf and skate scene. It has given rise to successful clothing companies such as Palace and Supreme, which was acquired for $2.1 billion last year. The conglomerate that bought it, VF Corp., also owns brands such as The North Face and Vans, which was itself launched to prominence by skateboarders and has seen its stature grow in recent years.

Last year, Louis Vuitton created a luxury skate shoe, complete with an ad campaign in skate bible Thrasher that featured pro skater Lucien Clarke of Jamaica. Virgil Abloh, head of Louis Vuitton menswear and founder of Off-White, grew up skating himself and occasionally posts reminders of this fact on his Instagram account.

Even so, skating retains a rebellious spirit, with some skaters still not loving the idea of it being sanctioned by the Olympics.

In an interview with The Guardian, Micky Papa, a Canadian skater competing in the Olympics, acknowledged that a lot of young skaters might push back against the notion. He defended it by comparing the Olympics to Starbucks, the ubiquitous coffee chain that kicked off a cafe craze in the US and other parts of the world, saying the Olympics can help introduce skating to newcomers who could then make the sport their own.

SoftBank and Demi Lovato back June Homes, a proptech startup emerging from stealth with $50M in funding