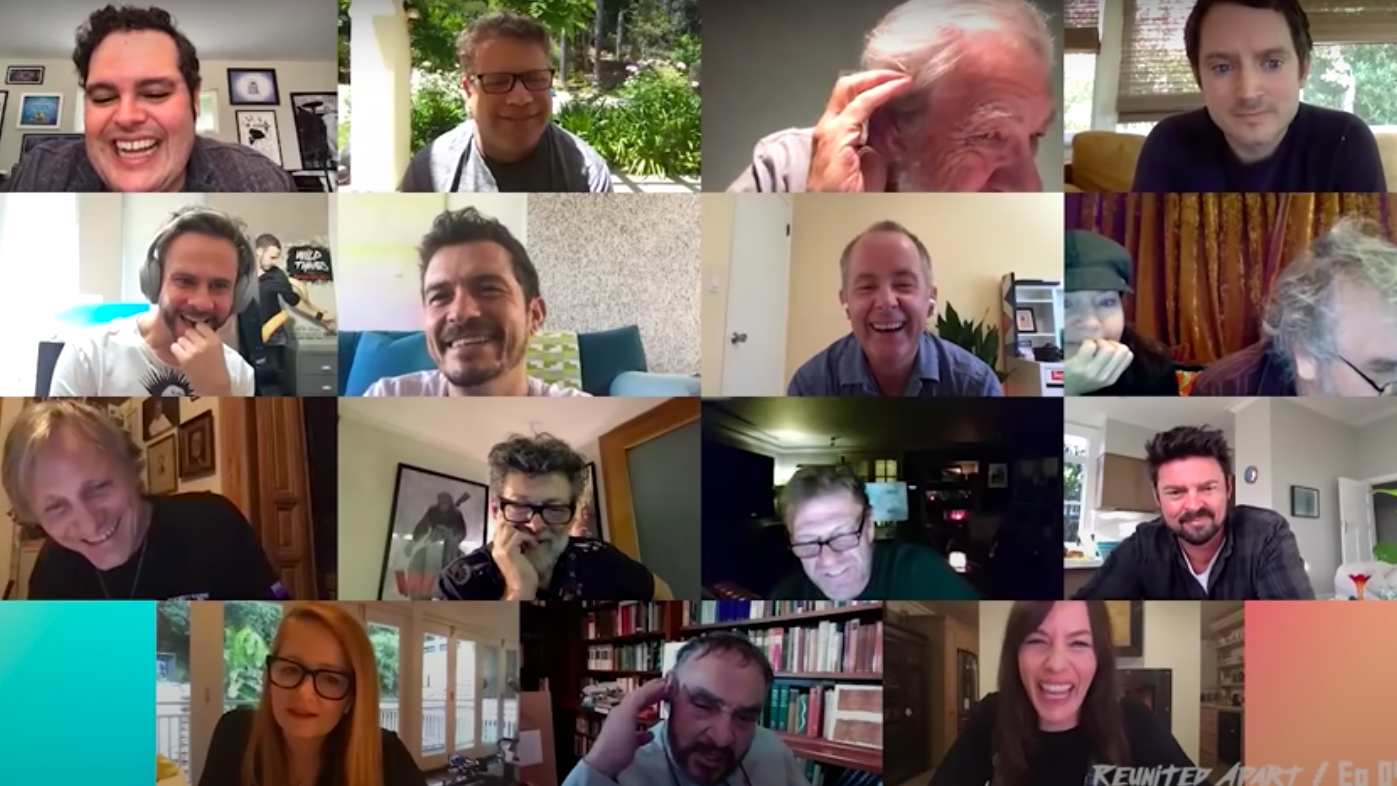 Wrangling a big group of busy celebrities to appear together can be a tough job. In a pandemic, it’s one of the few things Hollywood can do at all.

Virtual cast reunions and table reads of beloved movies and TV shows have become one of the most popular forms of entertainment since the coronavirus pandemic hit the US in March. While the film industry struggles to figure out how to safely bring actors back together to restart productions, putting them on Zoom has emerged as a much more feasible option—that also helps satisfy our appetite for new content.

Yesterday, Fast Times at Ridgemont High star Sean Penn joined an A-list team of actors—including Brad Pitt, Jennifer Aniston, and Julia Roberts—to re-enact the 1982 coming-of-age teen comedy for charity. Fans seemed less interested in the table read itself than the fact that it virtually reunited Pitt and Aniston, who were Hollywood’s “It” couple from the late 1990s to early 2000s.

Earlier this week the cast of the 1987 cult classic The Princess Bride reunited on Zoom to chat and read scenes from the film. Mandy Patinkin’s reenactment of his character Inigo Montoya’s famous line may have been worthy of an Oscar—if Zoom reenactments are considered eligible.

These reunions not only give viewers something new (and free!) to watch at a time when new Hollywood productions are scarce, but they also remind us of a safer time. Seeing celebrities as real people, often in their actual homes and acting out memorable moments in film history together triggers the exact feeling of nostalgia for fans that film studios and TV networks are desperate to create with their endless reboots and remakes of old franchises.

Why reboot The Lord of the Rings when you can simply get the entire original cast of the fantasy film franchise in a virtual Zoom room for a 50-minute chat, as Josh Gad did for charity in May? Fans were delighted to see the Fellowship and director Peter Jackson reunite to relive memories from the trilogy, which won 17 Academy Awards:

Other casts to virtually reunite during the pandemic include those from Ferris Bueller’s Day Off, The Fresh Prince of Bel-Air, and The Office (US version). In April, the cast of Parks and Recreation reunited for a televised special on NBC in what was then one of the first new shows—of any kind—to air after the pandemic began. The cast of Friends was supposed to reunite in person for a special on WarnerMedia’s new streaming service, HBO Max, but it was postponed indefinitely. Perhaps now they’ll hang out on a virtual couch instead.