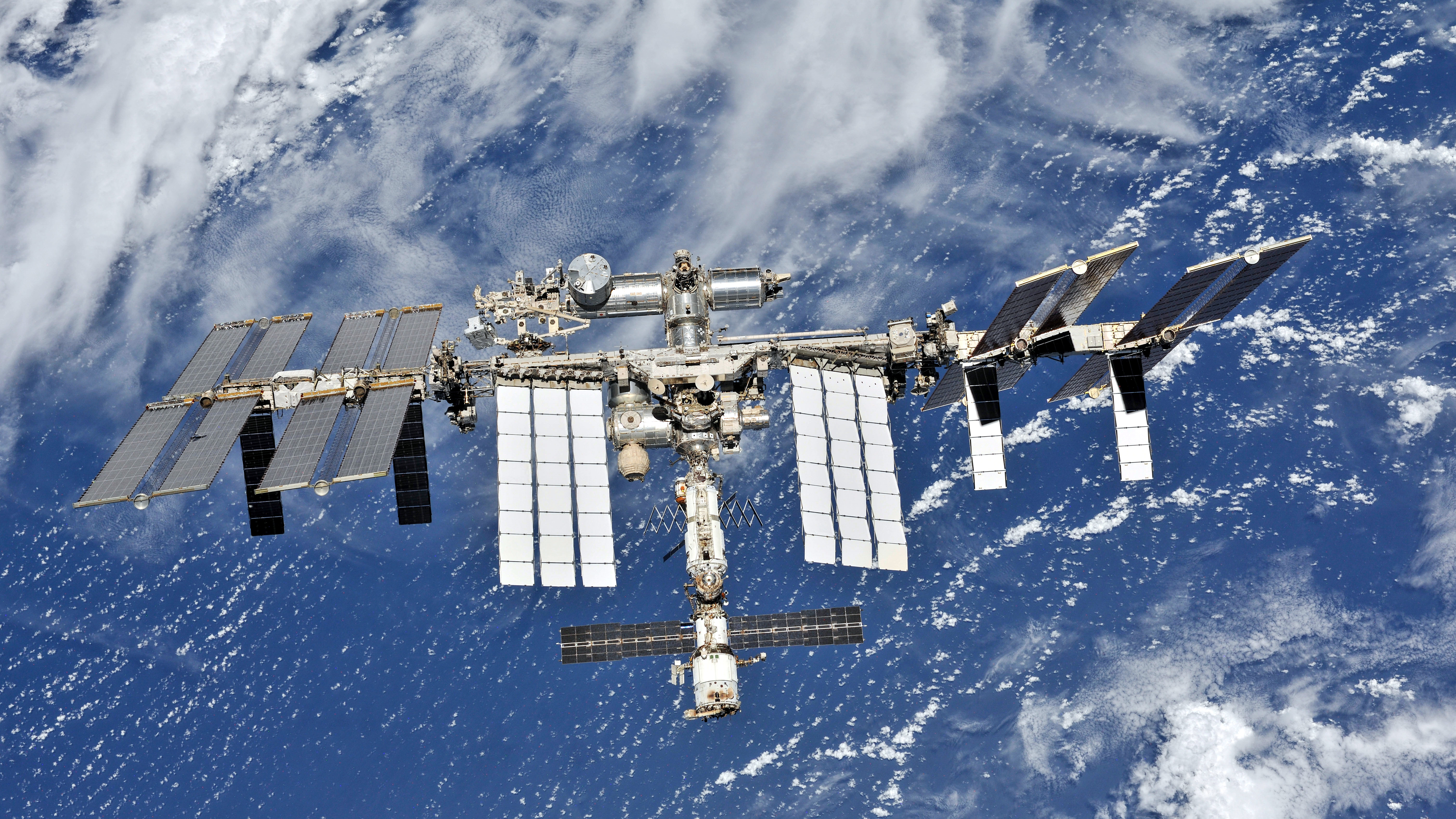 The International Space Station consists of 16 linked habitats, strung with solar arrays, space debris shielding, and a robotic arm, all spread over an area about the size of a football field. Yesterday, the entire assembly began to tilt and tumble after a newly-arrived Russian module malfunctioned and began firing its thrusters uncontrollably. Only the rapid response of flight controllers in Moscow and Houston, and of the 10 astronauts onboard, kept the $1 billion space lab on course.

“We proceeded to do headstands and cartwheels,” Zebulon Scoville, a flight director on duty in Houston during the episode, said in a tweet. “Olympic judges would be proud.”

Senior NASA officials were quick to downplay the incident, insisting the crew was never in any danger during a roughly 45 minute period when the space station lost attitude control, or the ability to maintain the vehicle’s orientation relative to the planet below. But the team responsible for the space station was clearly worried the unexpected maneuvers might have damaged the solar arrays that power the orbiting lab, although no issues have been identified so far.

“When NASA says crew was never in danger that ignores obvious truth that they are living on an experimental SPACE STATION and in danger as soon as rocket engines light on the pad,” Scoville tweeted. “Today had a little more danger than your typical orbit punching Thursday.”

NASA and Roscosmos, the Russian space agency, are investigating the cause of the misfire. The incident highlights the tremendous collaboration between the two space powers at the International Space Station. It also raises questions about the Russian space program’s capabilities, following an on-going leak in the station’s Russian segment and a 2018 Soyuz launch forced to abort mid-flight. Yesterday’s episode also postponed an uncrewed test flight of Boeing’s Starliner spacecraft to the ISS, scheduled for today, until engineers confirm that the station is in tip-top shape.

Scoville said it was the first time he had declared a spacecraft emergency while working as a flight controller. Joel Montalbano, NASA’s ISS manager, had another way to characterize the risk.

How Nauka caused the ISS to tumble

The adventure began as part of big project: Adding a new module built in Russia to the ISS. Called the Multipurpose Laboratory Module (MLM) or by the Russian word for science, Nauka, the 42 foot long, 20-ton module was scheduled to arrive at the station in 2007, but faced various delays before launching earlier this month. Once it reached orbit, reports emerged about problems with its thrusters.

That presents a big concern for the ISS. One of the riskiest moments in space travel is when vehicles attempt to dock with the station while both orbit the earth at speeds of around 17,000 mph. A wrong move could cause a potentially devastating collision. As Nauka approached the station over a 10 day period, engineers at NASA and Roscosmos “worked together on whether Roscomos still felt like it was appropriate for the vehicle to begin making progress,” according to Kathy Leuders, the top NASA official responsible for human spaceflight, who spoke at a press conference after the incident.

The decision to go ahead with the rendezvous was made, but it didn’t go entirely smoothly—Oleg Novitsky, a Russian astronaut on the station, took over manual control for the last few minutes of the flight. As the astronauts on board prepared to open the hatch to the new module, flight controllers on the ground and astronauts above saw evidence that its thrusters had started firing. Nauka was apparently still under remote control from Roscosmos’ Moscow flight control center, and it would be about 70 minutes before the station made it back around the earth so that the engines could be shut off.

The station began to pitch over at a rate that reached 0.5 degrees per second, which would led it to flip over completely after twelve minutes. Controlling the station’s orientation is important for rendezvousing with approach spacecraft, keeping solar panels and communications gear pointed in the right direction, and maintaining the right temperature onboard the station in the harsh environment of space.

Although unexpected engine firings on a spacecraft attached to the ISS have only happened three or four times over the station’s two decade lifetime, flight controllers were prepared for the contingency. To battle the spin, flight controllers fired first the engines built into the ISS, and then rocket motors on an uncrewed cargo spacecraft attached to the station, which “eventually won the force fight and returned to straight and level,” Scoville said.

Meanwhile, astronauts onboard followed procedures to reconfigure solar panels and thermal radiators on the station to protect them from stress. The data coming back from the station quickly showed that the strategy of pushing back against Nauka was working. In a worse-case scenario, NASA officials said that the astronauts would have been able to board a SpaceX Dragon capsule and a Russian Soyuz capsule currently attached to the station and use them as lifeboats within minutes.

“Today was another day where we are learning how important it is to have an operational team that is prepared for every contingency,” Leuders told reporters, characterizing the experience as a “pretty exciting hour…Because of the team’s preparedness…we were able to return to a safe and stable configuration.”

“Yeehaw!” Scoville tweeted after his shift. “That. Was. A. Day.”