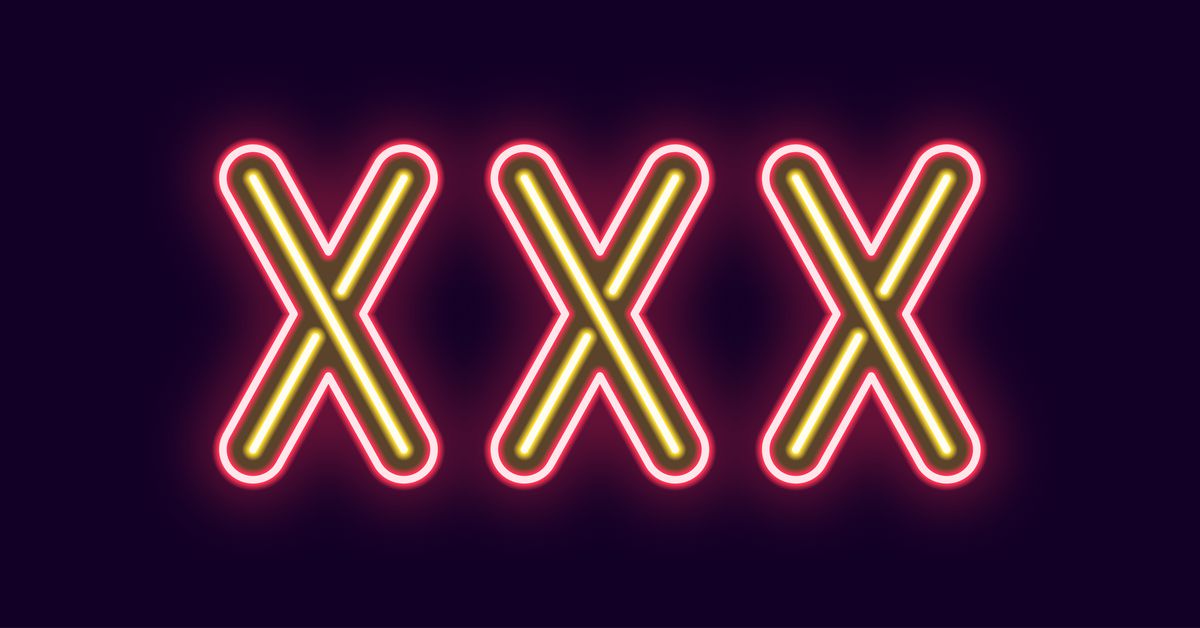 Simultaneously, the rise of freemium cam sites has made it easy for most viewers to watch or interact with models without ever paying a dime. The number of people trying to cam for cash has also grown much faster than paying audiences. As their profit pies shrink, most adult content creators feel pressure to move away from pure experimentation, passion projects, or even attempts to appeal to the broadest audiences.

Sprigman told me that MindGeek did not want to reveal exactly whom they tailor their content toward, or to what ends. (“The concern that they voiced to us,” he said, “was that they don’t want to be lumped in with Google, Facebook, etc. in the current panic about tech platforms” and their data usage.) Still, given that MindGeek has said in the past more than half of its revenue comes from people paying for accounts on its sites, Sprigman and others believe it’s likely they’re trying to create and promote content that will draw in viewers who are most likely to convert into paying subscribers.

“Their reach has the power to create trends” across the industry, said Bree Mills, Gamma’s head of production. “Family role-play content” — i.e. simulated incest scenarios — “has dominated Pornhub’s popular results over the last five years, which has had a tremendous influence on the number of related scenes being produced to satisfy perceived demand.” Pure Taboo, one of the series Mills has helmed, features a ton of fauxcest scenes.

Even when producers don’t look to titans like MindGeek for guidance on profitable trends, they often focus on what they know about their current or ideal paid users to try to consolidate their hold over them. “My target customer is in his late 20s to mid-30s — old enough to probably have some spending money and young enough to still possibly be single,” noted performer and clip maker Jessica Starling. She makes sure her personal image and content reflects the sorts of things she has gleaned that this demographic is into, although that can be a moving target.

But regardless of their sophistication, tailoring efforts still effectively elevate some fetishes that may not actually be widely popular in a bid for profitability.

Clip makers run the risk of making tiny fetishes seem larger than they are. Small groups with deep pockets may order tons of content suited to their unique tastes. When they allow producers to sell those clips to others as well in the hopes of making a few extra bucks, as often happens, they can functionally create a distortionary glut of hyper-niche fetish content. In one notable case, a single German man with a penchant for watching a man dressed in a swamp monster-style Halloween costume creep and grind on naked women ordered so many clips catering to his fetish that it created the impression this was actually a small but vibrant kink that many people held.

Cam platforms like LiveJasmin and Streamate focus on connecting viewers with models whose personas fit their interests. They then move customers into one-on-one private chat rooms where they pay for connection by the minute (and occasionally offer extra tips), which may lead to a truly bespoke experience. But folks seem increasingly drawn to freemium platforms, like Chaturbate and MyFreeCams, that let hundreds or even thousands of viewers sit in on a performer’s show for free, all interacting with each other and the model, occasionally sending tips and requesting specific acts.

“Spanking is way more widely performed on cam than in real life. … It’s a way to get a strong reaction out of the girl you’re tipping.”

The quest to convert as many viewers as possible into (ideally regular) tippers has led to the development of an impromptu field of cam consumer psychology, with consultants peddling and performers sharing advice. As a result, says Aella, a former top performer on MyFreeCams turned entrepreneur, you’ll see the same tricks — countdowns and games — in most rooms, as well as a few overrepresented sex acts, which models have learned garner tips especially well.

“Spanking is way more widely performed on cam than in real life,” she told me, explaining it’s usually in the form of models offering to spank themselves in exchange for a set tip fee. “It’s relatively non-sexual … It is dramatic and loud and a way to get a strong reaction out of the girl you’re tipping.”

The scramble for tips also means that, as Aella puts it, “we meet the demand of tippers more than non-tippers.” Many regular tippers send cash to models they like sans strings, just to show their support, but just as many want specific bang for their bucks. Models occasionally describe doing things they’re not comfortable with on cam to earn these transactional tips — subverting their desires and boundaries to a paying viewer’s — when facing a major crunch to hit a goal.

Whales, a term some cammers use to describe big spenders, might drop $1,000 in tips per show, and occasionally even more. LittleRedBunny, an award-winning cammer who’s been active since 2009, tells Vox that a whale once gave her a $21,000 tip. Because those big tips can make or break a performer’s night, month, or year, performers on some platforms reportedly try to poach whales from each other. At times some will allegedly allow these patrons to functionally control their rooms, booting out fans whose voices or desires they don’t like. Others even let whales invade their off-cam lives.

Whales, a term some cammers use to describe big spenders, might drop $1,000 in tips per show

If they can figure out, by polling their rooms, who their most reliable and sizeable tippers are, then many successful models will try to create environments or personas that appeal specifically to them. “One top-earning girl once told me that she knew the demographic of men aged 45 to 60 were her highest tippers,” Aella recalled. “So she played ’80s rock to trigger their nostalgia.” Others hyper-exaggerate or reinvent their personas to jibe with what sells, like one occasional pot smoker who cam researcher Paul Bleakley encountered. She transformed herself into a “performative” stoner, covered in tie-dye and backed by Bob Marley music, to please her prime tippers. That’s a risky move when one considers, as LittleRedBunny noted, that any major branding change risks jettisoning entire blocs of one’s overall fan base.

The traditional narrative of camming holds that there’s a model out there who’s right for every viewer, and an audience for the niche or persona every model’s most comfortable adopting. As LittleRedBunny explains it, this means that one person might be a big, regular spender on one platform or with one model, but not on another, rendering demographics nearly meaningless outside of one’s own chat room or fan base.

But in 2019, Stripchat made a huge effort to survey its user base and learned that there do appear to be demographic differences between different types of spenders across its platform. People who identified as very religious, for example, appeared two to three times more likely to spend at least $1,000 a month on the site compared to their peers. Younger audiences were more likely to pay for privates, while older audiences were more likely to tip — and those over 65 often tipped more than those ages 35 to 64.

Many performers (who don’t dive in blindly) try to build their personas around what they at least believe they know about high paying demographics. There’s a ton of pseudoscientific babble on camming blogs about the assumed profile of the average whale and how to craft identities or acts that manipulate his alpha male mentality. (Stripchat’s survey actually suggested that women only make up 7 percent of their user base but 17 percent of their big spenders, challenging this and many other male-centered assumptions in the camming world.) New models also often sit in on big and successful performers’ rooms and try to emulate what they do to bring in big tippers.

The allure of high-income submissive men willing to drop big whale money in particular has led to an explosion in the number of cam performers trying to adopt financial dominatrix, or findom, personas in recent years, adopting glam, haughty, and unobtainable airs and bossing their rooms around. Granted, they are all vying for a small but lucrative pot of men, and few of them actually have much experience as dominatrices, so this bid rarely ever works out for them in the end. The scattershot run on them sure does make the fetish seem more prevalent than it really is, though.

Ultimately, all of these manifestations of the mad dash for profitability in the cam world inject a degree of homogeneity into an adult realm ostensibly built on diversity and malleability. They make it hard for people whose personas or interests don’t align with the interests of profitable demographics to succeed, and lead to the overrepresentation of certain sexual acts and tropes. Or as Aella put it, “a lot of the core behaviors within top [cammers] are nearly identical.”

“I’ve heard men say that seeing so much spanking in the cam world has made them more interested in it,” Aella noted. Thus, a common camming trick becomes an actual sexual trope.

Sign up for The Goods’ newsletter. Twice a week, we’ll send you the best Goods stories exploring what we buy, why we buy it, and why it matters.

Get our newsletter in your inbox twice a week.