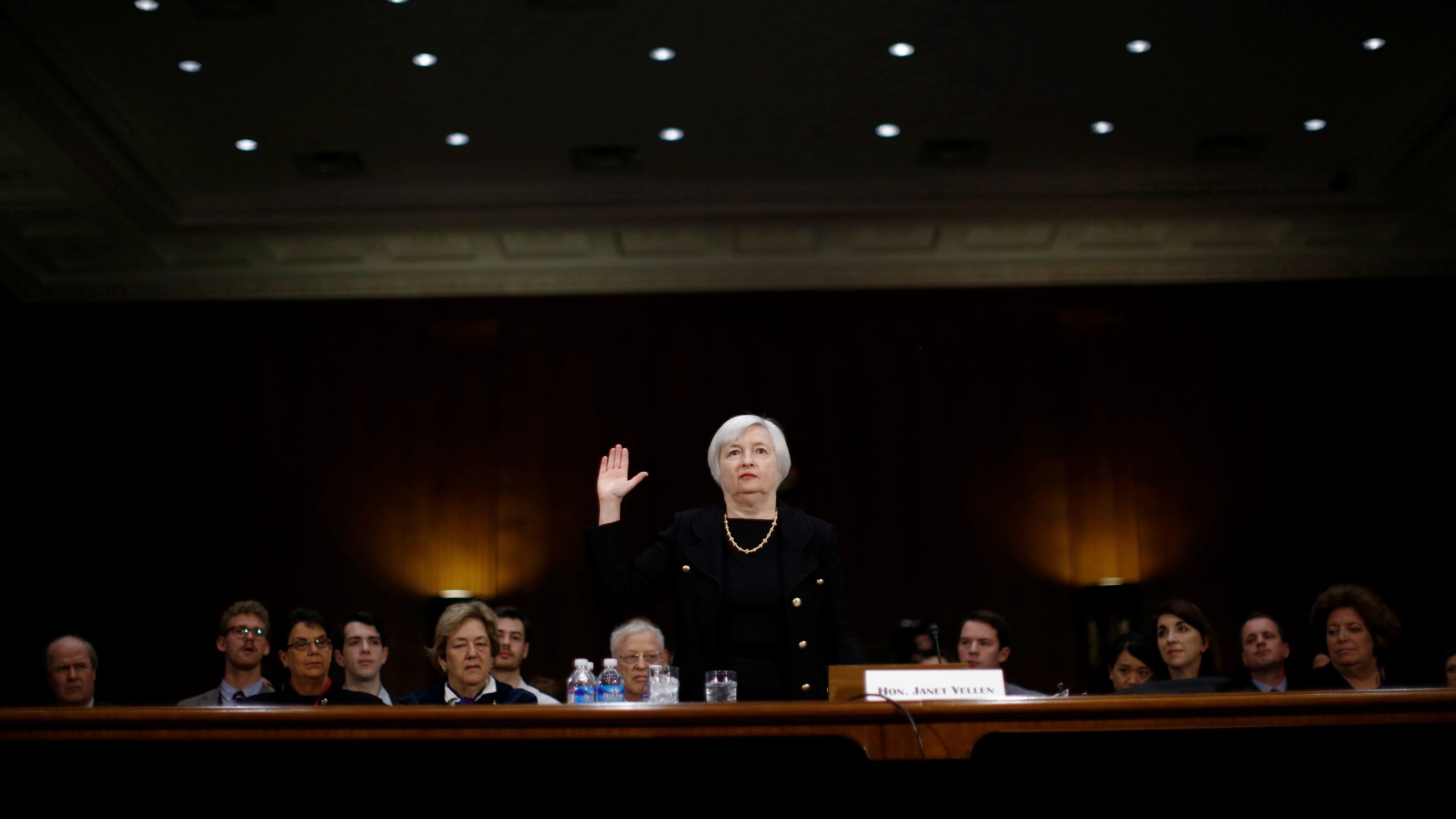 The US is running up debt like never before, and one of the reasons Washington can get away with it is because interest rates are hovering around their lowest levels ever. This raises the question—should the Treasury lock in these rates for 50 years? How about a century?

Government borrowing is under renewed scrutiny as politicians consider their third mega-spending package to support the US economy, adding to more than $3 trillion already earmarked since the onset of the Covid-19 pandemic. Federal debt owned by the public is expected to ramp up from 81% of GDP this year to nearly 100% in 2030, the highest ratio since 1946, according to Congressional Budget Office (CBO) projections in December. That ratio could hit 180% by 2050, by far the highest debt burden the US has ever had.

Debt levels are high, but the government’s borrowing cost is low. In March, 10-year Treasury bond yields fell below 1% for the first time and they’ve only ticked up modestly since, rising to about 1.1%. That helps explain why the US has amassed so much debt and, yet, is spending less on interest expense than it did in the 1980s and 1990s. The worry is that the unprecedented mountain of debt could have to be refinanced at higher yields down the road.

“If interest rates go up, we’re going to be in a world of trouble,” said Allison Schrager, a senior fellow at the Manhattan Institute. “Interest rates could go up because there’s just less demand for US bonds.”

The century-bond question came up during the confirmation hearing for Janet Yellen, who was approved as Treasury secretary on Monday. The former Federal Reserve chair sounded open-minded during her testimony last week:

There is an advantage to funding the debt, especially when interest rates are very low, by issuing long-term debt, and I would be very pleased to look at this issue and examine what the market would be like for bonds of this maturity.

The question about long-term financing has come up during other administrations, including the last one. “It’s been a common theme that the incoming administration at the Treasury department promises to look at how feasible the introduction of a 50- or even 100-year Treasury could be,” said Ben Jeffery, an interest-rate strategist at BMO Capital Markets. “And then the process of surveying investor demand and how expensive it would be for the taxpayer ultimately has consistently yielded the result that it’s really not the best way to issue in the Treasury market.”

Former treasury secretary Steven Mnuchin gave it some thought and brought back the 20-year bond (it hadn’t been auctioned since 1986), but stopped short of anything radically longer, even after saying in 2017 that ultra-long bonds are “something that could absolutely make sense for us at Treasury.” A model published by the Hutchins Center on Fiscal and Monetary Policy at Brookings in 2018 suggested increasing the issuance of intermediate debt—say 5- and 10-year securities—made sense, but issuing longer-term bonds was too expensive for the amount of risk it would remove. Brian Sack, one of the model’s authors, is on the committee that advises the Treasury on borrowing.

Treasury bonds generally aren’t seen as having credit risk, as the US government has the power to raise taxes on the world’s largest economy and can print money. But fixed-rate bonds, even the ones issued by the likes of the US and Germany, do have duration risk. Longer-maturity bonds are typically riskier because it takes longer for investors to get back their full investment.

The market value of a 30-year bond can whip around more than the market value of a five-year note with the same credit risk. If interest rates rise (to compensate for higher inflation, faster economic growth, or both), the price of the issuer’s existing bonds will fall so that yields increase to match to the new interest rate (prices move inversely to yields). Longer-maturity bonds are more sensitive to changing yields and can jump around more. A simple way to think about that is to remember that bond coupons pay a fraction (say 1%) of the bond’s principle, and the principle isn’t returned to the investor until maturity. If interest rates decline, that means it takes even longer for the investor to get paid back their full investment. That type of risk typically increases the longer it takes for a bond to mature.

That said, some investors aren’t that worried about duration risk. Insurance companies and pensions can have liabilities that last for 30 years (think of a 30-year life insurance policy, or a person who plans to start retirement in three decades). These institutions can match the promises they’ve made to customers with a similar-maturity bond and get rid of their investment risk.

Schrager, a pension and retirement expert, thinks the demand for duration and longer-maturity bonds is underestimated. She notes that regulation is also being considered that would encourage people to invest in annuities—an insurance investment that’s designed to prevent you from outliving your savings—which could also provide demand for long bonds. “If you’re holding a long bond because you have a liability that’s long term, it’s actually safer than holding a short-term bond,” she said.

Unfortunately for the US government, pensions and insurance companies haven’t been at the top of the list when it comes to Treasury ownership so far. Foreign institutions own almost seven times as much US debt as pensions and life insurance companies put together, according to Treasury data. Those investors might not be as keen to own long-maturity bonds. “Once you get out that far, the investor based outside of insurance and maybe pension funds starts to dwindle,” BMO’s Jeffery said. ”The size that they would probably be able to get done would not be worth it from the perspective of the Treasury that obviously wants to keep its costs as low as possible.”

Even so—could this time be different? Jeffery acknowledged that it already is to some extent, given the sheer amount of borrowing. But he notes that demand for US government bonds, even as they are issued in record amounts, “has been nothing if not strong.” Partly that’s because the US central bank buys a lot of the debt, but it’s also because the US dollar is the reserve currency.

“There’s no sign in the current paradigm that we’re reaching the point where supply is going to overwhelm demand for Treasuries,” he said. “If anything the opposite appears to be the case.”