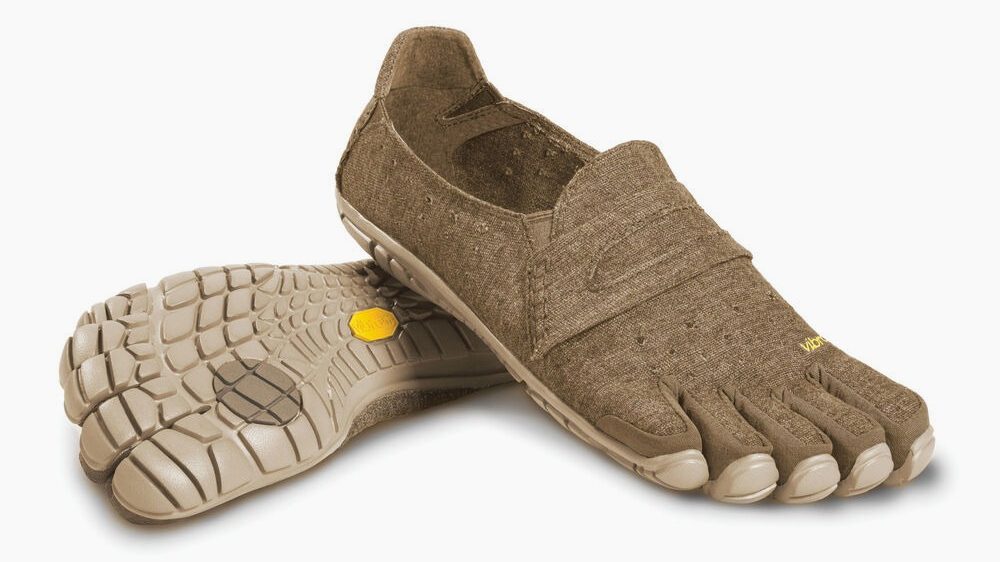 US policies surrounding hemp and cannabis are a confusing, complicated, and often contradictory tangle. If those policies were a shoe, those shoes might be similarly confusing. Maybe, for example, the shoes would have a seam mimicking that of a penny loafer, to illustrate a sort of business-casual conformity. Perhaps though, they would also have a rubber sole, to gain some traction. Maybe the shoes’ toes would be reinforced to indicate a tough willingness to kick through barriers. And maybe, for no apparent reason, those toes would be separated, like the fingers of a glove. And of course, they would be made of hemp—that most durable of fibers—and machine washable. No nonsense.

These shoes, incidentally, exist. They are manufactured by Vibram, and are available now on the US Veterans Canteen Services website, which provides a variety of discounted products and services to military veterans enrolled in for Veteran’s Affairs health benefits. (If you are not a veteran, you may purchase them directly from Vibram for $100.) The shoes are notable not only for their resemblance to the feet of  Teenage Mutant Ninja Turtles, but also because they represent the Veteran’s Affairs’ embrace of hemp following the crop’s federal legalization in 2018, as noted by Marijuana Moment‘s Kyle Jaeger.

And yet, while the VA endorses the use of hemp in the form of five-toed shoes, the Department of Defense shuns it when it comes to hemp-derived CBD products such as tinctures, capsules, and even those innocuous-looking sesame seed-ish hemp hearts that can be sprinkled on salads—as was made clear in a recent tweet.

Hemp, according to the Department of Agriculture, is the “the plant Cannabis sativa L. and any part of that plant, including the seeds thereof and all derivatives… with a delta-9 tetrahydrocannabinol concentration of not more than 0.3% on a dry weight basis.” Which is to say, it’s cannabis with less than 0.3% THC—the compound responsible for making a user feel high. So theoretically, any product derived from hemp—whether a salad topping or a sleep-aid—should be fair game.

But the Department of Defense issued a letter (pdf) in February stating that since urinalysis testing would not be able to distinguish between THC from legal products and THC from illicit products, the military would ban the use of even hemp-derived CBD for active and reserve members of the US military. The department made exceptions for FDA-approved prescription drugs such as Epidiolex and apparel such as five-toed hemp shoes.