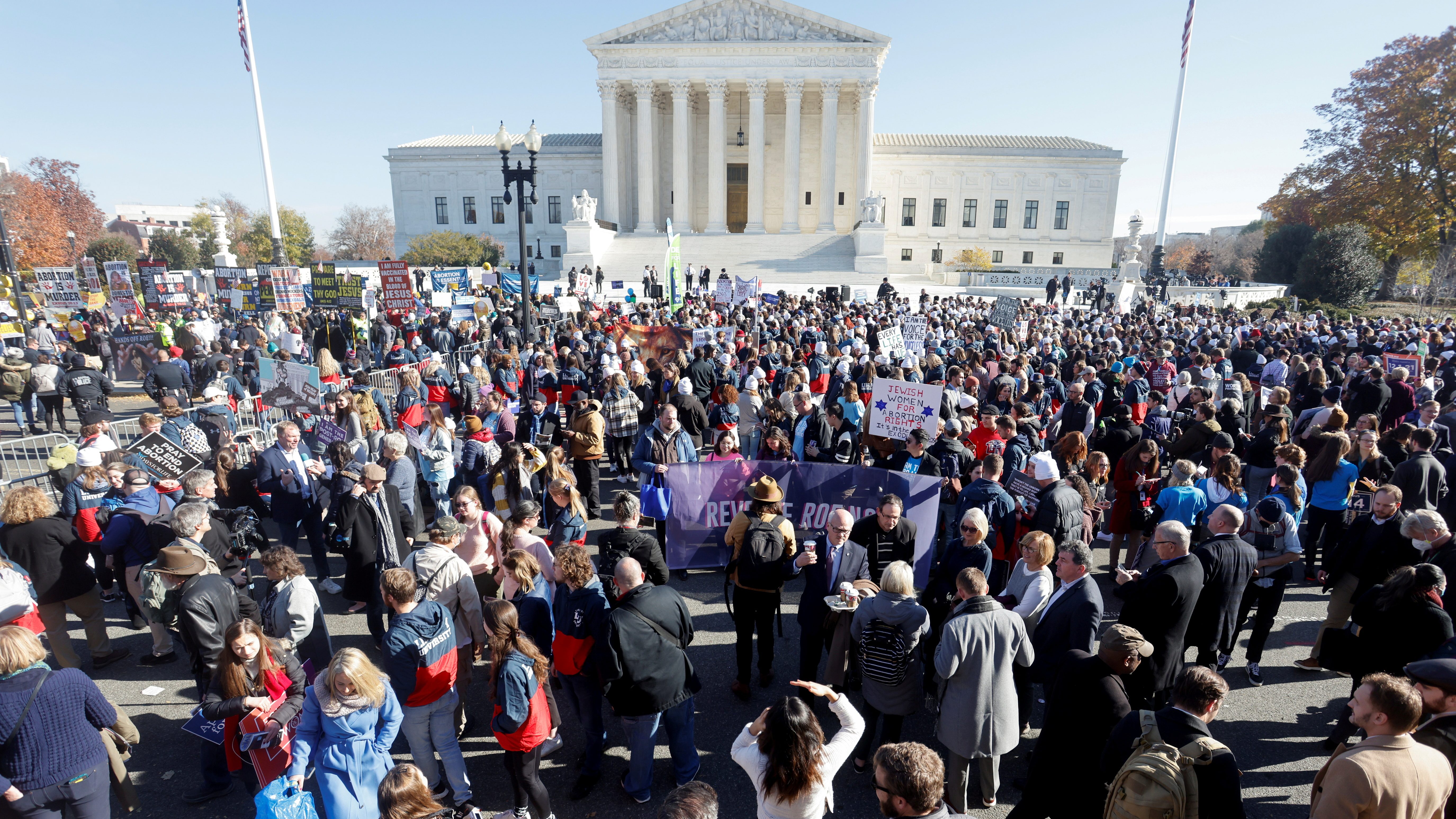 Economics has become a key issue in what could be the most consequential abortion case in nearly 50 years.

The US Supreme Court heard arguments on a Mississippi law yesterday (Dec.1) that would ban abortion after 15 weeks, and could lead to the overturning of Roe v. Wade, the 1973 ruling that gave women nationwide the right to terminate a pregnancy.

Mississippi state officials have argued Roe v. Wade is no longer necessary given that women have reached the “highest echelons of economic and social life” since the case was decided. But a group of economists has told the court removing abortion protections would have a major impact on women’s lives, pointing to research that shows American women suffer economically without access to the procedure.

In a brief to the court filed this July, Mississippi attorney general Lynn Fitch questioned previous claims made by Supreme Court justices in 1992 in regards to the economic impact abortion has had on women’s lives since the procedure became a constitutional right. In their majority opinion for Planned Parenthood v. Casey, which upheld Roe, justices argued abortion had allowed women to “participate equally in the economic and social life of the Nation.”

But in her brief the attorney general disputed the idea that women still need Roe in order to advance economically. She wrote that policies like paid family leave, child care, and greater work flexibility have allowed women to have “a full family life and a successful career,” something there was little support for in 1973. Fitch further argued that linking abortion policy to economic advancement constituted a “stunted debate on how we support women,” and encouraged the court to let states make their own decisions about abortion rights by overturning Roe.

While paid family leave and child care may alleviate the economic burden of raising children, “the reality is the majority of women in Mississippi and the US don’t have access to those policies yet,” said Paula Cole, an economist in the gender and women’s studies department at the University of Denver. Cole pointed out the US still doesn’t have a national paid family leave policy (Democrats recently cut their proposed plan from 12 weeks to four), nor does Mississippi.

Cole was part of a group of 150 economists that signed an amicus brief supporting the defendant in this case, the clinic Jackson Whole Woman’s Health. Caitlin Myers, an economics professor at Middlebury College who also signed onto the brief, wrote in a Washington Post op-Ed that economists have refrained from weighing in on the issue of abortion during the last two major Supreme Court cases, but decided to do so in this case because data indicates there is “absolutely a causal link between abortion access and women’s lives.”

During yesterday’s oral arguments, justice Sonia Sotomayor asked Mississippi solicitor general Scott Stewart when “the life of a woman, and putting her at risk” enters the calculus for the state in this case. The justice noted women are 14 times more likely to die from childbirth than an abortion, and questioned the justification for allowing the Mississippi law to stand, given that it would, in her view “[force] women who are poor” to go through with unwanted pregnancies.

“Now the state is saying to these women, we can choose not only to physically complicate your existence, put you at medical risk, make you poorer by the choice, because we believe what?” Sotomayor said.

Half of US abortion patients in 2014 lived in poverty, up from 27% in 2000, according to the Guttmacher Institute, a research institute that supports abortion rights. A 2020 paper published in the National Bureau of Economic Research found being denied an abortion increases the amount of debt past due by 30 days or more that a woman holds by 78% and increases negative financial records such as bankruptcies and evictions, by 81%.

If more US states reduce access to abortion without providing support like paid family leave and child care, Cole said, “we’re really putting that economic burden of caring for children on women.” This economic burden, also known as “the motherhood penalty,” can hinder women’s overall wellbeing.

Abortion access throughout the US is already compromised by restrictive laws such as the one currently in place in Texas. This law, which bans abortion before most women even know they’re pregnant, has led women to travel from Texas and seek abortions in states as far as Washington and Maryland. Cole said she expects access to worsen if the federal right to an abortion is dismantled by the court, making the service costlier and further reinforcing the economic penalty many women in the US still experience in motherhood.