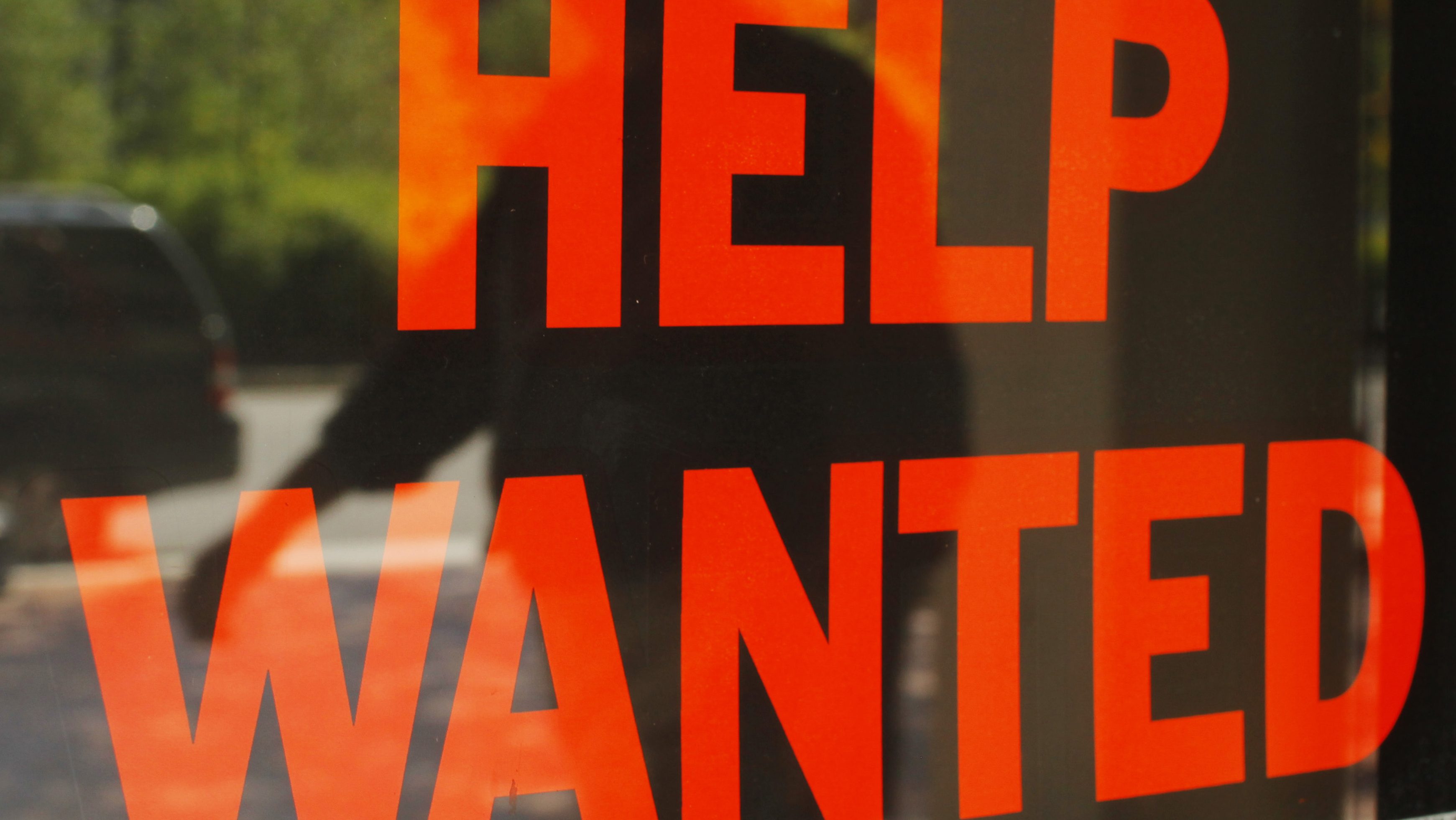 Practically every business in my town is hiring, or at least trying to. Just walking down the street, you could get four part-time jobs—and you’d need about that many to make a decent living. This is the case in many places across the United States, as an apparent labor shortage looms. But at every business that hasn’t been forced to close while awaiting help, someone is still there, keeping things humming along while desperately searching for reinforcements. In many cases, it’s a middle-manager with little or no control over the one thing that would make hiring easier: offering better pay.

I was that middle-manager at two jobs in a row a few years ago, when the unemployment rate in my state was comparatively low, and low-paying jobs were plentiful. I had a significant amount of autonomy in both jobs—I was the event manager at a wedding venue and then a music venue—but I had limited power to influence the wages of the part-time staff I hired and supervised. Workers in those positions earned little, even though the businesses would come to a crashing halt without them.

After all, somebody has to arrange all of the tables and chairs for that 300-person wedding (a couple of times that person was me, by myself). Without security guards, concession workers, and the like, that rock show you want to attend isn’t going to happen. But for some reason, offering better compensation often isn’t the first thing that businesses try. One venue I worked at tried to inspire people to work there for reasons other than money, by making the job seem “cool.” They really milked it, putting up a billboard near the building that said something like, “Now hiring ROCKSTARS.” (The billboard remained up for years and years.)

And there were some similarities with being a rockstar: It was an unstable way to make a living and often involved getting uncomfortably close to other people’s barf. But only a few people were lured in by the promise of a “cool” job. As a result, I spent countless hours hiring—hours I could have otherwise been doing more valuable work. Or at least that’s how I thought of it at the time. Looking back, I think my bosses saw the constant grind of hiring as the most valuable thing I was doing. As long as I was (barely) able to find enough people for the place to function, they wouldn’t need to raise the wages a cent.

It’s refreshing to see conversations today pointing out how absurd it is to expect workers to come flocking in when wages are too low. Perhaps businesses were never expecting that to happen. Maybe they were simply hoping to rely on stressed-out middle managers to skate by indefinitely.

When I was one of those middle managers, the bags under my eyes told the story of how bad that recruitment plan was. After all, hiring wasn’t my only duty (in either job). Even as I was scrambling to find people to scan tickets, I was expected to work on bigger projects.

Not being able to find workers started to feel like a personal failure, and I dutifully took my punishment of having to work extra hours to compensate. The resulting stress was a big reason why I quit both jobs. This might sound familiar to the many workers today who are tasked with solving their employers’ labor shortages, on top of their regular duties.

While I was working at the music venue, I noticed there was one type of worker I could actually attract: the type that didn’t need the money. Several staff had told me they viewed the job as a side gig, as a way to fund going out to eat or (after saving for a long time) going on vacation.  And no shame to those folks, but there are only so many people in that situation.

There might be a fundamental problem when so many jobs are designed only for fun money. Recently, I noticed my former employer advertising a hiring fair, this time specifically targeting people looking for a “side hustle.” This suggests the job is a decent option for financially secure people, but it’s now blatantly clear that it isn’t the right work for someone who might actually need a decent wage.

Of course, it’s not the people who set the wage who will be speaking directly to the interviewees at the job fair–it’s the middle-managers. Perhaps it’s this layer of separation that keeps wages from going up at many types of businesses. It’s rare that company leaders have to look job applicants in the eye and say, “Thanks for coming in for an interview; I hope you don’t actually need much money.” Maybe that’s why they tend not to realize the absurdity of the situation they’re creating.

If companies want to let their middle-managers off of the hiring hamster wheel, the solution is simple: increase wages. Doing so might even free up these managers enough to work on bigger projects that will move the business forward—or at least keep them from quitting, too, and setting the hiring process in motion once again.

Jessica Carney is an Iowa-based nonfiction writer and the host of the “And Then I Quit” podcast. In addition to writing, she’s worked in the event planning industry for the past 13 years. Follow her on Twitter.