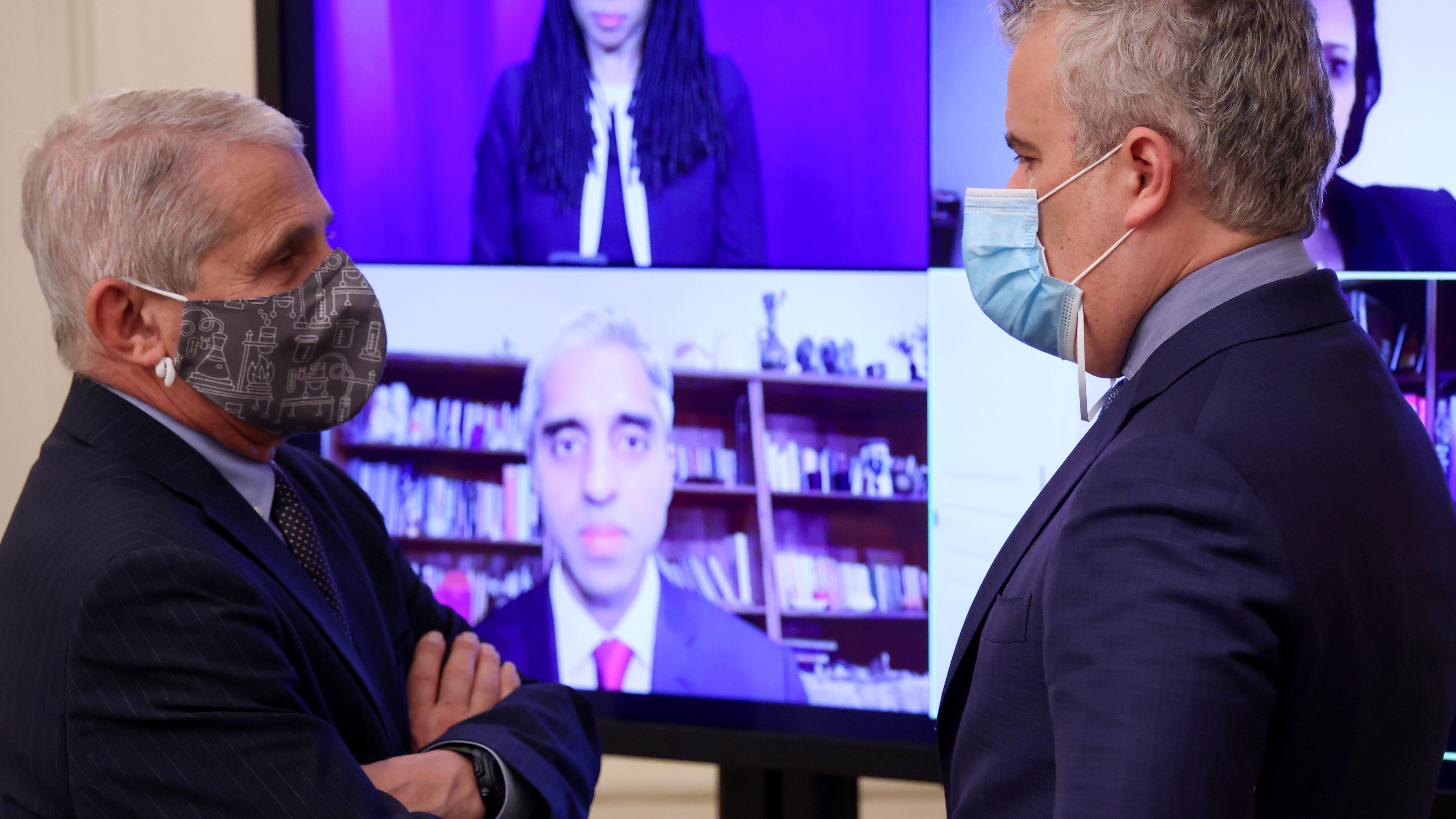 Covid-19‘s omicron variant is taking over the US and spreading chaos right before the holidays.

The White House is addressing the issue in press conferences and public communication, but its plans—and even more importantly, its framing of the emergency—are wanting.

Only days after the suggestion that the US makes free at-home tests available for everyone in the US was met with scorn by White House press secretary Jen Psaki, the officials leading the covid-19 response took another step in the wrong direction, blaming the crisis on unvaccinated people, and all but suggesting they will deserve covid-19, if it comes their way.

Blaming the unvaccinated won’t help anyone

“As we’ve explained in prior briefings, the omicron variant is more transmissible and our medical experts anticipate it will lead to a rise in cases. But unlike last winter, we now have the power to protect ourselves,” said Jeff Zients, the White House coordinator for the Covid-19 response, in a press conference last week. He went on to list the benefits and protection offered by the vaccine although only three doses (so far only received by about a quarter of Americans) are known to offer a significant shield to prevent against omicron, while breakthrough infections with two doses are more common, although not likely to lead to severe cases.

“For the unvaccinated, you’re looking at a winter of severe illness and death for yourselves, your families, and the hospitals you may soon overwhelm,” he added.

It’s easy to see where he’s coming from. Omicron is a consequence of poor vaccination rates: It emerged where people didn’t have widespread access to vaccines, and has been spreading faster among communities where larger numbers of people are unvaccinated. Many are frustrated by vaccine hesitancy and anti-vaccine sentiment, to the point of suggesting unvaccinated citizens pay their own hospital bills if they get severe covid-19.

But while this attitude might be understandable on a private level, it is the opposite of what good public health leadership looks like, and public shaming is not going to make anyone more likely to trust the vaccine.

An abdication of responsibility

In pointing his finger at the unvaccinated, Zients tries to shift the responsibility of covid-19 control from the government to the individuals. But it is the US administration (both Joe Biden’s and Donald Trump’s) that should be first to blame.

Since the beginning of the pandemic, the US has focused exclusively on vaccinations for Americans while neglecting the needs of other countries. That has led to variants emerging in poor countries and coming back to haunt rich ones. Further, the US didn’t invest in rapid at-home tests and in keeping up testing capacity, nor did it provide free access to safe N95 (or comparable) masks. And it made little progress in gaining the trust of vaccine-hesitant Americans, antagonizing them politically and often dismissing their concerns. All this compounded into the most recent crisis.

This isn’t to say that individuals shouldn’t take responsibility for their choice. But the role of public leadership is to continue to stand even for those who mistrust official messaging, and are skeptical of vaccines or other public health measures (after all, Joe Biden promised “a presidency for all Americans”), and try to win them over. The failure to do so is—although frustrating—a failure of the public health strategy.

The danger of moralizing illness

There are many reasons people aren’t getting vaccinated. In many cases it is a choice, lately exacerbated (and exploited) by political polarization. But in many other cases, there are obstacles to vaccines. Young children, of course, can’t get vaccinated, nor can some immunocompromised people. Then there are those who want to get vaccinated, but haven’t been able to. Hourly workers, for instance, who can’t afford the time off to get the vaccines or nurse side effects. Those with poor internet access, who can’t find clear information in their language, or don’t have the access to information to keep abreast of eligibility criteria, or are concerned about their immigration status and fear being asked for documentation.

Most of these obstacles can be overcome, and many programs are aimed at doing so, but it is an ongoing effort. Messaging like Zients’ doesn’t take nuance into account, and likely jeopardizes the chances that those who have milder concerns about the vaccine, such as many pregnant women, might get more trust in public messaging.

What is worse, the accusation suggests the disease is a deserved punishment for bad behavior (in this case, not getting vaccinated) which has led to tragic stigma in previous public health crises, notably AIDS.  The White House messaging pits citizens against one another, and suggests those who get in the hospital did something wrong. Not only does this approach diminish social solidarity, but it is guaranteed to heighten the political tensions that radicalized the most adamant opponent of vaccines in the first place, putting them further out of reach.