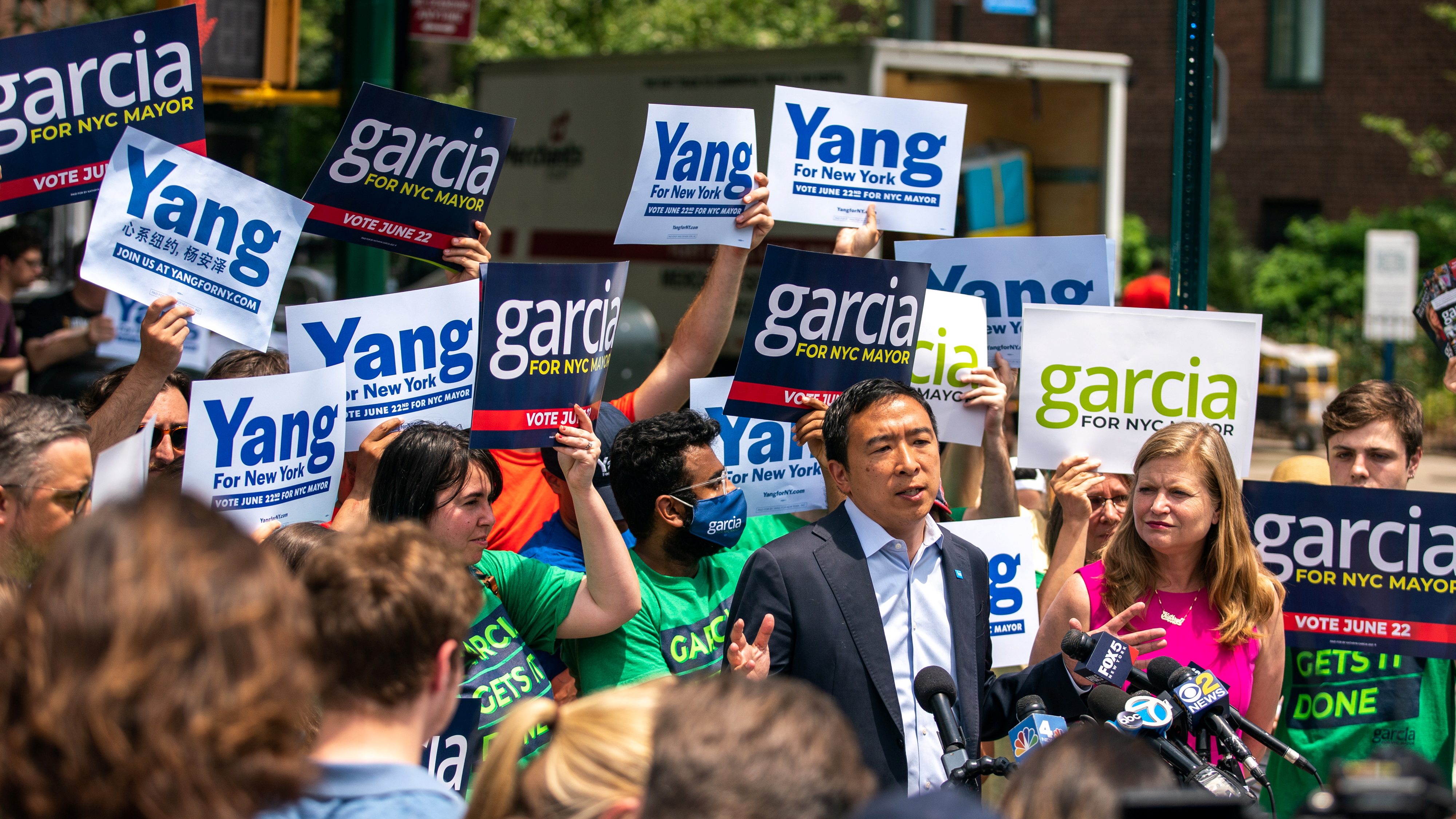 Polls have closed in the primary elections for New York City’s mayor, but thanks to the city’s new adoption of ranked-choice voting, we may not know the winners for some time. Although today’s vote is only to select candidates to run in the general election in September, there are seven Democrats for every Republican in New York. The Democratic primary is seen as a de facto general election.

As in previous mayoral races, the world’s eyes are on New York as a leader among cities. Decisions by its mayor can set the tone for policy in smaller jurisdictions around the US and the world. These are some issues that will be top priority on the new mayor’s desk no matter who occupies the chair.

In a series of recent polls, voters consistently ranked crime as their top concern going into the mayoral race. Violent crime has increased significantly in New York over the past year, as it has across the US. Shootings in the city are up 118% from last year, according to New York City Police Department (NYPD) data.

At the same time, questions around police reform and defunding remain at the fore after last year’s nationwide protests in the wake of George Floyd’s murder. Within the crowded field, defunding the police has remained a central platform. Maya Wiley has called for $1 billion to be taken from the police budget and redirected to community initiatives around youth employment and gun violence reduction. Scott Stringer and Shaun Donovan have called for smaller budget cuts, around $300 million. Eric Adams, a frontrunner and former police officer, has opposed calls to defund the police.

Reforming officer discipline and rules about where officers can live, may also be on the incoming mayor’s docket. Whether or not the new mayor manages to significantly change the way the NYPD operates will set the tone for the police reform movement nationwide. “Many see New York City as a litmus test for the Democratic Party’s views on policing,” WNYC reporter Brigid Bergin recently told NPR.

The winner of the mayoral election will lead the city out the crisis that took the lives of more than 30,000 New Yorkers and devastated the economy.

New York joins cities around the country with the massive influx of federal aid, after a year of concerns about budget shortfalls and unavoidable budget austerity. Some places are taking the opportunity to address longstanding issues like broadband internet access and racial inequities.

In New York, some are concerned that the money will be spent too fast on short-term projects. Most candidates’ recovery plans call for increases in city spending; on construction, on small businesses, on direct cash grants. In the near term, the recovery effort has been buoyed by a massive influx of federal aid.

Outgoing mayor Bill de Blasio’s $100 billion city budget for 2022, incorporates about $14 billion in federal assistance. Some of this funding is attached to mental health services and education, as well as investments in tourism and small businesses.

New York’s homelessness crisis has grown significantly over the course of the de Blasio administration. Currently, there are more than 47,000 people are in shelters on a given night, according to the New York City Department of Homeless Services.

Some candidates have emphasized the connection between homeless and affordable housing in their policy proposals. Shaun Donovan, a former housing official under mayor Mike Bloomberg and president Obama, has a multi-pronged approach that includes a rental assistance program and building thousands of affordable units. Maya Wiley has said she wants to “end evictions” and continue rent subsidies for people facing eviction due to the pandemic.

Several candidates, including Andrew Yang, have come out in support of expanding the city’s pandemic-era policy of buying and repurposing hotels to shelter people. It’s a policy that has taken hold around the country. Providing unconditional cash payments to low-income residents, is another measure to help with home affordability that most candidates support.

Riders around the world turned away from public transportation during the pandemic. In New York, Metropolitan Transit Authority ridership is still only at about 40% of pre-pandemic levels. Busses remain vitally important, though they navigate roads with fewer dedicated bus lanes than other cities. Shared scooters and bikes have become more popular, but they are still dangerous on roads where cars are king.

The candidates largely agree on some key changes, like improving the bus fleet and creating more dedicated bike lanes. The candidates have also coalesced around taking back more of the city’s street space from cars. They broadly support the longstanding plan for congestion pricing in Manhattan, and support plans to keep the Open Streets program in place beyond the pandemic. They’re policies in line with transportation planning happening in cities worldwide.

However, some candidates have put forth some more unique (and unlikely to prevail) policy proposals. Eric Adams wants to get rid of highways. Andrew Yang wants New York State to turn over control of the MTA to the city.

New York is still feeling the effects of Hurricane Sandy almost a decade later. And like cities around the world, it’s experiencing more extreme heat days with each passing year. The city has invested in some climate sustainable policy and projects, but has a long way to go to meet its stated goals. This slate of candidates has introduced a number of bold plans to meet the climate crisis.

Most candidates have put forth plans to reduce the city’s reliance on greenhouse gas-emitting fuels and turn towards renewable energy. The majority agree with the current mayor’s plan to ban natural gas use in newly constructed buildings by 2030. At the crux of Adams’ climate plan is to continue building out offshore wind energy.

The incoming mayor also needs to have a plan for flood resiliency. In some places, that means continuing to fortify the coastline. Elsewhere, the city government may increasingly have to navigate managed retreat; setting limits on where people may reside, and buying out flood-prone homes, a plan both Yang and Stringer have endorsed.