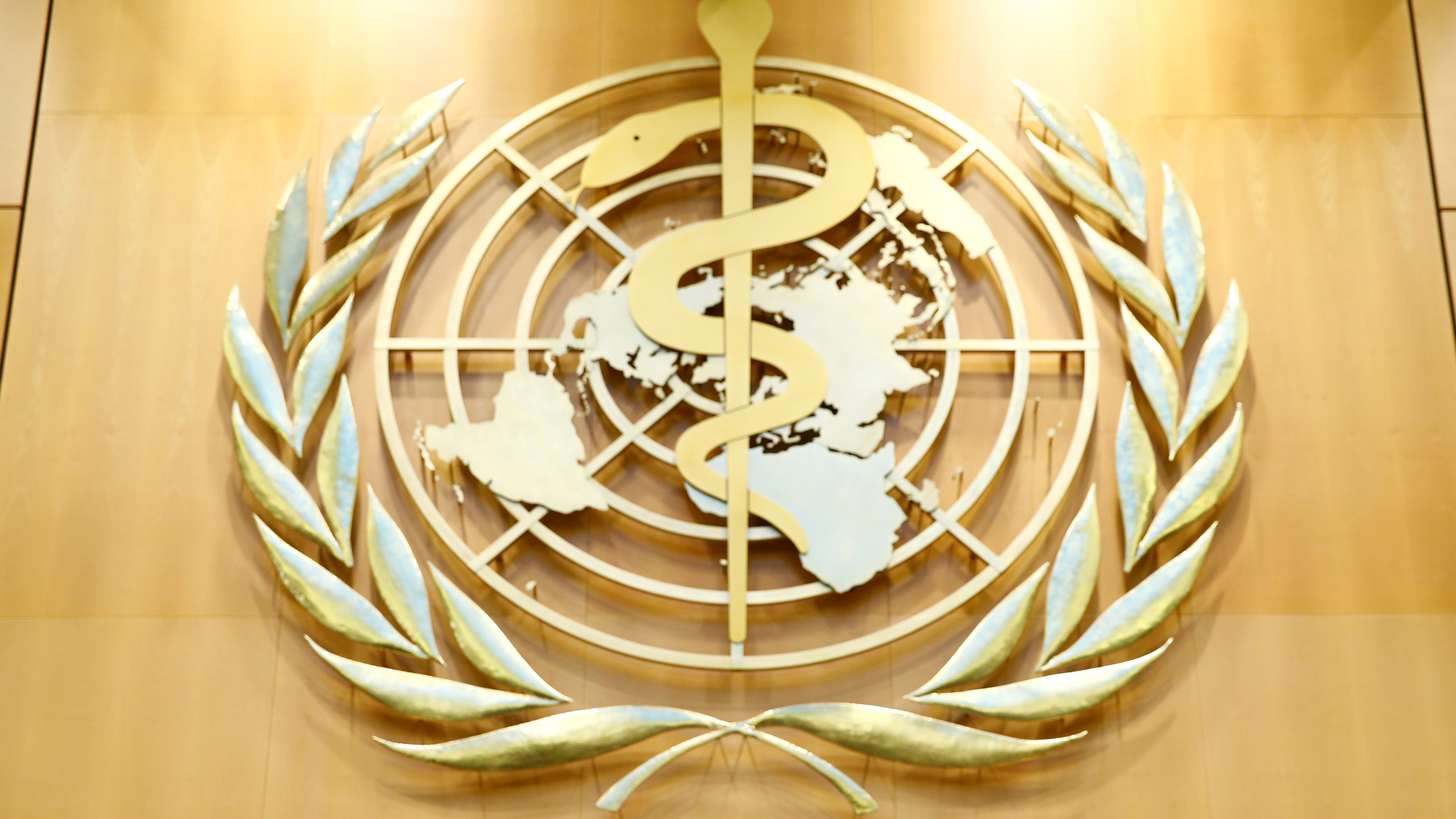 The World Health Organization (WHO) had a plan for this. If only somebody had listened.

In 2005—about 15 years before the novel coronavirus emerged—the global public health agency adopted a revision to a set of regulations that had guided its approach to disease control and prevention since 1969. In the new legally-binding framework, 196 countries committed to face together any future “illness or medical condition, irrespective of origin or source, that presents or could present significant harm to humans.” Under this new system, countries agreed to strengthen their public health capacities and notify the WHO of any such illness in their populations. The WHO would be the centralized body for all countries facing a health threat, with the power to declare a “public health emergency of international concern,” issue recommendations, and work with countries to tackle a crisis.

Faced with the sudden and deadly spread of Covid-19, however, the world largely refused to follow these guidelines. Countries imposed travel restrictions against the WHO’s recommendations. Some refused to share their data with the organization. Others banned the export of medical equipment, even in the face of global shortages.

The fact that some countries flouted the WHO’s rules reveals its limitations as the world’s public health agency. Even before this pandemic, the WHO faced challenges. It was under-funded and lacked flexibility (pdf) in how it could use its funds. As a result, it was often accused of genuflecting to individual donors and wealthy countries. And it suffered from what Ashish Jha, director of the Harvard Global Health Institute, calls an “identity crisis.” It was both a membership organization, and the world’s leading global public health agency. “When you’re a member organization, you don’t criticize your own members. But if you’re a global public health agency, you sometimes have to criticize governments who aren’t doing a good job protecting global public health.”

With these challenges in mind, public health experts like Jha see in this pandemic an opportunity for the WHO to convince countries that it needs more resources to do its job well—in essence, to make the case for itself, in a time when outbreaks of deadly diseases are becoming more common.

The WHO’s response to coronavirus

Ask public health experts how the WHO is doing in confronting Covid-19, and many will bring up the agency’s response to the 2014 Ebola epidemic, which ravaged Guinea, Liberia, and Sierra Leone. “It was a devastating disease for three West African countries, and you just had a sense that the WHO didn’t quite get it,” Jha said. Critics say the WHO was ineffective in tackling Ebola on the ground and took too long to declare the outbreak a public health emergency of international concern, which allows it to make non-binding “temporary recommendations” to member states.

The WHO’s response to Covid-19 has been radically different, said Ranu Dhillon, former advisor to the president of Guinea on the Ebola response. “It’s night and day.”

Chinese authorities reported a handful of cases of a mysterious kind of pneumonia in the city of Wuhan to the WHO on Dec. 31. The WHO issued its first official guidance on the novel coronavirus on Jan. 10. On Jan. 21, the WHO began updating the public through daily situation reports. The next day, the WHO director general convened the first meeting of an emergency committee. The committee labeled the novel coronavirus outbreak a public health emergency of international concern on Jan. 30, just one month after the initial notification from China. The WHO has since established a Crisis Management Team made up of UN agencies and led by the executive director of the WHO Health Emergencies Program to organize a coordinated health, economic, and social response to Covid-19.

“On balance, the WHO has done a really strong job,” Dhillon said. “It’s not been a flawless job, and I think responding to any emergency is not going to be flawless, especially one that is truly historic.” Jha agreed: “I think they’ve done a pretty darned good job with coronavirus. It’s been great to watch.”

Although many public health experts have praised the WHO’s response to this crisis, its limitations have been glaring. “WHO doesn’t have a ton of actual power,” Jha said. “Its power is all soft, social power; it’s what they can do in terms of bringing attention to topics, what they can do to help cajole countries—it can’t make countries do anything.”

For example, the WHO tried to send a team of 25 medical experts to China to investigate the outbreak on Jan. 30. It got permission to do so only on Feb. 10.

Because of its lack of enforcement power, the WHO is forced to rely on good relations with China—and other countries—to ensure it continues to cooperate on this massively complex global crisis. That sometimes puts the WHO, which likes to think of itself as apolitical, in an awkward position.

Critics have said the WHO was too quick to praise China’s response, for instance, despite evidence that Chinese authorities initially covered up the existence of the virus, allowing it to spread and, eventually, evolve into a pandemic. And a video released on March 28 by Radio Television Hong Kong appeared to show the head of the WHO’s Covid-19 research mission to China hanging up on a reporter who asked about Taiwan’s membership status in the organization. China has long prevented Taiwan from becoming a member of international organizations like the WHO because it considers Taiwan part of its territory.

In an effort to control the damage done by the interview, the WHO released a statement in which it said that “the question of Taiwanese membership in WHO is up to WHO Member States,” and that it was otherwise working closely with Taiwanese health experts. In response, Taiwan’s Ministry of Foreign Affairs said that the WHO imposed “unfair restrictions” on Taiwan “based on political considerations.”

Many within the WHO argue that their praise of China’s response is justified. David Heymann, chairman of the WHO’s advisory group for infectious hazards, said that China has openly shared information, while some other countries refused. “And these are…some of the major countries in the world,” he said.

Dhillon points out that healthcare professionals like himself have relied on China’s data and insights to fight the virus—data and insights that China could have stopped sharing any time. “It’s critical that [WHO] didn’t burn that bridge, because…there’s been so much understanding and knowledge and experience that has come out of China.”

Meanwhile, the WHO’s dependence on financial contributions from its members has also been evident during this pandemic. The WHO and other UN agencies have said they need $2 billion to fight Covid-19. They have so far received about $255 million—with another $34 million pledged—from governments and private donors. China has contributed $20 million and the United States $14.7 million—a combined 13.6% of the total received so far. That, according to Dhillon and Jha, may explain why the WHO has been reluctant to criticize China and the US for failures in their responses to Covid-19.

“America completely flubbed setting up the testing infrastructure,” Jha said. “Maybe WHO a month and a half ago should’ve called them out. And if they had done that, maybe it would have generated the kind of attention needed to get America moving. But…the cost to WHO would have been substantial, especially in this administration.”

And yet, Jha added, “The more I think about it, the more I wish they had.”

Despite the organization’s limitations, Dhillon said this pandemic has shown “the value that WHO brings to the table.”

Experts said the WHO’s role in supporting poorer countries in their response to the disease will be even more crucial in the next few months, as infections continue to rise in sub-Saharan Africa and Southeast Asia, where healthcare systems have fewer resources to cope.

But to orchestrate this response, the WHO needs more money—and it may be in a good position to ask for it, both during and after this crisis. “I’ve always seen WHO’s lack of funding as a symptom, not a cause, of their problems,” Jha said. “People don’t trust them, and that’s why they’ve underfunded them. And my hope is that, with their performance this time, we’re going to see a meaningful uptick in support of WHO.”

After all, “if WHO did not exist, how much worse off would we be?” he asked. “The answer is, I think, that we’d be much worse off. And so, if there’s ever been a time for WHO to make a case for its existence and a case for meaningful support, I think this is it.”