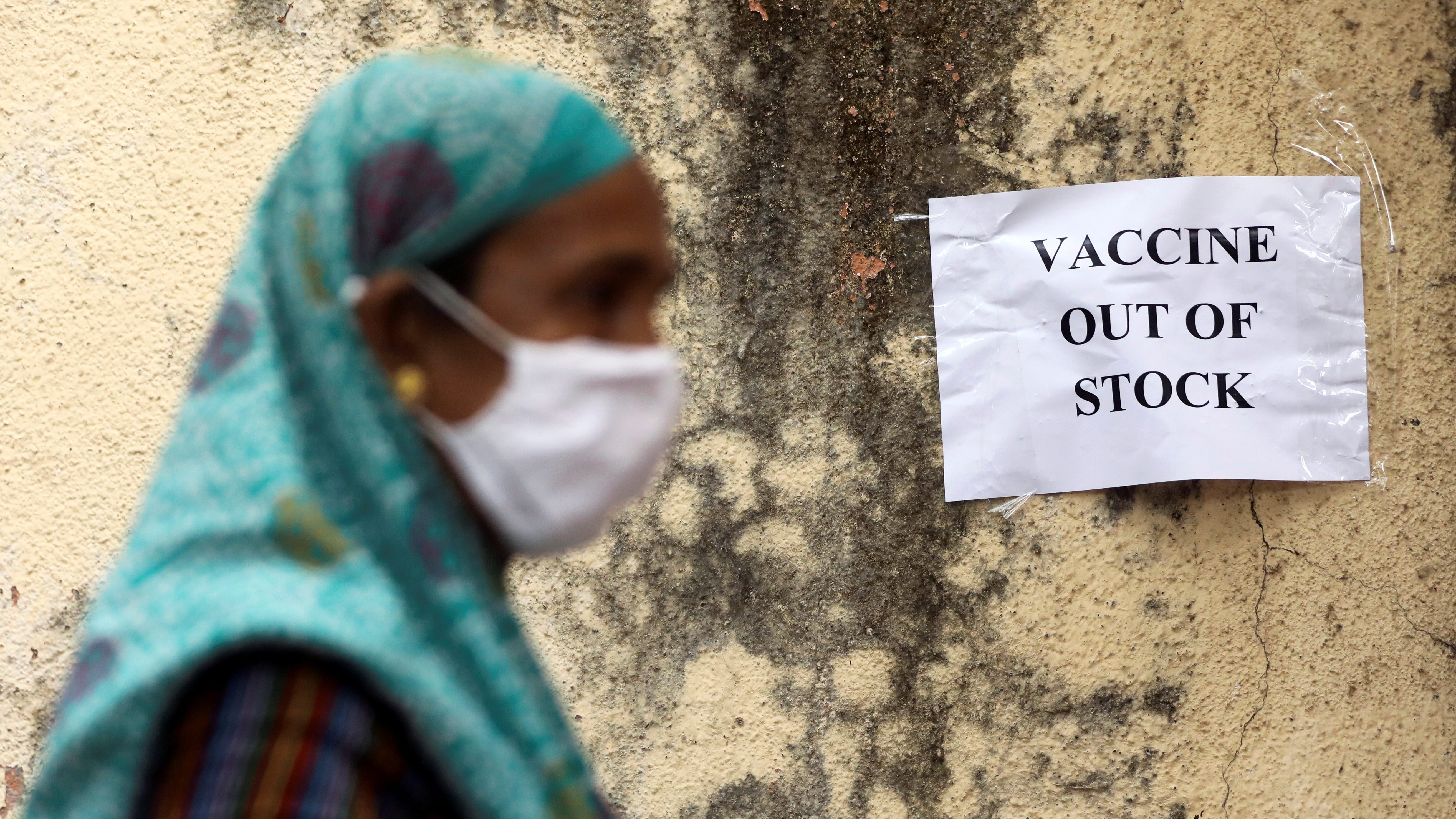 With never-before surges in Covid-19 infection every day, a vaccine shortage in India couldn’t have come at a worse time.

Mumbai, India’s financial capital, is experiencing its worst-ever wave of Covid-19 yet, and the most acute vaccine shortage in the country. Nearly half of the city’s 120 vaccination centres will be shut today (April 9) due to insufficient available doses. The state of Maharashtra, of which Mumbai is the capital, has sent repeated requests to the central government to send over fresh stocks.

States like Chhattisgarh, Odisha, Haryana, Andhra Pradesh, and Telangana have all reported a shortage of shots. The eastern state of Odisha had to shut down 700 vaccine centres because of low supply, the state’s chief minister Naveen Patnaik wrote in a letter to central health minister Harsh Vardhan yesterday (April 8).

The shortage at Serum Institute of India

Currently, all vaccines are disbursed to the states by the central government. Covishield, the AstraZeneca vaccine manufactured in India by the Serum Institute of India (SII), forms a majority of the immunisation programme.

SII has been under fire for not delivering vaccines on time, especially to countries with whom AstraZeneca has binding contracts. The British-Swedish drugmaker has sent a legal notice to SII to fulfil the vaccine shipments on time. Covax, the global vaccine-sharing alliance, had notified its partner countries on March 25 that there would be delays in shipments coming from India in March and April.

Adar Poonawalla, CEO of SII, has said that he is “very stressed” about the current situation, and would need Rs3,000 crore in aid from the government to speed up production.

The country is still far from its August target of inoculating 300 million Indians, which would mean 600 million shots of the two-dose Covishield or India’s homegrown Covaxin.

The shortage has also renewed the criticism against India’s vaccine diplomacy.

The Modi government has shipped over 64 million doses of either Covaxin or Covishield, either as part of the Covax agreements, as friendly grants, or under commercial contracts. The foreign ministry’s vaccine initiative, “Vaccine Maitri” (vaccine friendship) has been under fire from critics in the country, who argue that India should focus on vaccinating its population before eyeing geopolitical gains.

The shortage in vaccine supplies also seems to have hit this vaccine friendship initiative now. In the month of April, India dispatched only two shipments of the vaccines to Bangladesh and the Oceanic country of Nauru.

What could potentially help the dire vaccine situation in India is if the drugs regulator were to grant emergency approvals to other vaccine candidates in the queue.

India’s subject expert committee (SEC) on Covid-19 vaccines has been mercurial about granting emergency use authorisations. The committee granted Covaxin a restricted approval even without phase 3 trial data, and allowed Covishield to be used despite a lack of India-specific trial data.

But the same leeway has not been granted to Sputnik V, the Russian coronavirus vaccine. The Russian Direct Investment Fund (RDIF), Russia’s sovereign wealth fund that has partnered with Indian pharmaceutical company Dr Reddy’s for trials in India, has also received interest from several Indian drugmakers to produce its Sputnik V vaccine. Nearly five companies in India have tied up with RDIF, the latest being Panacea Biotech for 100 million doses.

Dr Reddy’s and RDIF have also lined up 250 million doses for India’s population over the next 12 months if the vaccine were to be approved.

India could also review its hesitance over allowing Pfizer’s mRNA vaccine from being approved in the country. The company was among the first to apply for an emergency authorisation in December 2020 but eventually withdrew its application because of demands for data that it could not fulfil at the time.