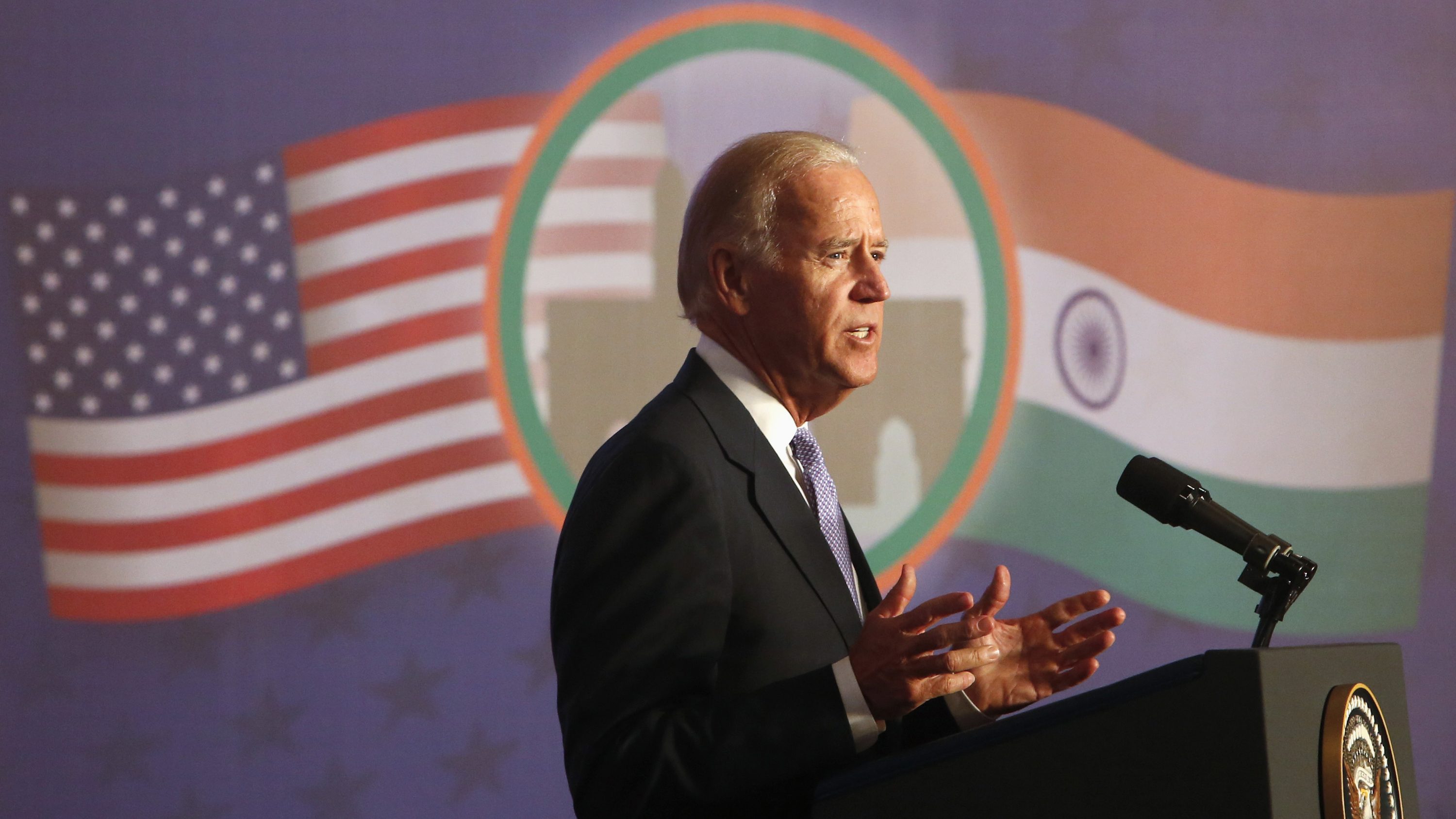 Democratic presidential nominee Joe Biden is on track to become the first presidential candidate to raise $1 billion (Rs7,460 crore) from donors in a single election cycle and a bunch of Indian-Americans may have played an important role in helping him get here.

At least two dozen people from the Indian-American community raised over $100,000 each for Biden and his running mate Kamala Harris, according to a list released on Biden’s website on Nov. 1.

This list includes Silicon Valley entrepreneur Ajay Bhutoria, who has been a top “bundler” (a political fundraiser who collect contributions from donors on behalf of a campaign) for the Democratic Party.

Bhutoria was elected as a Biden delegate earlier this year and serves on the National Finance Committee for Biden. In 2016, Bhutoria was part of the National Finance Committee for Hillary Clinton’s election, raising between $500 to $1 million. This election cycle, he also produced a campaign’s video titled “Chale Chalo, Biden, Harris ko vote do” (Keep moving forward, vote for Biden and Harris) to the tune of popular Hindi film Laagan to reach out to Indian-Americans.

Also featured on Biden’s list is Swadesh Chatterjee, a North Carolina-based leader and activist who was awarded the Padma Bhushan—India’s third-highest civilian honour—in 2001 in the public affairs category for building US-India relations. He played an instrumental role in convincing former president Bill Clinton to lift sanctions on India and led the US-India Friendship Council in 2008 to lobby for the passage of the India-United States Civil Nuclear Agreement under George W. Bush.

Shekhar Narasimhan, founder of super PAC (political action committee) AAPI Victory Fund, which focused on mobilising Asian American and Pacific Islander voters is also on the list, along with Frank Islam, an entrepreneur and philanthropist who migrated to the US as a teenager and went on to become a multi-millionaire.

Other notable names in the list include Congresswoman Pramila Jayapal and Netflix’s vice-president of content Bela Bajaria, who had also co-hosted the virtual Hollywood fundraiser headlined by Harris in September.

News reports have pointed that traditional Indian-American Democratic donors like hotel magnate Sant Chatwal are missing from the list. Before pleading guilty to making illegal contributions via straw donors during Clinton’s 2008 presidential campaign, Chatwal was a major fundraiser for Democratic candidates.

The total list of Biden’s deep-pocketed donors has over 800 names and Indian Americans are still just a sliver. “On average, Indian-Americans give more in campaign donations than most Asian Americans,” Islam said. “But we don’t contribute as much as White and Black Americans do. We still have a long way to go—but the good news is, we are heading in the right direction.”

At 4 million, Indian Americans are one of the fastest growing immigrant groups in the US and the second largest immigrant group after Mexicans. They are also among the most educated and affluent lot. Over two-thirds of the group said they’d vote for Biden. And this election, they have poured in more money into politics than ever before, putting their money where their mouth is.