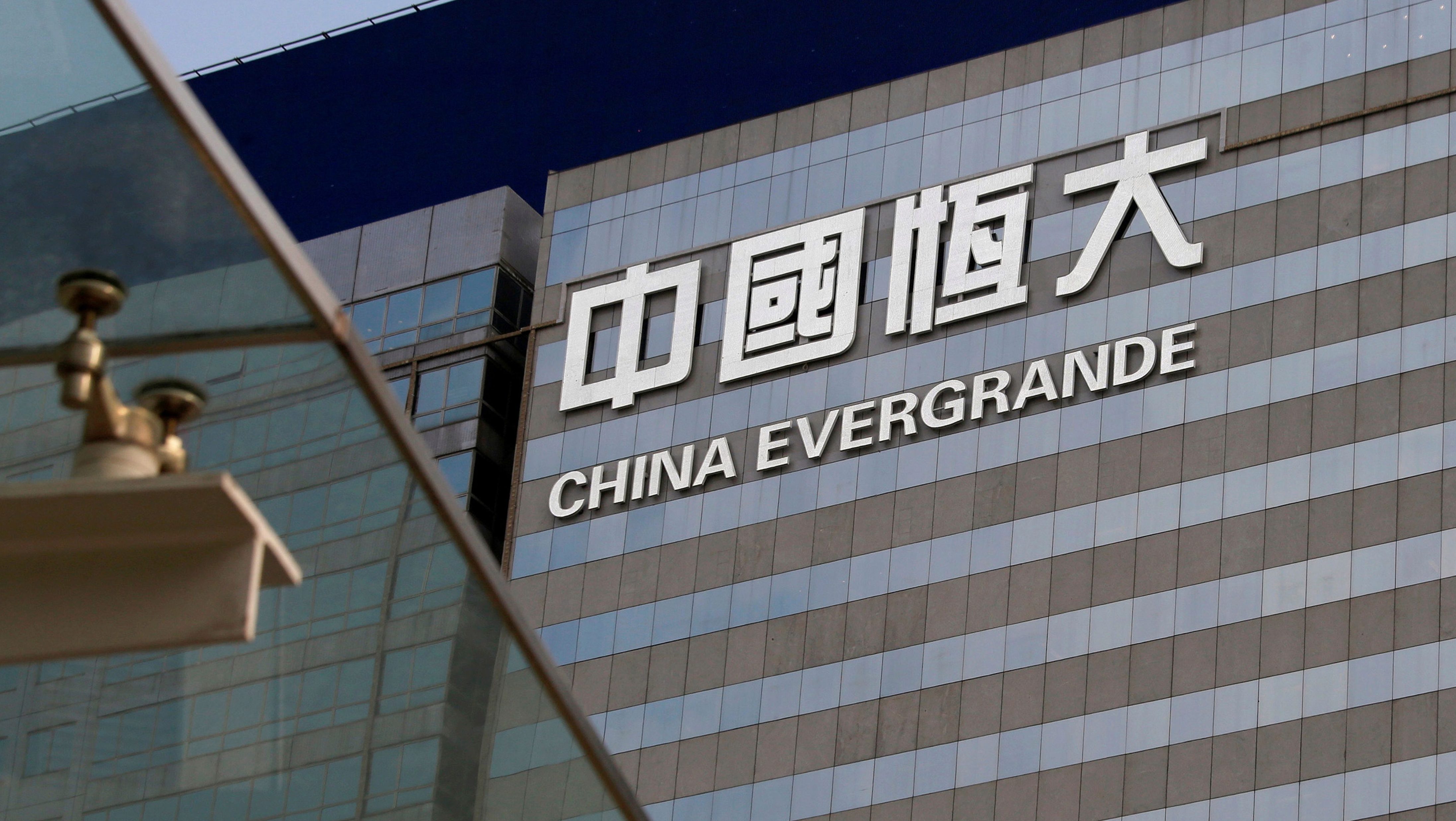 After seeming to ignore the troubles of indebted Chinese real estate developer, Wall Street woke up to its likely default on its bond interest payments this week.

Evergrande is struggling to manage its over $300 billion in liabilities including loans from Chinese banks and onshore and offshore bonds, as well as amounts owed to suppliers. The looming likelihood of it defaulting on interest payments due Thursday (Sept. 23) led Hong Kong’s Hang Seng Index to drop more than 3% on Monday while the Dow Jones Industrial Average closed down more than 600 points. While concerns about the Fed’s tapering also played a role in the US selloff, worries about Evergrande’s problems hurting China’s real estate sector more broadly, or spreading beyond China are rife.

In a letter (link in Chinese) to employees today, on the occasion of China’s Mid-Autumn Festival, Evergrande’s chairman Xu Jiayin sent holiday wishes to employees and said the company faces “unprecedented difficulties.”

“I believe firmly that through the hard work of managers and employees, Evergrande can weather its darkest moment quickly, will surely speed up the full resumption of work and production, and will surely achieve the major goal of guaranteeing the delivery of projects,” Xu wrote.

Many economists believe Chinese authorities will step in and organize a restructuring of its debt rather than allow the company to fail—given the millions of employees, customers, suppliers and investors who stand to be affected. The question is when.

Many investors noted that another Chinese developer, Sinic, plunged by nearly 90% in Hong Kong yesterday and are nervously looking ahead to tomorrow when Chinese markets reopen after two public holidays this week. Turmoil there could put more pressure on Beijing to act.

Evergrande, by the digits

2 trillion yuan (~$300 billion): Evergrande’s debts as of June, according to Caixin. The amount is equivalent to around 2% of China’s GDP

$669 million: the company’s total amount of coupon payments due by the end of the year, with the majority of that toward payments on dollar bonds, according to Bloomberg

$37 billion: the bills and trade payables the company needs to settle with contractors within 12 months from August, according to an S&P note last month

123,276: the number of its employees as of December last year, according to the company

12 million: the number of owners of its around 1,300 projects in China, according to its website

132 million square meters: the total gross floor area of its 787 projects under construction as of December. More than half of those projects have been halted, according to Caixin

231 million square meters: The size of its land reserve, according to its 2020 annual report

29%: the share of real estate and related industries as a percentage of Chinese GDP, according to an NBER paper by economists Ken Rogoff and Yuanchen Yang

40%: share of property in Chinese household assets according to HSBC. “The average [Chinese] urban household owns 1.5 residential properties and urban home-ownership is the highest in the world,” said the bank.

$75%: the haircut Evergrande bondholders are likely to take

84%: the percentage Evergrande’s share price have slid in Hong Kong year to date

99.99%: the chance that Evergrande cannot pay its interest due in the third quarter, according to a banker quoted by Caixin

???: the amount benchmark indices and other property developers could drop when China’s onshore markets reopen on Wednesday