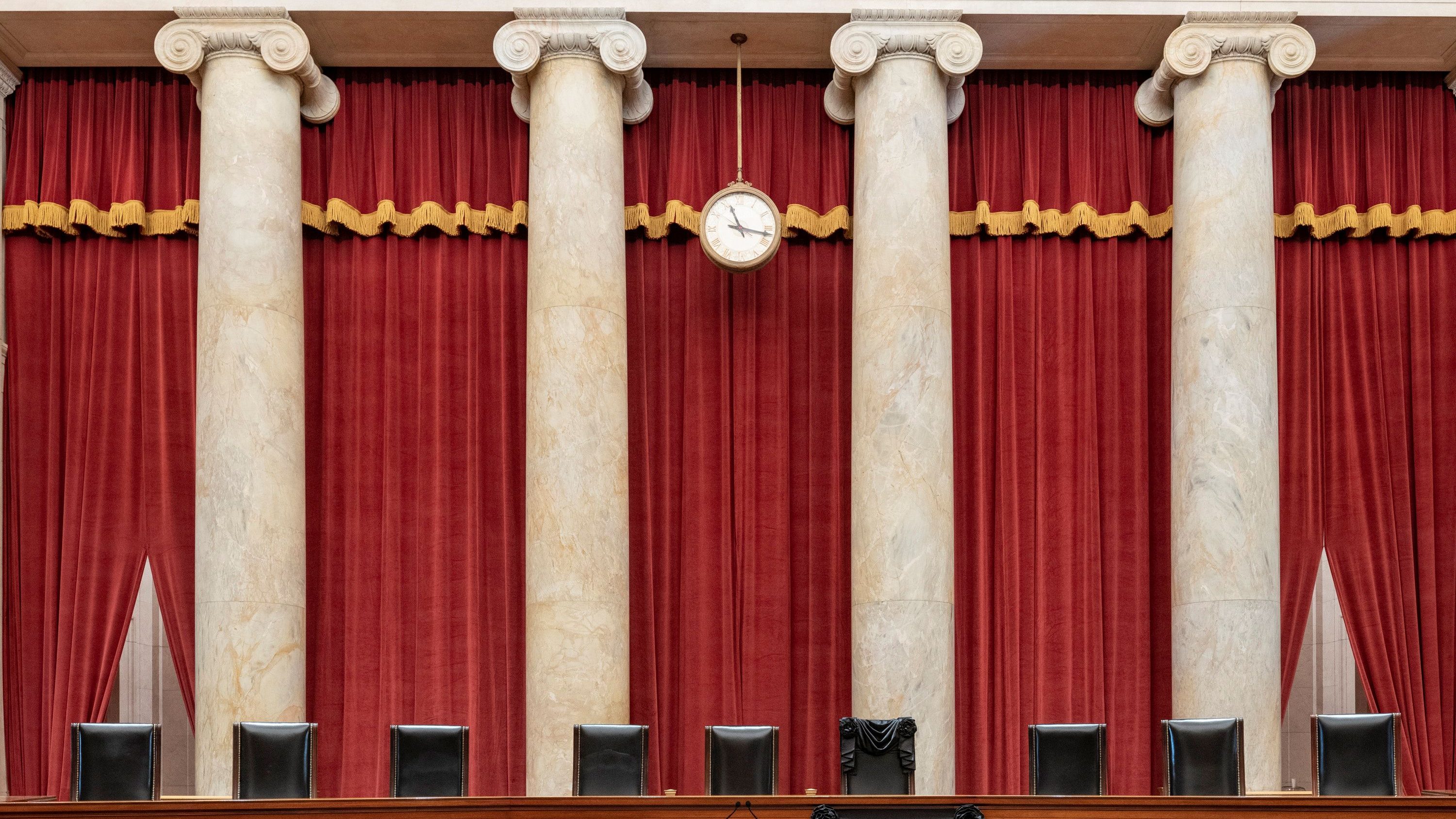 It might be difficult to pinpoint exactly when it began, but the US Supreme Court has become too partisan.

The rancorous national conversation following the death Ruth Bader Ginsburg has done away with even the slightest appearance that the two main parties see the court as anything other than an extension of legislative and executive powers. Justices are now appointed with the open expectation they will help advance their political agenda.

Justices have had ideological leanings since the early days of the court, but the relatively recent alignment between Republican politics and conservative values and Democratic politics and progressive ones has turned the court into a political battlefield.

With the current structure of the court, the risk of having a majority with strong ideological—and hence political—leanings is real. And a risk it is: Behavioral research has shown groups whose compositions represents multiple perspectives do a better job of making decisions.

A commonly suggested solution is expanding the number of justices in order to rebalance the court’s composition. But while it might work in the short term, it doesn’t eliminate the mechanisms that generate the imbalance in the first place.

Another thought is introducing term limits. Rather than receiving lifetime appointments, justices would serve for a limited term (for instance, 18 years). Retiring justices would be replaced by the president serving at the time, and the timing of the appointment would not become a matter of political wrestling. Term limits could reduce, or perhaps, end the partisan struggle over when it is appropriate to fill a court vacancy.

While the term limit would have important benefits, it could be combined with other reforms. In a 2018 paper, David Orentlicher, a professor at the University of Nevada at Las Vegas’s law school, suggests three additional ways to modify the court’s structure and procedures to guarantee its ideological balance.

A president’s nominees to the Supreme Court are now confirmed if a simple majority of senators vote in their favor. The party that holds the Senate majority can confirm a justice even if all members of the minority party are opposed. Requiring a supermajority—for instance, two-thirds of the Senate—would likely guarantee picks who seen as valid candidates even by the minority party. This, Orentlicher said, would likely weed out the potential nominees who adhere more strongly to a specific ideological leaning,  in favor of centrist nominees more inclined to compromise. Until recently, the confirmation process wasn’t so different: A nomination could be subject to a filibuster, and therefore nominees needed 60 votes for approval. In 2017, the Republican majority changed the requirement to a simple majority.

This could be accomplished through a constitutional amendment, or simply another vote to change senate procedure. As the threshold for confirmation was lowered to a simple majority, it could be raised back to 60 votes, or more.

Currently the Supreme Court also decides its cases by simple majority. Thus, a majority of ideologically like-minded justices doesn’t need to take into account the opinions of the court members who hold different views. Requiring a supermajority to decide (for instance, seven-two) or even unanimous decisions, would strengthen the chances of compromise.

Orentlicher also said it might be worth considering both reforms together—justices elected by a supermajority who then decide through a supermajority—in order to further protect against partisanship (which might happen if the Senate was two-thirds of one party, or seven justices were of a specific ideological leaning).

This change could also be mandated by a constitutional amendment, but justices could also, more easily, impose a supermajority rule on themselves as part of their Supreme Court rules.

If the nation can’t get away from parties wanting to pick justices that favor their policies, then let both parties have an equal number of them. This is somewhat similar to what happens in New Jersey’s Supreme Court, where Democrats pick three judges, Republicans three, and the governor chooses the seventh whenever it’s up for nomination.

But in Orentlicher’s view, there isn’t a need of an odd number, either. After all, it wouldn’t be the first time the court has had an even number of justices. “I am not worried about gridlock,” he says. “In game theory, you learn that when people are in an ongoing relationship where they have to deal with each other, that leads to more cooperation.” He believes the judges’ sense of responsibility for their role, and their desire to  have an impact on the law, would lead them to reach a decision.

Again, this could be accomplished through a constitutional amendment, but the Senate could also create a nominating commission comprising senators of both parties to recommend nominees. While the president would still be free to pick other nominees, the Senate could refuse to confirm them unless they are approved by the commission.