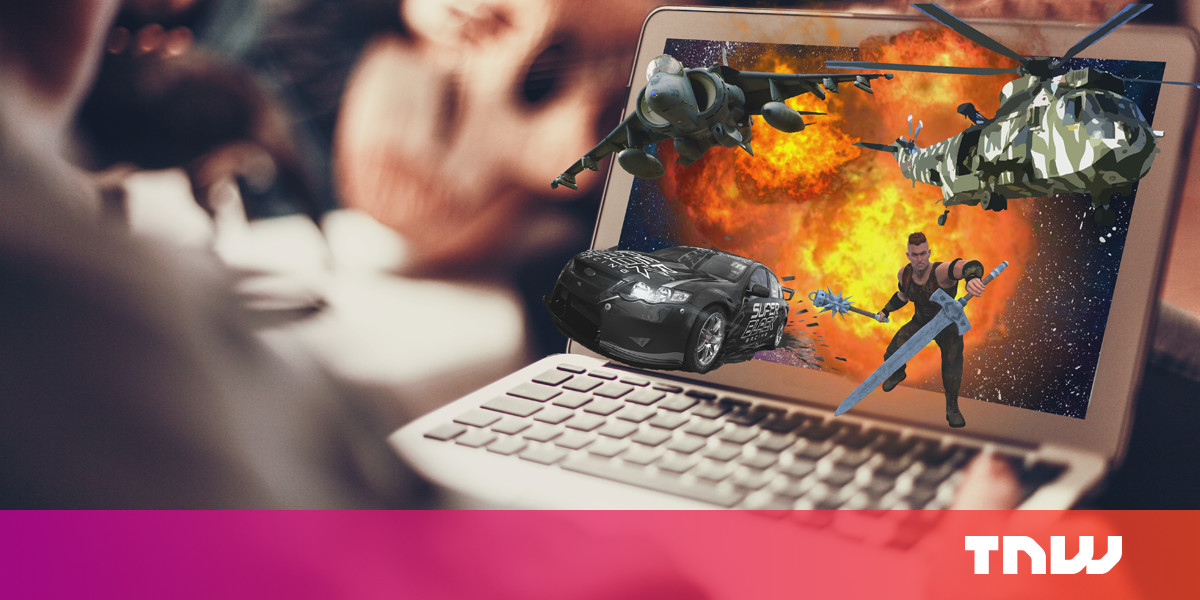 Welcome to TNW Basics, a collection of tips, guides, and advice on how to easily get the most out of your gadgets, apps, and other stuff.

Whether you’re still social distancing, stuck at home because of bad weather, or just don’t feel like getting out, logging on to a multiplayer game with your friends and family is a great way to enjoy each other’s company. Here are a few games we love and recommend trying with your crew, from the comfort of your own home.

Read: How to have a virtual dinner with friends or loved ones

Keep in mind, I’m going with games that can be played online, but not all of these are free. I get that you might not want to spend money on a game you’re only going to be investing time in for a brief period, but some of these games are too good to pass up.

As always, video games bring people together. Depending on your tastes, there are any number of online-based multiplayer games that you can enjoy with your buddies. If you’re feeling some battle royale fever, Fortnite (PC, PS4, PS5, Xbox, Switch, Android) is around as always.

I’ve been quite enjoying Call of Duty: Warzone (PS, Xbox, PC) as well — and considering the game accrued more than 30 million players in 10 days last year, I’m apparently not the only one.

While I wasn’t in love with it when it launched, Sea of Thieves has become a fun first-person pirate game.

There’s no time like now to get into a massively multiplayer online game. Some of the best at the moment include Final Fantasy XIV Online (PS, PC, Mac) and Grand Theft Auto Online (PS4, Xbox, PC; coming to PS5 and Xbox Series S/X in March 2022), and my dark horse candidate is probably Red Dead Online. Depending on whether you want fantasy, chaos, or cowboy, there’s an MMO for you.

Heck, World of Warcraft Classic  (PC, Mac) is still pretty fresh, and that’s something a lot of MMO newcomers can cut their teeth on.

There are games out there that don’t require you to throw yourself into a massive online multiplayer environment. For example, the delightful Stardew Valley (PC, Xbox One, PS4, Switch, iOS, Android) has a multiplayer component in which your friends can essentially become itinerant workers on your farm.

Minecraft is, as always, a staple for friendly multiplayer. Oh, and it’s available on just about every platform you can think of, including Linux.

If you’re feeling a little humorous, you can play your friends at Jackbox Party Pack, which you can get on just about every console and PC gaming store out there. You can partake of some pretty absurd party games with up to 10 participants. If you’ve ever played You Don’t Know Jack, you’ll get the gist of it. Jackbox Games published a tutorial explaining how to play its games over Zoom, Google Hangouts, and Discord.

Board and card games

If you’re feeling old school, there are several online board and card games that can be played with friends — not everything has to be a “video game” in the modern sense. You can play games like Monopolyon Pogo, though you have to create an account in order to start a game. I wouldn’t recommend playing it if you want to keep your friends, however — Pogo also has more placid, less rage-inducing games like Yahtzee Partyand Scrabble. You can also find a Chess game online, thanks to Tabletopia.

As for card games, both Uno is available online if you’re looking for a family-friendly option. PlayingCards has a few other card games you can play for free, such as Go Fish.

If it’s a tabletop RPG you want, Roll20 offers a virtual setup for everything from Dungeons & Dragonsto Call of Cthulhu. RPGs are a bit of a time investment, but I can’t think of any other resource we have in abundance at the moment.

Hopefully one of the above games on our list will help keep you and your friends occupied. Good luck!