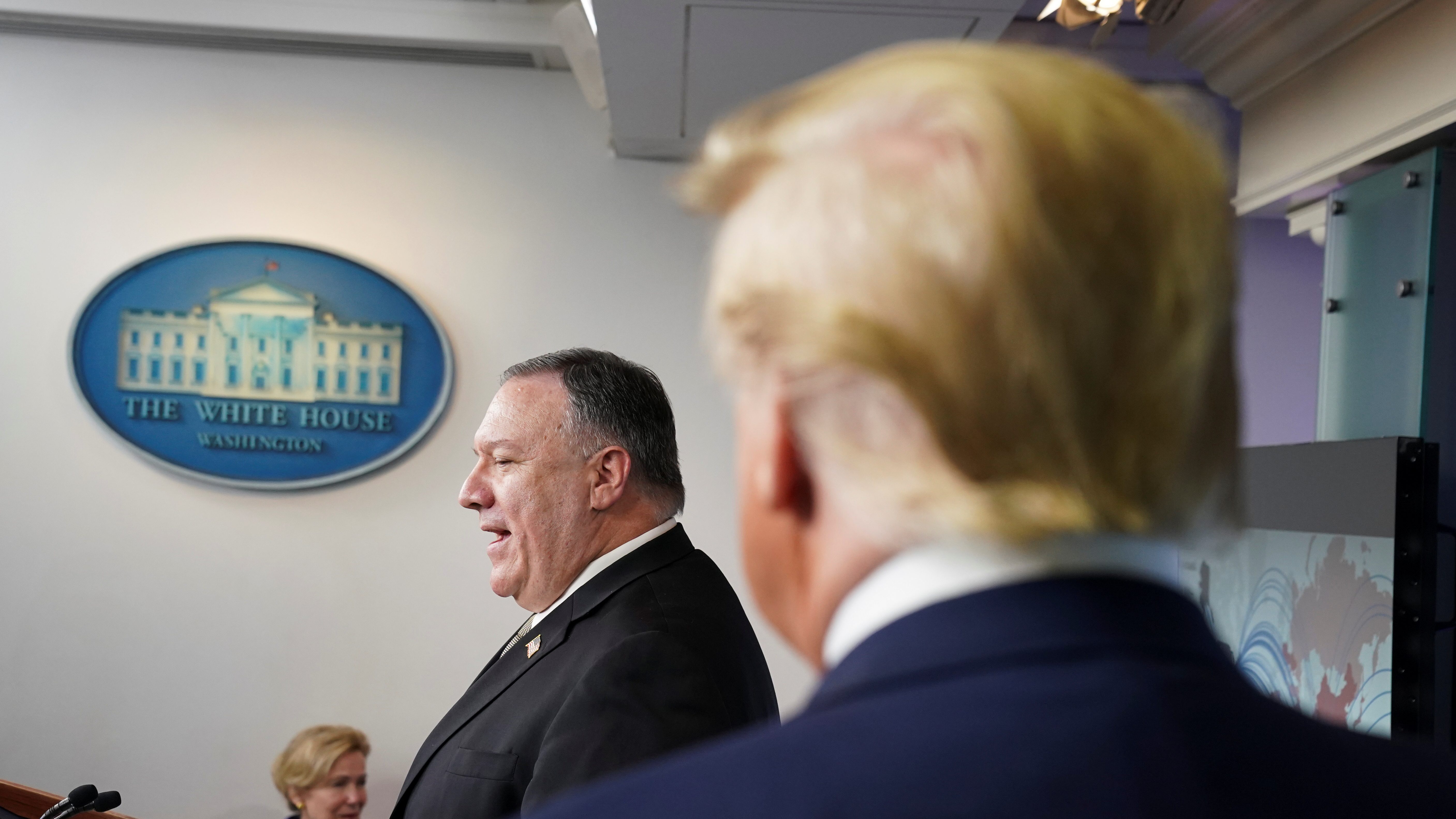 Fox News or Newsmax? That’s the choice of employment facing former Trump officials in the months after the US president lost his bid for reelection. There aren’t many other high-profile opportunities for members of a twice-impeached president’s inner circle.

Fox and its competitors in right-wing news are in an arms race to hire ex-Trump advisors, as part of a strategy to secure the allegiance of the former president’s 74 million voters—and prepare against the possibility of Trump launching his own media company. After a winter slump, Fox News has returned to the top spot in cable news TV ratings as the Jan. 6 storming of the US Capitol and Trump’s subsequent impeachment fade from the news cycle.

An important part of the network’s rebound has been its concerted effort to lure back the Trump-supporting viewers who changed the channel to other right-wing outlets like Newsmax in rebellion over Fox’s coverage of the 2020 election.

Pompeo was the most recent hire. “Mike Pompeo is one of America’s most recognized and respected voices on foreign policy and national security issues,” Suzanne Scott, the CEO of Fox News, claimed in a press release yesterday. Pompeo, a former congressman from Kansas and CIA director, has teased a run for US president in 2024 if Trump does not run again.

The four will join several former Trump officials who were already at Fox News or its parent company, the Fox Corporation, before he left office. They include Raj Shah, Trump’s former deputy press secretary who’s now a senior vice president at Fox, and Tom Homan, Trump’s former acting director of Immigration and Customs Enforcement (ICE) who is a paid Fox News contributor.

Newsmax, the right-wing network trying to siphon off viewership from Fox in recent months, didn’t want to get left out of the Trump hiring bonanza. It hired two former Trump aides as contributors last month: Jason Miller, Trump’s former top campaign spokesman, and Andrew Giuliani—the son of Trump’s personal attorney, Rudy Giuliani, and a former special assistant to the president. Chief among Andrew’s jobs was to coordinate sports teams’ visits to the White House. He now says he wants to be governor of New York.

To be sure, the practice of networks hiring ex-presidential advisors is bipartisan. MSNBC and CNN both hired former Obama officials, including David Axelrod, Obama’s former chief strategist, and Robert Gibbs, his former press secretary.

But there is typically not much more to it than wanting to hire the biggest names possible to appear on TV. For Fox News, it appears to be central to its business strategy. It wants to win back the hearts and minds of Trump fans while staving off any attempt by Trump to launch a rival network of his own. Fox has made it so Trump doesn’t even need to start “Trump TV.” All that’s missing from Fox now is Donald Trump himself.